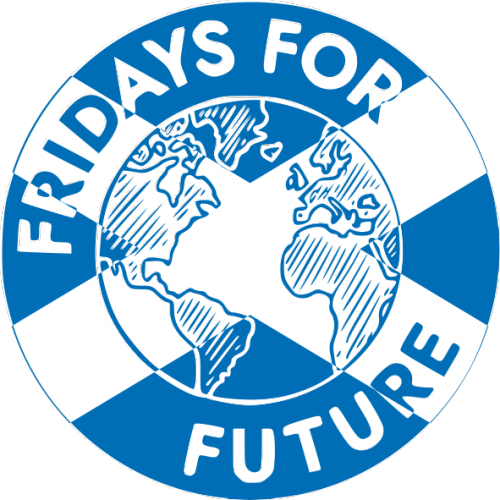 On Friday 20 September, the week of climate action started with a global strike for climate. Around the world, people took to the streets to protest against the destruction of our climate with an incredible total of 7.5m. There was a strike on every single continent, including Antarctica, with school strikers calling for adults to join with them for the first time. In Scotland, we had a total of 40,000 strikers which is equivalent to 1 out of 125 people. Edinburgh had a large march with over 20,000, as did Glasgow with 15,000. We even had strikes as far north as Lerwick and on Iona, as well as Ullapool and Elgin. What followed this was a jampacked week of events and demonstrations.

Throughout the week we had events such as the ‘Day of Death,’ where Scottish Youth Climate Strike (SYCS) organised die-ins, a ‘Day of Discussion’ in which we created a document called the Scottish People’s Climate Action Declaration, which was presented to some MSPs later in the week on the ‘Do What’s Necessary’ day, and received support from every party. We had a ‘Day of Education,’ as one of our demands is to teach about the severity of the climate crisis in our schools. Since we’ve had lots of support from EIS, the largest teaching union, this day was a massive success. It was an incredible week, and at the end we had 20 pages of sign-ups!

After the week, it has been a mix of down-time and figuring out what SYCS will do next. Internationally, discussions started about the date of the next global climate strike which has now been decided as Friday 29 November. Despite the massive protests, we know we can’t go away as the government still is not doing enough. On the 25 September, there was a vote in the Scottish Parliament on the climate bill. It increased the target from reducing emissions by 70% by 2030 to 75%, which is a large step in the right direction. However, it needs to be more as this does not guarantee a safe world for the next generations to grow up in. The Scottish Government still says it is doing enough, yet it is spending £6bn on upgrading two roads to dual carriageways, with a measly £80m for public transport and cycling. So, it is very clear to us that we have to keep up the pressure.

Our organisation skills have improved massively since the first global climate strike on 15 March 2019: we have strong outreach plans and large followings on social medias, just to name a few. We’ve expanded from only having a few strike locations to multiple ones in every nook and cranny of Scotland. We’ve also grown relationships with media, which has helped spread awareness of the climate crisis and encouraged more people to come out and protest with us. The media attention we received was insane, and we were on the BBC multiple times throughout the day and we’re still finding articles and television segments we didn’t know happened.

So, what’s next? There’s been a lot happening and coming up in the climate movement at the moment. The Amazon rainforest is still on fire, and we’ve seen hurricanes breaking records yet again. Extinction Rebellion (XR) spent two weeks in London, as well as across the world, fighting for the future through civil disobedience. While we do not endorse all the actions taken by XR, it has been extremely helpful in aiding our movement with resources and have gotten lots of people talking. XR was met with a horrendous police response – with people being arrested simply travelling in taxis and illegal ID checks being performed. This response reminds me of a terrifying statistic for climate activists – that three of us are killed every single week, particularly indigenous activists. We constantly call for climate justice, but things only seem to be worsening, so we’ll fight even harder. We have our next global strike date tying in with Black Friday, as we know that consumerism has large effects on our planet. This strike will be in solidarity with COP25 in Chile, a United Nations summit on climate change which will be hosted in Santiago de Chile the week after. This event is a large deal, especially since Glasgow will be hosting it next year and so we are already beginning organisation for this. The school strikers are determined, and we most certainly will not be going away for a very long time.