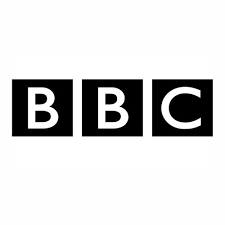 For a few days following the general election there was a distinct whiff of sulphur and brimstone in the air, and the smell still lingers. The true nature of the Tory agenda was rapidly becoming clear and revealed a government which seemed intent on acts of petty (and not so petty) revenge.

On 6 July 2015, John Whittingdale, Secretary of State for Culture, Media and Sport (CMS) revealed ‘the BBC will take on the cost of providing free television licences for those households with over-75s’ and ‘the Government [is] pleased that the BBC has agreed to play its part in contributing to reductions in spending’.

At a stroke and behind closed doors, Fagin’s boys had deftly dipped around £700m from the corporation’s annual budget. Ironically, an earlier deal in 2014 for the BBC to take on the full costs of around £245m of its World Service operation was rumoured to have been agreed in order to avoid the Corporation being forced to take on the pensioners’ concession.

Now it’s perfectly proper to argue that in a period of austerity the BBC should take its fair share of budget trimming, and a case can certainly be made that this particular pensioner concession (originally awarded as a ‘sweetener’ by Labour) should be shouldered by the BBC. But that’s not the point I wish to make.

Not only was this deal done in the dark but the timing could not have been worse. The BBC’s whole scope, structure and funding is up for reconsideration. The decision of the BBC Trustees to meekly acquiesce and accept this deal without any public debate could still prove fatal to the independence and health of the broadcaster.

A principled response to government pressure would have been the threat of resignation by Rona Fairhead, and would have brought the Machiavellian manoeuvres of the Department of CMS into the full light of day. Such a stance would also have revealed what threats were used by the government to force such an early and humiliating defeat upon those responsible for running the BBC. A swift response à la Sturgeon might have been a braver, riskier but ultimately wiser rejoinder.

Just ten days after the pensioners’ concession announcement was made, Whittingdale was back in the Commons, this time to launch a Green Paper on the future of the BBC. The consultation is to cover the BBC’s overall purpose, the services it should provide, and its funding, governance and regulation. This was hardly a surprise, especially since the licence fee settlement is due to expire in 2016 and such renegotiations are expected to be tense and tough.

The Green Paper was, however, a pre-emptive strike with a far wider and, it has to be said, far more threatening agenda than any licence negotiation. The government’s aggressive stance became even clearer when the composition of the advisory panel appointed by the Secretary of State was announced.

Examining its composition reveals that despite his avowed admiration for the core values of the BBC, Whittingdale has manifestly failed to respect the ethical pillars of fairness and impartiality in his selection of a band of advisers not one of whom has been identified as an ally of the BBC. So far, in dealing with the licence fee negotiation and the forthcoming enquiry into the future of the BBC the government has had nothing whatsoever to say about the role of the public and any voice the audience may have in these deliberations.

There is no doubt there are questions to be asked about the BBC’s conduct of its affairs. It has made some spectacular and serious gaffes both on the human, ethical and management judgements over the Savile affair and in its squandering millions in its failed and subsequently scrapped Digital Media Initiative.

The Board of Trustees (and its predecessor the Board of Governors) has not impressed in its leadership and management. Of course, the BBC has not always been in the wrong. Director General, Greg Dyke and its Chair, Gavyn Davies, resigned over the Gilligan Affair when the management and the (then) Governors would have been right to stand firm, admit some editorial shortcomings and fight back against the bullying tactics of government ‘advisors’ notably Alastair Campbell.

The point is that the BBC has a duty to hold power to account and not surprisingly ‘power’ just doesn’t like being held to account, especially when it harbours a strong sense of entitlement.

The Tories’ behaviour since May 2015 has put the BBC on notice that it is under an existential threat. This is bullying of a high order, taking strength and courage to criticise government action when the institution’s throat is grasped by the hands of those it proposes to hold to account.

So far there is little evidence those in charge of the BBC’s response are robust enough to take on these tactics – which is why Fairhead’s decision not to challenge the government’s pre-emptive strike could still prove fatal.

So it is all the sadder to note in Scotland support for the BBC has been seriously eroded. Confidence is lower in Scotland (48%) than any other part of Britain and it’s not hard to see why. Poor general coverage of Scotland as a nation and accusations of lack of impartiality during the referendum campaign have weakened Scots’ confidence.

Its Scottish management failed to give any notable coverage to a highly detailed research report from the University of the West of Scotland which landed substantial critical blows on the BBC’s journalism in the run up to the campaign, accusing it of in-built pro-union bias. Curiously, the BBC team fielded no fewer than four of its top managers wriggling uncomfortably before the Scottish Parliament’s Education and Culture Committee in an effort to defend themselves and their impartiality.

The SNP’s broadcasting policy for an Independent Scotland rests on a seemingly simple and uncomplicated proposal for a Scottish Broadcasting Service which would take over BBC facilities, staff and real-estate in Scotland and would have full access to BBC1/BBC2 for Scottish viewers in return for supplying a range of programming as it presently does to the BBC Network.

This whole proposition needs a great deal of critical examination. One example: much of BBC Scotland’s current contribution to the UK network consists of ‘warehoused’ programming which boosts apparently ‘Scottish’ production quotas. Such programmes, like ‘Waterloo Road’ and ‘Question Time’ could be made anywhere and have no distinctive Scottish cultural content. It’s hard to see why the ‘rump’ BBC would entertain such an unattractive deal. An independent Scotland would also need to ensure that its worldwide influence is facilitated in any broadcasting settlement.

It can be convincingly argued Britain is a world leader in soft power, the non-coercive exercise of influence. One of the principal currencies of this power or influence is culture – and here is one of the major reasons why the BBC is of such huge international significance. It’s trusted by millions because it’s usually right in its facts and its approach and has a mission to ensure it remains so. It’s arguably the world’s biggest and finest cultural organisation which commissions more drama, funds more orchestras, provides factual programmes and popular entertainment of such overwhelming quality than any other. Its website is one of the world’s most visited.

Back home it has been suggested the BBC should cut down on its more popular (read downmarket) shows, most of which it is argued can be provided by commercial alternatives. Here’s the heart of the Catch 22 – if the BBC provides great ratings success it’s accused of unfairly competing with commercial rivals like ITV. If it doesn’t, it leaves itself open to accusations of cultural elitism and of neglecting its duty as a public institution to inform, educate and entertain all its stakeholders, and not just a few.

Now it’s emerged the Tories have in their sights selling off Channel 4, another remarkable and unique British institution. It’s the job of government to satisfy itself that such important institutions are fulfilling their brief in an efficient and cost-effective way. So yes, the BBC and C4 need careful scrutiny and good governance, not overt threat; not covert attack. A government which fatally weakens these institutions will not easily be forgiven by the voter, nor, I suspect by much of the world at large.

Leslie Mitchell is a former radio and TV producer. He was a senior teaching fellow at Stirling University in film, media and journalism until retiring and has written books on television production management and freelancing in the media and contributed to publications on broadcast journalism.