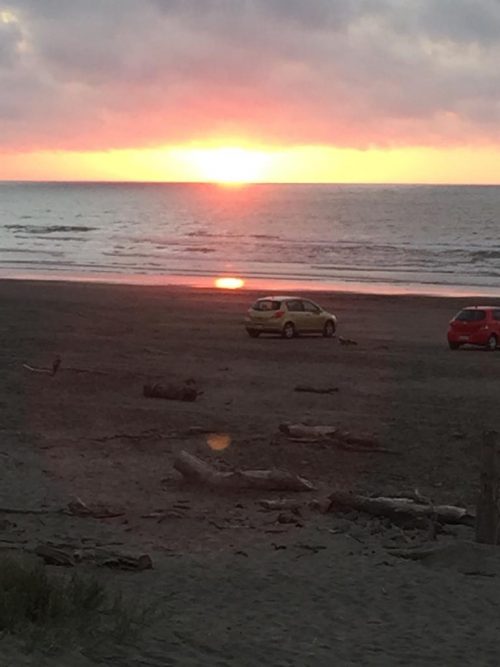 Carol Jess says to the left if that’s where you want to get to don’t start from here.

Over the years, New Zealand (NZ) has often been taken as a good example in many progressive political and economic debates. This September, New Zealand will celebrate the 125th anniversary of (almost) universal suffrage, while our third female Prime Minister in 20 years has just returned to office from 6 weeks maternity leave. Along with the progressive, however, come the ideals of neo-liberalism, embedded in NZ culture since the mid-1980s introduction of ‘steroid pumped Blairism’ as Cat Boyd put it in the last issue of Scottish Left Review (106). There was some amelioration of its effects by the Clark government, but neo-liberalism has remained the benchmark of NZ politics at least until now.

The Growth Commission Report (GCR) regards NZ as one of three small countries contributing to a hybrid model on which a future Scotland’s economy could be based. For those of us on the left looking at the features of the hybrid model searching for the NZ influence there’s a difficulty in reconciling the ambition of a productive economy with the notion of a fair and inclusive society. At A1.89 the Growth Commission goes so far as to praise NZ’s neo-liberal reforms which, they assert, led to the economy performing well over the past 20 years. According to the report ‘a significant portion of this growth has been due to growth in hours worked (low unemployment and high participation rates, favourable demographics, and very strong rates of net migration)’.

This ‘rock star economy’, according to William White, former chief economist of the Bank of International Settlements, however has not resulted in wage growth, rather the opposite, with NZ remaining a persistently low wage economy. In addition, over the past 20 years, NZ has also had one of the lowest wage and salary shares of country income in the OECD. Legislative changes to liberalise employment law in 1991, in tandem with the neo-liberal structural adjustments, can be seen to have caused this. Post-1991, NZ may well turn out to be an unfortunate warning of the post-Brexit labour market, should the Dominic Raab view of unfettered labour markets take hold.

While the NZ of 1991-2017 might not be a viable starting point for a new progressive Scotland, there are some grounds for optimism. The new Labour-led government is now consulting on new employment legislation with the goal that the restoration of workers’ rights, and of union power to more freely organise and bargain collectively, will go some way towards re-balancing the rewards of productivity in the economy. Yet coincidentally on 28 August 2018, the PM and Finance Minister launched the ‘Business Partnership Agenda‘, with its subheading ‘Partnering with business to develop a productive, sustainable and inclusive economy.’ At first glance, there are many similarities between this and the Sustainable Growth Report.

NZ’s fiscal responsibility and monetary policy also come in for GCR commendation. Current Finance Minister, Grant Robertson, has committed the government to tight public borrowing and spending limits, with the focus on deficit reduction. This is in line with the Clark government of 1999-2008, and other centrist governments across the OECD. Changes, however, are coming to various areas of fiscal and monetary policy, in an attempt to create a more progressive and fair economy. One of the changes, introduced in a Policy Targets Agreement with the Reserve Bank (March 2018) and due to be an amendment to the Reserve Bank Act, was not just to set out specific targets for price stability but a requirement that this be done with consideration for sustainable employment outcomes.

One of the least progressive areas of policy in NZ is that of the ‘simple and clear’ taxation system, said to work in favour of investment, business and therefore the economy. A working group has been set up to examine the structure, fairness and balance of the system. One on-going issue is the lack of a capital gains tax, thought by many to have contributed to a lack of capital investment in the productive economy and over-reliance on property investment. Further regressive issues with the tax system are the lack of any personal income allowances, and the existence of a flat rate Goods and Sales Tax (VAT) applicable to all purchases of goods and services. It is, however, unclear that these every day regressive taxes will be examined.

One major addition to the discussion of the economy that Scotland may want to examine is the introduction of the ‘Wellbeing Budget’ in 2019. Given the apparent success of the NZ economy in traditional measures, as opposed to the reality of life for NZers, the aim is to focus government spending on improving quality of life through the ‘Living Standards Framework’. This is to be done by ‘growing the country’s human, social, natural and financial/physical capitals’, rather than simply the financial/physical capital measures generally used. This should allow a more critical approach to economic success to be taken, adding some nuance to the blunt object of GDP.

Many of the new government’s policies could be described as continuing to put a human face on capitalism but the shift from treating the economy as an end in itself, measured solely through GDP might give hope for future change. While I would not recommend taking the NZ of the last 20 years as a starting point for a future Scotland, it’s possible that the NZ of the next few years could be a more hopeful addition to the hybrid model.

Carol Jess is an affiliate of the Faculty of Law, University of Otago (Dunedin, NZ) and a member of the NZ Labour Party.