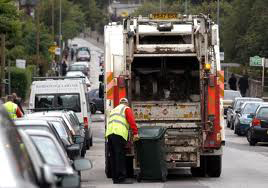 Covid-19 has highlighted two fundamental things about council services. The first is that these services and the workers who provide them have been absolutely critical to managing the pandemic. Council workers – many of them low paid women – alongside even poorer paid colleagues in the community and private sector, have been on the front-line of dealing with the pandemic. They have continued to provide care and other vital services throughout the lockdown, often to the most vulnerable members of our society and often at risk to themselves and their families. Many have worked from home, putting in long hours and taking on additional duties to ensure that essential services are maintained and children and vulnerable adults are protected. Others have set up new services, like the care hubs which have cared for the children of essential workers and our most vulnerable children. This has been well recognised with weekly claps for carers and others earlier in the lockdown. References to ‘unskilled’ work have been replaced in the political rhetoric as communities recognise the worth of these workers. However, this is not reflected in their pay and conditions.

The second is the clear fact that council services have been woefully under-resourced over the past ten years. Already dealing with massive cuts to their budgets, councils’ response to Covid-19 has brought many to the brink of financial ruin. The budget shortfall for Scottish councils is estimated by UNISON to be around £1 billion. The additional monies from the Westminster government, if finally passed on to councils by the Scottish government, will barely touch the sides of this massive funding gap.

What councils are dealing with are the ongoing effects of austerity – the strategy whereby government used taxpayers’ money to bail out the banks at the expense of public services. Many economists said at the time that this wouldn’t work. Now even more are saying it has failed.

UNISON fought at the time to get this message across to our members and the wider public that austerity would be bad for communities and bad for the economy. The union pointed out that healthy public services are integral to a healthy economy because public service workers spend in local shops and businesses and pay their taxes. In 2010, public service workers spent 70p in every £1 earned in their local economies. As jobs have been lost, and pay freezes and caps have kept wages artificially low, with many council workers dependent on top-up benefits and living on the poverty line, the amount spent in local economies has lessened with a knock-on impact on shops and businesses.

Many on the left warned that we were not ‘all in this together’ and that council services are much more important to the poorest in our communities. Yet whilst council services have been cut to the bone, and food banks are on the rise, alongside child poverty, zero hours contracts and insecure labour, the wealthiest in our society have amassed more wealth and paid fewer taxes. Research by the Equalities Trust has shown that the 1,000 richest people in the UK in 2018 had a total wealth of £724bn, an increase of £274bn in five years.

Scotland is not immune. Government figures from 2015-2018 show that income inequality in this country is also growing, with the top 10% of the population earning more than the bottom 40% combined. Nor is the Scottish Government innocent when it comes to attacks on council budgets. Holyrood has passed on more cuts to councils than even came down from Westminster. Figures from the Scottish Parliament Information Centre (SPICe) show that between 2013/14 and 2018/19, the real terms local government revenue settlement decreased by 7.5% whilst the Scottish Government’s revenue budget reduced only by 2.8%.

So what needs to happen now? Proper funding for council services is an obvious priority. It is clear that the money is there. The Westminster Chancellor of the Exchequer has rightly pulled out the stops to provide for furlough schemes, PPE and testing regimes. But let’s also not forget how much money has gone to Tory cronies in the private sector for services that may or may not have been delivered.

We need to build from the fact that our council workers have been valued so highly throughout the pandemic. Their worth in the eyes of politicians, the media and the wider public must not be allowed to plummet again and we must demand that it is reflected in how we assess their pay and conditions.

We must demand braver use of the powers the Scottish Government already has – more progressive taxation and the will to tackle the regressive council tax. We need to get away from viewing borrowing for long term investment as solely ‘debt’ and see it as a positive strategy to build a fairer and more sustainable society; and we need a national care service, publicly funded and run, which does not allow profit to be made out of social care. The time is now for the Scottish Government to decently fund councils with less central control, to enable them to fulfil their role in promoting social wellbeing and responding to local needs.

The massive underfunding of public services was always a political choice and I see worrying signs that as Covid-19 cases begin to lessen and we look towards a recovery, the same messages as before are creeping into the narrative – messages that we need to ‘tighten our belts’ and that ‘we are all in this together’. This has to be resisted at all costs. Those of us who care about a more equal society need to begin exploding the myths about council services being a drain on the economy and show how they are absolutely fundamental to a healthy economy. The alternative doesn’t bear thinking about.