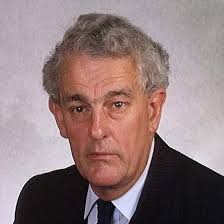 I was speaking at a miners’ justice meeting in Edinburgh when they news came through of Tam’s death. Poignant, as he had given his unwavering support to the Polkemmet miners during the 1984-1985 strike, naming the future head of MI5, Stella Rimington, as a regular attendee as a security services observer on the Whitburn pit picket line.

Tam was my greatest political friend and a mentor for almost 30 years. He was without doubt one of the greatest parliamentarians of the last 50 years. An old Etonian with a cut glass accent who lived in the historic family castle at the Binns, he may not have seemed to have much in common with his working class constituents in communities like Blackburn, Armadale, Fauldhouse and Whitburn. But Tam was genuinely loved by the people he represented and developed a tremendous relationship with them.

Whether it was car factory workers at British Leyland, the steel workers at Menzies or the women at Plessey, he represented them all. He had the memory of an elephant and had tremendous recall for names – a great political skill and made many lifelong friends amongst the thousands of constituents who benefited from his help.

On one occasion, my brother had to go to his surgery for help. On turning up, the smell in the small community centre office was horrendous. Tam took details of the case and had a ten minute chat, apparently oblivious to the foul smell – only on leaving did John notice that Tam had a very large peacock shit on the front on his shoe. He kept a number of the birds at the Binns.

Tam was completely committed to public service and along with his wife, Kathleen, they were a brilliant and dedicated team dealing diligently with tens of thousands of cases in the days before computers and email. The ink pen and scrawled letter was Tam’s preferred method of communication. He was a very kind and funny man who enjoyed laughing at the absurd, with great guffaws and heaving shoulders.

In Parliament, Tam was fearless and said that his public school education at Eton gave him ‘the hide of a rhino’. It made him un-embarrass-able, and with that he often found himself out on his own campaigning on issues that the Labour leadership or government of the day would rather he kept quiet about. But that never deterred Tam.

There was not a chance of him keeping quiet. He saw it as his absolute duty to speak up and on issues he felt strongly about and do his very best for the people he represented. On huge issues such as Iraq, Lockerbie, the Falklands, devolution and much, much more he spoke up. And when he did, people listened.

He pursued issues with 100% commitment and dogged determination. His work on the Falklands and the Belgrano almost brought about Thatcher’s resignation. His work opposing devolution saw him tour the country debating the future of Scotland with Jim Sillars and, despite them being on opposite sides of a very passionate debate, they remained good friends. That was the way he did politics. He often said to me ‘disagree with people politically but don’t fall out personally.’ I’m afraid I may not have totally lived up to his mantra.

He visited the Middle East many times and had an interest in the region because of his father’s work there during and after the Second World War. Along with people like George Galloway, Alice Mahon and Tony Benn, he used every parliamentary device to try and prevent British military action in Iraq. Tam had served in the army so could not be accused of being a cowardly pacifist but he consistently opposed military intervention abroad.

Tam had a contact book that was the envy of every MP and always fiercely protected his sources. This served him well over the years. In the 1970s and 1980s, he fought huge battles with the then SNP leader, William Wolfe, for the West Lothian seat. Wolfe at one point reduced Tam’s majority to just a few thousand. However, his campaign against devolution the following election, saw him secure one of the largest majorities in Scotland.

As a parliamentarian he was the best of the best. If many of today’s politicians had an ounce of Tam’s independence of mind and were more willing to ignore the diktat from party managers our politics would be in much better shape. Tam was a school teacher, a scientist – writing a weekly column in the New Scientist – a bee keeper, an author, a socialist, a unionist, a parliamentarian, a father, a grandfather, a friend and a great, great man.

Neil Findlay is a Labour MSP for the Lothians