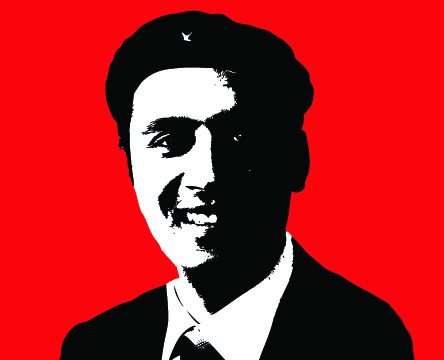 Anas Sarwar MP, the Deputy Leader of the Scottish Labour Party, made a set piece speech in February setting out his pitch for the principles that should guide Scottish Labour’s policy. 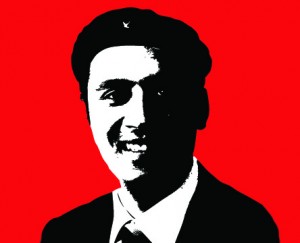 It’s a speech that has been attacked from the left and the right. It has also been misquoted and misrepresented. So it’s worth reading in full, on the Scottish Labour website, rather than relying on the commentary. I am reviewing the speech here because I blogged a reasonably supportive view. It was probably more generous after I read our comrade Editor’s blog on the subject. It’s not the first time one of Robin’s somewhat excitable rants against Scottish Labour has inspired me to provide some balancing comment! Although in fairness he has also been critical of SNP economics.

The irony of course is that I am an unlikely candidate for a supportive review of anything Anas Sarwar might have to say. I didn’t support Anas as Deputy Leader largely because he was a Vice-Chair of Progress, although he has subsequently resigned that post. I am also not a great fan of professional politicians, although in fairness he did at least do a real world job. His strengths are presentational rather than ideological, so a policy speech on political values isn’t his normal territory.

So what did he say? The introduction covered some common Miliband themes of social justice and inequality, broken politics, attacking the banks, energy companies and tax dodging. While not new, these are themes even the right recognises are dangerous for them. Even Cameron is at least talking tough on tax dodging and energy prices.

His pitch for Scottish Labour’s principles of Community, Solidarity, Fairness, Equality and Social Justice won’t find many opponents within the Scottish Labour Party. I would add a few more, but one step at a time, common ownership of the means of production is probably still a bit outside his radar!

When politicians like Anas Sarwar make the case for tackling poverty and inequality, try some modest encouragement, rather than simply dismissing them as liars

Within these principles he included a number of lines that you would not have expected from what many on the left regard as a New Labour clone, including:

“Our economy must be driven not by the value of our currency, but the values of social justice. So that it acts yes to create growth and wealth, but crucially uses that wealth to create a more equal and fairer society.”

“And when companies like Amazon avoid paying their share, how is that company rewarded. Not with scorn and public condemnation but with millions of pounds in Government grants. And not so much as would you please pay your workers the living wage or please pay your taxes?”

“We must now promote the Living Wage throughout the public sector and into the private sector through both Local Authority and Government procurement.”

“We live in a country where today the only growth industry is inequality.”

And there is more but you get the gist.

Now, I and many others on left have bitterly complained that Labour politicians don’t use this sort of language enough. Peter Mandleson being, “intensely relaxed about people getting filthy rich” typifies the line. Politicians with Anas Sarwar’s political background certainly don’t normally use this language. So when they listen, and Anas to his credit has done a lot of that recently, and then articulate the language of social justice – it’s not helpful to call him a liar. In fact it is not just unhelpful; it’s the worst sort of politics.

Even if you think he is strong on rhetoric and light on action, so are those who attack him, as exemplified in the timid Yes Scotland response to the STUC’s A Just Scotland initiative. As Professor John Kay, a former SNP advisor put it, pro-independence campaigners; need to “get beyond vague aspirational statements of a rather ludicrous kind”. Talking of the need for powers to tackle poverty was not the same as identifying specific policies that could tackle poverty, he warned. Issuing wish-lists and making promises while avoiding tough choices on tax, spending and debt placed people in “cloud cuckoo land”.

And on the subject of action. While of course Labour in power could have done more in tackling poverty and certainly inequality, it is simply not true that they did ‘little’. Most policy analysts agree with the Joseph Rowntree Trust’s recent report on poverty in Scotland that concludes that the “Labour Government has taken poverty and social exclusion very seriously, marking a clear distinction from recent previous administrations”.

Gordon Brown’s budgets, 2001 in particular, invested heavily in children and poorer families. This is supported by Professor Jonathon Bradshaw who says that progress was due to cash transfers from rich to poor. As a result, 1.2 million children were lifted from poverty with about one million prevented from falling into poverty. I could go on, but my real concern over the ‘Labour did nothing’ line is that it plays into the Tory argument that money spent on anti-poverty work is wasted.

I would also give credit to Ed Miliband for not taking the advice from Progress on welfare cuts. They argued that public opinion supported cuts and that is where Labour should be. But Miliband rejected that cop out and decided to stand up for the millions, mostly in work, who will suffer. He picked our side of the argument and we should support, not condemn him, just because he doesn’t follow someone’s prescription down to the last letter.

Anas Sarwar’s speech wisely targeted the references to universal provision, learning lessons from the less well crafted Johann Lamont speech on the subject. However, this is an area that attracts much criticism and his speech does use the language of political priorities that can be portrayed as attacking universalism as a principle.

Now I believe very firmly in universal services funded through progressive taxation. The main advantage of universal services is that they can reach everyone on the same terms. The main objection to universal services is their cost. Targeting is often presented as being more efficient, less money is spent to better effect, or as Johann Lamont argued, the poor pay for the rich. However, there are problems with targeting because recipients have to be identified; administration is complex and expensive to run. There are often boundary problems caused by trying to include some people while excluding others. Targeting and means testing sometimes fail to reach people in need.

I would also argue that there is a political trap in simply targeting public services on the poor and disadvantaged. The risk is that you lose middle class support for public services if they view the welfare state as irrelevant to them. This means Scottish Labour’s policy review needs to think through these issues and leaders should be very careful about the language they use.

Having made the case for universalism we should also remember that we don’t have universal services at present. We have a mixed economy and political judgements are made about universal and targeted on a case by case basis. This means that political parties do have to make decisions on their priorities, even outwith the current spending cuts.

In this context, the suggestion that the Scottish Government is the champion of universalism is absurd. There is no universalism in slashing college budgets. The regressive Council Tax freeze that disproportionately rewards wealthy households, is not universalism. Particularly when councils are forced to increase charges for other aspects of what is claimed to be ‘free’ care for the elderly. And Kenny MacAskill clearly wasn’t much bothered about universalism when he introduced plans to make workers contribute to criminal legal aid, when they are prosecuted by the fully funded state.

You simply can’t have Scandinavian levels of public service on US levels of taxation. John Swinney has clearly said that a post-independence Scottish Government would not increase personal taxation and would actually cut Corporation Tax. If you really believe in universalism then you have to make the tough political case for funding it.

For all the talk of priorities the most interesting part of the speech for me was when he, at least partially, tackled the issue Johann Lamont ignored – taxation. While his focus was on geographical redistribution he also pointed to a gap in Nicola Sturgeon’s speech, which he argued had, “No progressive argument in favour of those with the broadest shoulders sharing the biggest burden. How can you talk about social justice without talking about wealth redistribution?”

So overall it wasn’t the speech that I would have written and of course it doesn’t go far enough. But it was none the less a significant move in the right, or left, direction. For a former Vice-Chair of Progress to even talk about wealth redistribution is real progress with a small ‘p’. It is a recognition that faced with the most reactionary government for a generation; this is the territory Scottish Labour needs to occupy. Anas Sarwar may not be a conviction politician, but he appears to at least recognise that Scottish Labour needs more than managerialism to motivate members and capture the support of Scottish voters.

So finally, I have a radical suggestion to those on the left who share the aim of creating a fairer Scotland. When politicians like Anas Sarwar make the case for tackling poverty and inequality, try some modest encouragement, rather than simply dismissing them as liars. Achieving a fairer Scotland requires a broad based coalition that includes electable politicians to turn the ideals into action.