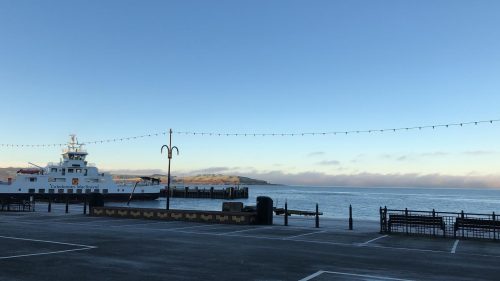 Peter Henderson surveys the dangers of freeports and wonders whether the SNP’s ‘greenports’ policy can square the circle.

The latest UK Government proposals to regenerate the economy are freeports while the Scottish Government’s alternative has been labelled ‘greenports’, incorporating aspects of its Fair Work and Net Zero agendas. The freeport concept is, of course, not new and has been tried in many jurisdictions before. In essence, goods and materials can be taken into an area (which is much larger than the port itself), manufactured, and then re-exported without the payment of duty or tax. Elsewhere in the world, the nomenclature is normally ‘free trade zone’ and, sometimes, ‘export production zone’.

Notwithstanding the differences in emphasis between the Scottish and UK governments’ version, there are no union recognition agreements that are enforceable and no stipulations where companies are registered. This is important in terms of accountability if things go wrong – as experience shows, they often do. If the operators are not registered in the UK, how can they be meaningfully acted against? How can employment rights be pursued? There are no guarantees that at least the Scottish living wage will be paid, no guarantees that UK health and safety regulations and laws will be applied. How will environmental rules and regulations be applied? And if so, how will they be enforced?

Freeports can work and provide employment, but they also require to be strictly controlled. Examples are rife of counterfeit products being transferred through them. Goods such as stolen artwork, smuggled goods, goods that have infringed trademarks have been trafficked though freeports. Freeport, therefore, have potential undermine trade and with it the wider economy.

As such we must ensure that HMRC has the powers to intervene, and that environmental health, Scottish Environment Protection Agency (SEPA), trading standards and port control can all apply all their appropriate controls. Freeports could be hugely damaging to the environment with the possibility of heretofore banned substances leaking into the surrounding area or passing into local economies.

There is a major danger of employment displacement not only in the locality of the freeport but in areas far from their actual location. There is, of course, an immediate threat to local jobs and local economies and local workers’ rights, but the freeports invidious reach is much greater. The attraction to concentrate industry in one centre for tax benefits is easily understood but all of the downsides need to be considered.

There are security issues too – not only local but national ones too. There is the obvious risk to goods being fed into the economy. Goods from Freeports, being duty, VAT and tax free, could be diverted to the home market and not exported, so undermining revenue and taxation income, and the domestic industry leading to loss of employment. Freeport companies still make their profits but their cheaper goods into home markets have major effects if there are no checks and controls. For example, goods can be ‘lost’ in transit between sites, with environmental risks if there are not adequate controls. For example, there are potential threats in terms of illegal goods, counterfeit goods, illegal chemicals, firearms and other potentially hazardous materials. All could leave the freeport unchecked or unverified as such because in a sense as they were ‘never there’.

Then there are the challenges faced by the local authorities in the places where the freeports are located. On the environmental front will they have responsibility for cleaning up any mess if things go wrong or worse? What future for local regeneration planning in the face of such unfair competition? Crucial also is the potential to misunderstand what a twenty-first century ‘freeport’ actually is. It’s not just a coastal port as it can include airports and sites quite far inland too. Often, they are industrial estates, usually a fenced-in area of up to 300 hectares.

While research and development of green technology and net zero targets may benefit from freeports, is there not an alternative system that can be put in place under existing controls and protections? On enquiring if there would be recruitment for additional control staff and inspection, I am informed that there are no plans to do so. It’s ironic that the freeport model is on the retreat in other parts of the world and the EU, though possibly another consequence of Brexit. After a career in customs and excise in the UK and overseas jurisdictions and now a senior local government elected representative, I appeal to all involved, both at UK and Scottish levels, to think through all of these issues.

SNP Councillor, Peter Henderson, is the Leader of South Ayrshire Council. He continues to be a Prospect union member. He was previously a lay official for a number of civil service unions and is currently a Con-vention of Scottish Local Authorities (COSLA) representative.