The decade-long attempt to position left-of-centre parties further into the centre ground has failed, as Henry McCubbin shows in the Euro election results

The 2009 European elections must surely make Europe’s socialist parties realise that triangulation with capitalist forces leads to nothing less than political strangulation. The pathetic state of the British Labour Party is the most telling. The distribution of support is clear from the table below. The party has fallen to third place behind of all things UKIP. Labour’s precipitate decline has been on its way from before they hopeless Jack Straw change the voting system in such a way as to concentrate power over candidate selection to the centre. A policy which is the only discernable consistent one in the numerous constitutional tweaks brought in under New Labour.

The cliff-like decline in support only has its comparison with the decline of the economy under Gordon Brown and is shown below in election-on-election series. Labour’s contribution to the socialist struggle has been a negative one with its instructions to its MEPs through the despicable privatiser ‘Postman’ Pat McFadden, to attack workers rights whether so-called posted workers or all workers through their blocking tactics over working time. In fact the only positive contribution they made was to reduce the number of MEPs to send to the European Parliament where you could discover Dutch liberals with a better left voting record that Labour MEPs like Cashman.

What is now clear is that the EPP conservative alliance has reinforced its positioning and will clearly be the dominant group although there total number of MEPs has been reduced and their votes merely stabilised in comparison to 2004. Right0-wing leaders in power have however been confirmed as the first political force like Sarkozy and Tony Blair’s friend Berlusconi.

The big losers were undoubtedly the socialists, who not only diminished their delegation, but also keep enlarging the distance between them and the conservatives. Additionally, they lost their positions at the national level in several countries, including the UK where they are the governing party. Liberals roughly kept their parliamentary representation, losing only two MEPs, but approached the socialists in terms of parliamentary balance as the later shed 20 seats, five being formerly UK Labour. The Greens were the only group to raise its representation significantly (41 to 50 seats, just under 25 per cent), while the GUE-NGL (the Left group where the EL members in the EU are represented) diminished its representation from 37 to 34 MEPs, thereby losing any representation from Italy where the left broke into small fractions and won nothing. We need only to look at the left’s scattered support in Scotland to see that such behaviour is not nation specific.

However, beyond the general picture, there were mixed messages from the electorate around Europe. For example in Portugal the Left Bloc (EL member) and the Communist Party had altogether more than 21 per cent of votes (10, 7 per cent both) and Bloc significantly tripled its representation having now three elected MEPs. In Germany, Die Link elected one more MEP and in France, Front de Gauche elected two more. In Cyprus, AKEL (EL observer party) kept its strong position, only a few decimals behind the conservatives with 34 per cent of votes. Elsewhere other smaller progressive and left parties had positive results in Europe. Greece did provide some respite in that the left including PASOK overtook the right. We can safely assume that the social turmoil last winter in Athens where the left sided with the young demonstrators may have contributed to this situation.

In general however, the results for the Left, together with the socialist’s results and the fact that the latter are in power in several countries implementing contested policies, such as Portugal and Spain (where the right wing won), is a reminder about the challenges and difficult tasks for the Left to build and publicly deliver an alternative political programme, recognisable as such by the electorate.

The wide electoral empty space presented to the alternative Left and those of progressive social protest, created by the socialist parties and the failure of the dominant neo liberal model of development, remained therefore still unoccupied in these elections by radical thinking from any sort of unified political movement of the European left or in many cases nation state left political field. Overall and even including the results of the Greens (such as in the UK and specially France, where they more than doubled the result), it was mainly the right wing that took over dissatisfaction across the EU. This fact must not be exaggerated since it was also accompanied by a general stabilisation of voting compared to 2004. More than that, for instance in Portugal, the winning right party had a result not far from its historical lowest level.

On the other hand, the increase of conservative support was also worryingly linked to the right wing extremists in some countries. This is a particular danger for democracy and another challenge to democratic forces willing to constructively protest, attracting votes and building alternatives. The European Left had alerted to this problem already in its electoral platform (see SLR Issue 51 (March / April ‘09), characterised not only by the general crisis but also by deep dissatisfaction and mistrust in politicians and their lack of ethics, patent in the UK with the scandals of private expenses made with public money. 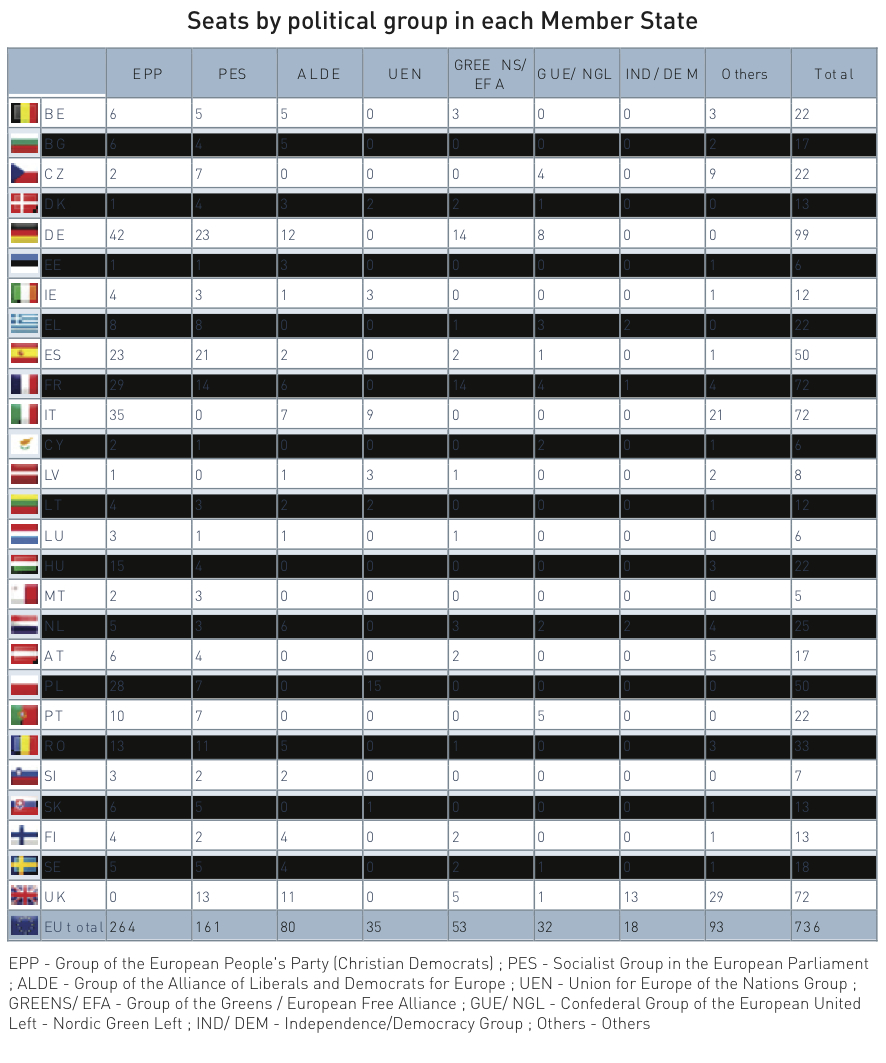