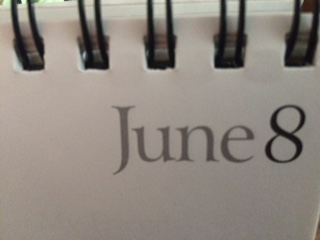 The recent past has indicated that inviting the public to participate in the political process in elections and referendums leads to unintended consequences. Theresa May’s decision to call a snap election in an attempt to secure a clear mandate for her premiership and the ‘hard Brexit’ her party have been championing undoubtedly falls into that category. As the exit poll was announced on the stroke of 10pm on Thursday 8 June, it appeared that a surprising result was once again on the cards. Indeed, Mrs May had lost her majority.

The Prime Minister’s reluctance to enter into television debates and the uncertainty over the start of Brexit negotiations appeared to weaken the Conservative claim that they would continue to be a ‘strong and stable’ government. By contrast, Jeremy Corbyn – who has faced down several mutinies from within his own parliamentary party – extended his popularity from the wider Labour membership to the electorate at large. The Corbyn surge, it appeared, was quite real, but the momentum came a little too late to propel Labour into power.

Nevertheless, momentum creates perception. Despite returning just 262 seats (albeit 30 seats more than in 2015), the fact that Labour had polled 40% of the vote meant that the election looked to be a success for Corbyn’s Labour. The fact that opinion polls early in the campaign had the Conservatives much further ahead – in some, by as many as 18 points – meant that the narrowing of that gap was treated as a major victory. By contrast, despite winning 55 seats more than Labour, and taking over 13.5 million votes, the inability of Mrs May’s Conservatives to achieve a majority was perceived as a defeat – both for her party and the Brexit plan they had proposed. The losers were winners, and the winners were losers.

Across the UK, the picture was similarly mixed. The tension between perception and reality, between winning and losing, was blurred. In Wales, polls early in the race had suggested the Conservatives were in line to be the largest party. However, the ‘Corbyn surge’ propelled Labour to 49% of the vote, three seat gains from the Conservatives and a significantly buoyant mood as they continue to govern in the Welsh Assembly. Plaid Cymru took Ceredigion, the last remaining Liberal Democrat seat in Wales, but that gain aside it was a disappointing night for the Welsh nationalists, with their vote share down 1.7% and expected successful challenges in Ynys Mon and the Rhondda failing to materialise. So, an increase in representation, but more broadly, a backward step for the Welsh nationalists. And while UK-wide the Liberal Democrats increased their seat total, the loss of their sole Welsh MP, coupled with the loss of former Deputy PM, Nick Clegg, in Sheffield Hallam, meant that their night was one of mixed fortunes too.

In Northern Ireland, 17 of the 18 seats were won by the Democratic Unionist Party (DUP) and Sinn Féin, with only (former Ulster Unionist and latterly Independent Unionist) Lady Sylvia Hermon able to break the polarized duopoly. The more moderate parties on both sides of the constitutional divide – the Social Democratic and Labour Party (SDLP) and the Ulster Unionist Party (UUP) lost three and two seats respectively as voters fell back to entrenched positions. The collapse of the Northern Irish Assembly – which, after March’s elections, remains without a government – had an influence on how voters cast their ballots, and the outcome had significant implications for how the UK will be governed for the next five years.

With Sinn Féin continuing their policy of abstentionism and not taking up their seven seats in the House of Commons, this reduced the effective threshold for a majority to 322 seats. Although the Conservatives were short of this figure, an agreement was reached with the DUP to secure the votes of their 10 MPs for the Queen’s Speech. The DUP won the most seats in Northern Ireland, and achieved a deal with the UK Government to the tune of £1bn extra in the Northern Irish treasury. However, their inability to reform a Northern Irish government against the backdrop of the ‘cash for ash’ scandal and the improving electoral performance of Sinn Féin makes it unclear as to how influential this position will be.

In Scotland, the revival of the Scottish Conservatives continued unabated after their return as the second party in 2016’s Scottish Parliamentary election. Twelve gains from the SNP saw the party’s most successful return since 1983. Scottish Labour too, made six gains from the SNP, recovering to a more secure position, while the Liberal Democrats added three to their solitary hold in 2015. The SNP’s high water mark of 56 out of the 59 Scottish seats in 2015 was always going to be an impossible task to replicate. Despite the loss of 21 seats, the party still returned 35 MPs, second only to the 2015 election as their best-ever result and, crucially for them, still a majority of Scottish seats.

The ‘Corbyn surge’ in the final weeks of the campaign convinced many former Labour voters in west-central Scotland to return to the party, while in areas where the party lacked strength, unionism trumped socio-economic concerns, and tactical voting for the Conservatives helped to squeeze the SNP vote. The implications for the SNP – the party running the Scottish Government, and attempting to secure a second independence referendum – were clear. The winners of the most seats were regarded as losers, while the parties who had finished well behind them in both votes and seats were perceived as victors.

Socio-economic themes generally took a back seat to the constitution in this election, with the looming Brexit negotiations casting a shadow over proceedings, while the prospect of a second independence referendum in Scotland dominated election debate there. As a result, a significant measure of tactical voting was apparent. In Scotland, this meant voting against the SNP if you did not want a second independence referendum – and in no fewer than nine of the Conservatives’ 12 gains was it apparent that these tactical votes swung the seat in their favour. In England, the collapse of support for UKIP split between core-leave voters, who returned to the Conservatives, and those who were more sceptical on Brexit that voted Labour (with a smaller portion returning to the Liberal Democrats). The first-past-the-post (FPTP) electoral system utilised for UK elections lends itself to tactical voting of this sort, with voters often selecting the candidate best-placed to beat their least favourite option rather than actively supporting their preferred candidate.

As a result, a further paradox emerged from this election. Despite the effective return to two-party politics in terms of vote share – the combined Conservative and Labour vote breached 80% for the first time since 1970 – we still emerged with a minority government. One of the perceived advantages of FPTP is that it produces strong governments with working majorities – yet two of the last three elections have seen no party secure such a mandate. Thus, we see a situation where the two main parties have increased their vote share – in Labour’s case, significantly – but a requirement to rely on smaller parties to secure parliamentary support. Thus, the perception appears to be a return to two-party politics, but the reality is not quite the same.

And so, now to the aftermath. The Conservatives sought and achieved a deal with the DUP to pass critical legislation, but will operate as a minority government. An extra £1bn for Northern Ireland, the continuation of the triple-lock on pensions, and the universality of winter fuel payments were the key extractions made by the DUP. Theresa May has been weakened by the loss of her majority, but will continue as a lame-duck Prime Minister. The poisoned chalice of EU negotiations makes a Conservative leadership contest an unappetising proposition for potential candidates. In opposition, Jeremy Corbyn has increased his popularity beyond his party, and his performances during and since the election have seen significant improvement on the past – he even appeared on stage at Glastonbury. However, he still has some way to go to secure the unwavering support of his parliamentary party. For the SNP, their progress towards a second independence referendum has been checked – the Conservative revival in Scotland was based predominantly upon their opposition to such a vote – and a rethink of constitutional strategy appears imminent.

The prospect of a second independence referendum dominated the election in Scotland, while Brexit appears to have dominated elsewhere. Constitutional politics continue at the forefront of UK politics. But with multiple terrorist attacks in recent months and the tragic events that unfolded in the fire at Grenfell Tower, politicians will have to widen their focus as the more immediate issue takes precedence. Minority governance provides opportunities for the opposition to influence government policy, in these areas and many more. The election provided a surprising outcome – now politicians need to make the best of what they now have.