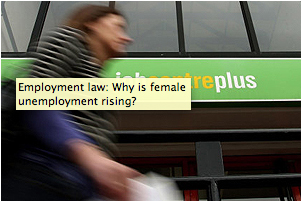 The causes of the global financial crisis which precipitated the deepest economic recession since the great depression of the early 1930s continue to be the subject of much academic and political debate. The idea that the crash of the financial markets in 2008 provided an opportunity to learn from the apparent inherent failures in the system of financial capitalism and to subsequently consider an alternative political economy trajectory gave way to a strategy that involved effectively ‘rewarding’ our revered financial institutions for what can only be described as reckless and irresponsible behaviour.

In October 2008 the UK government rescued two of the UK’s leading banks, Halifax Bank of Scotland (HBOS) and the Royal Bank of Scotland (RBS). Both banks had their headquarters in Edinburgh and at the time of the rescue had a combined balance sheet worth some £3 trillion, more than twice the UK GDP (National Audit Office, 2009:5). According to a National Audit Office report the purchase of shares by the public sector together with the offer of guarantees, insurance and loans reached £850bn (Maintaining financial stability across the United Kingdom’s banking system, National Audit Office 2009). To put that into context, total public spending in the UK in 2010/11 was in the region of £700bn.

While government intervention to save failing private sector businesses is not unusual what does distinguish the recent economic crisis from previous ones is not just the cost but also the consequences of the intervention for the public finances. Once some stability had been restored to the financial system, governments, partly as a result of pressure from financial markets, became more concerned about the growing level of public sector debt. Subsequently their attention switched from saving the banking system to curbing public expenditure and raising taxation in order to reduce the level of government debt. Indeed the 2010 UK General Election was largely fought around how quickly public spending cuts should be introduced. The Conservative/Liberal Democratic coalition government announced plans to reduce the debt fairly rapidly mainly through a reduction in spending. In 2010 they outlined a total of £81bn spending cuts over the next five years. Apart from health, the government proposed cuts in all other spending areas by an average of 19 per cent by 2014/15.

For Scotland this meant a reduction in the block grant of 11.3 per cent in real terms between 2010/11 and 2014/15, which includes a real terms reduction of 36 per cent in capital spending over that period.

The form and scale of public spending committed to bailing out the banks imply that a prolonged period of social austerity will follow. The public sector in Scotland and the rest of the UK is currently being squeezed and will be subject to a long-lasting period of spending cuts with negative consequences for both jobs and services.  Furthermore, with no evidence to date that the lending behaviour of banks has shifted from a preference to remain cautious, for the purpose of rebuilding balance sheets, it is difficult to see how the private sector can replace publicly-funded economic activity. Thus the outlook in terms of future economic growth and employment appears bleak. Indeed there is some evidence to suggest that what began as a private sector recession is now transforming into a public sector recession.

What began as the result of the bursting of a financial speculative bubble morphed into a banking crisis, became a deep recession and is now resulting in a major retrenchment of public services and employment

The Scottish economy entered into recession in the middle of 2008 and remained there for 15 months until the last quarter of 2009. Three sectors in particular contributed to the loss of output in the Scottish economy over the course of the recession. These were manufacturing which accounted for 23 per cent, real estate and business services 33 per cent and financial services 17 per cent. Between December 2008 and June 2010 a total of 168,000 jobs were lost in Scotland, around 6.1 per cent of the total.  Over a third of the job losses were in the overwhelmingly male-dominated manufacturing and construction sectors. In December 2008 these two sectors accounted for 15.6 per cent of workforce jobs in Scotland but 36 per cent of the decline in workforce jobs between December 2008 and June 2010. During the period of the recession (December 2007 to December 2009) male job losses accounted for 69 per cent of the total, lending credence to the claim that the recession impacted disproportionately on male employment in the private sector. Between the fourth quarter of 2007 and the fourth quarter of 2009 the level of private sector employment in Scotland fell by 6.2 per cent compared to a fall in public sector employment (excluding the financial institutions) of 0.5 per cent. In contrast during the recovery phase between 2009 and the end of 2010 public sector employment (again excluding financial institutions) had declined by 3.4 per cent whilst private sector employment has increased by 1.7 per cent.

So what began as the result of the bursting of a financial speculative bubble morphed into a banking crisis, became a deep recession and is now resulting in a major retrenchment of public services and employment.

The effects of this retrenchment will impact on men and women in a variety of different ways. Within the context of an overall commitment to promoting equality, it is essential that any differential impacts be accounted for throughout the policy process.  This requires an initial undertaking to develop an understanding of gender as a social construct. That is, the individual choices of men and women as ‘economic agents’ are effectively determined by a given set of structurally-determined roles, responsibilities and expectations. The combined effect of these gendered social and cultural norms is that men and women occupy very different positions in both the paid and unpaid sectors of the economy.

There is no doubt that women’s increased participation in the formal labour market in recent decades has improved their overall position with regard to economic independence. However, the same period had also been characterised by deregulated labour markets, cut backs in key areas of welfare spending, the weakening of the trade union movement and increased economic inequalities across advanced capitalist states. Perversely, women have been afforded greater opportunities to engage in paid work via a range of measures, such as the increased use of casual part-time working arrangements, that have effectively contributed in sustaining existing gender based inequalities or even in creating new ones.

Women remain concentrated in low-paid service sector jobs; are over represented in part-time casual employment which ultimately impacts on their overall ability to build up independent financial reserves, and they continue to assume responsibility for the majority of unpaid domestic responsibilities, including child care. Subsequently women throughout the course of their life cycle are more vulnerable to the risk of poverty. Thus women could be less able to withstand the impact of recession.

Whilst this in itself is a serious cause for concern when considered at an individual and/or household level, the overall impact on the economy is less well understood. The current deflationary bias targeted on the public sector in the hope that the private sector will pick up the slack fails to account for the very significant role women play and the contribution they make to the Scottish economy.

Women’s contribution to the Scottish economy, paid and unpaid, continues to be under-valued and over-looked. How else can we explain why women in full-time work earn on average 12 per cent less than men; why women workers dominate the health and social care sector in Scotland, but only 19 per cent of NHS chief executives/heads are women and why over 60 per cent of individuals undertaking more than 20 hours per week of unpaid care work are women? At the beginning of this year the Employment Tribunal service in Scotland recorded over 40,000 local authority, and 12,000 NHS live, equal pay cases. Unison, Scotland’s biggest public service union, is currently handling 500 new equal pay claims on behalf of women members per month. Clearly 40 years of equal pay legislation is not ‘working’ for women employed across Scotland’s public services.

There are nearly twice as many women as men working in the Scottish public sector (65 per cent versus 35 per cent). Local government represents 53 per cent of the total public sector and women make up 67 per cent of the local government workforce. Women make up 89 per cent of the total health and social care sector in Scotland. So as the public sector contracts as a consequence of the fiscal cost of the recession women’s employment will suffer more than men’s. In addition it will tend to be lower paid workers who bear the brunt of the readjustment and nearly half of all public sector workers earn less than £21,000 per annum. Furthermore, those who remain employed in the public sector will experience a real-term decline in their living standards as a consequence of the imposition of the pay freeze and higher than expected inflation, particularly energy and food costs.

There is a rich literature indicating that women have very different spending preferences than men, for a whole host of reasons. Of particular relevance in this context is the fact that women remain overwhelmingly responsible for paying for childcare and as managers of the household budget they prioritise spending needs on a collective rather than individual basis. When men lose their jobs individual men will of course suffer but women will effectively act as a buffer, via a combination of their own employment and their role within the household economy. But when women lose their jobs, individual women and whole families suffer. Any reduction in social services, as a result of public sector spending cuts, will ultimately impact on the ability of low paid women to manage the limited resources in the face of competing and increasing demands for expenditure. Although the immediate and most obvious consequences of public spending cuts will relate to pay and jobs, thus affecting many low paid women with limited employment protection. The wider impact in terms of economic recovery will remain absent from the debate within a policy forum that fails adequately to acknowledge, understand, measure and address the extent of gender-based inequalities in Scottish society.

Rather than being a time for cutting public spending, the crisis may provide us with an opportunity to justify public sector investment in key areas that supports the wellbeing of Scottish families and their wider communities. Such a strategy may seem too expensive in the current climate but can we as a nation afford the very significant consequences sustained cuts will have on the welfare of women and the wider economy?