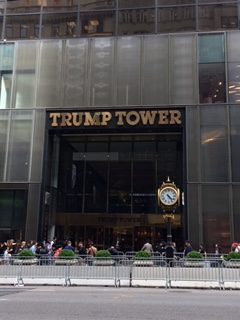 The left always risks making two errors when faced with a threat from forces on the hard-right. One, most disastrously realised in Germany during the 1930s, is complacency, ignoring or at least downplaying the genuine threat of fascism. The other, far more common today, involves misrecognition, or even deliberate misrepresentation, by extending the term ‘fascist’ to other right-wing movements which, however odious they may be, have different objectives and deploy different methods. Golden Dawn in Greece is a classic fascist formation in a way that the Northern League in Italy is not. Stephen Yaxley-Lennon (aka ‘Tommy Robinson’) is a fascist, but Nigel Farage is not and neither is Donald Trump and the latter two are currently more dangerous than the former.

Establishing the distinction between the fascist and non-fascist hard-right inevitably involves ‘ideal types’. In the real world, of course, these blur and overlap at the edges, but the distinctions are nevertheless necessary, not to indulge in academic hair-splitting over definitions, but because it determines the different tactics which need to be deployed by the left if it to successfully oppose them both, above all in relation to the use of physical force.

The hard-right always occupies a spectrum of positions, but all points on this continuum tend to share two main characteristics. One is a primary social base of membership and support in one or more fractions of the middle-class, above all the self-employed petty bourgeoisie, but also among traditional middle-class professionals and the technical-managerial new middle class. The other is an ideology of extreme nationalism, in which the nation is usually under double threat from above and inside by treacherous elites and from below and outside by disruptive external intruders. There are, nevertheless, three main differences between the respective methods and goals associated with actual fascists and their non-fascist cousins.

First, is their attitude to the working class. One defining characteristic of fascist movements is to seek the destruction of working class organizations; this not the case with other sections of the hard-right. Indeed, after the Argentinian coup of 1943, the Peronists found that they had to rely on unions in order for the regime to survive. This is why not only Peronism, but a movement like Ulster Loyalism, based as it was on the skilled Protestant working class, is not fascist, however reactionary and divisive as it may otherwise be.

Second, is that, while fascists may stand for election, they primarily rely on paramilitary organization and violence to attain power. The two main fascist regimes, the Italian and German, installed themselves through a combination of paramilitary violence and elections, but it was success of the former that gave credibility to the latter. Once in power, of course, fascists will dispense with, not only elections, but every manifestation of democracy and every institution which might challenge their power – which is why unions and worker’s parties cannot be permitted to exist in the fascist state.

This one of the reasons why fascism is the last, rather than the first resort for any capitalist ruling class; in addition to being inherently disruptive and unstable, it removes the mechanism for changing regimes without recourse to civil war or invasion. The non-fascist hard-right are, however, primarily electoral and seek to attain office through the normal working of bourgeois democracy at local, national and European levels. If defeated in 2020, Trump almost certainly will claim electoral fraud, but will not attempt to cling to power through a coup. 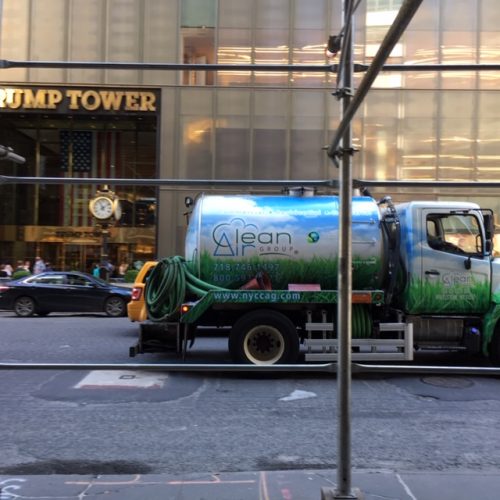 One might then say that fascism is revolutionary and the non-fascist hard-right is reformist; but what do these terms mean in this context? Many Marxists are reluctant to use the term ‘revolution’ in relation to any modern political movement not of the left, with the possible exception of nationalisms in the Global South. But if we consider fascist seizures of power as political revolutions – in other words as those actions which change the nature and personnel of the political regime without changing the mode of production – then there is no reason why the term should not be applicable to them. Revolution and reform do not involve different roads to the same place but – as in Rosa Luxemburg’s formulation concerning the left–different destinations.

This leads to the third major difference. Fascism is not defined simply by its recourse to extra-parliamentary or illegal activity, but by their purpose: a project of transformation which seeks the creation of a ‘new’ society, the final realisation of a national destiny which had hitherto been denied. But to achieve this the people – inevitably conceived in racial terms – themselves must be purified, must prove themselves worthy of the world which the fascists hope to bring into being. Fascism is never uncomplicatedly the ‘tool of monopoly capitalism’: it is rather that the goals of fascism overlap at certain points with that of capital, notably in the crushing of a perceived working-class threat and pursuance of imperialist goals. But the Holocaust was not ‘necessary’ for German capitalism; rather, it was fatal for Jewish members of the capitalist class and diverted resources which could have been deployed in fighting the Allies. The non-fascist hard-right, however, insists that the people are already the repository of homogeneity and virtue, but that these qualities are under threat. This is a project of restoration: ‘Make America Great Again’. Its political goal is always to push popular attitudes and legal rights back to some lost Golden Age, a time before the homogeneity of the people was polluted by immigration and its virtues compromised by decadent elites.

Are these historical differences ceasing to exist, or have they perhaps already done so? The implication of some of the more hysterical assessments of the contemporary hard-right is that they have and that the beneficiaries are its fascist wing. In fact, the opposite is nearer to the truth. In France, for example, the transformation of the Front National into the more mainstream hard-right National Rally led to a revival of its electoral fortunes. But in so far as there has been a blurring of the lines between the fascist and non-fascist right, it has been the result of two main developments.

One is the virtual disappearance of the traditional conservative component of the hard right and its replacement by forces which share most of its positions, but whose style and rhetoric – usually referred to as ‘populism’– is very different. Most members of the British Conservative and Unionist Party are either outright reactionaries, or neoliberals, or unprincipled opportunists willing to pander to both. (In philosophical terms, Rory Stewart was the only genuine conservative candidate in the recent Tory leadership election.) For our purposes, the significance of this shift has been that conservatives were historically loath to mobilise their supporters for demonstrations, marches or other mass manifestations – unsurprisingly, since one of the founding tenets of conservatism is fear of the passions of the ‘mob’ which, once unleashed, cannot easily be contained. This was one of the reasons why even those Conservatives who agreed with Enoch Powell about migration were appalled by his pandering to popular racism. Contemporary right-wing populists have no such inhibitions. What this means is that right-wing populism engage in forms of political activity which were once the preserve of the left or the fascist right. It is also the case that fascists have started to practice ‘entryism’ into the populist hard right parties, although usually at an individual rather than at an organisational level. But on social media particularly, this can give the impression that, say, UKIP is ‘really’ fascist because of tweets by members who are also in the BNP.

The other development has occurred on the fascist wing of the hard-right and is a new emphasis on democracy. Previously, fascists have argued that democracy is an impediment to the pure expression of the people’s will to which their party or leader has direct access, and no doubt if installed in power contemporary fascists would also attempt to suppress democracy. In Britain in particular, however, ‘elite’ attempts to negate or minimise the EU referendum result have enabled fascists like Yaxley-Lennon and non-fascist right-wingers like Farage to both claim that they are upholding democratic outcomes ignored by a corrupt establishment.

Nevertheless, important new differences have also opened up between sections of the hard-right. The non-fascist wing have been prepared to abandon or at least down play formerly reactionary positions in relation to gender and sexual orientation – although even this is linked to ethno-cultural racism, particularly in its Islamophobic form: hard-right politicians in the Netherlands, for example, rhetorically invoked the relative freedoms of women or gays in the West as way of denouncing the supposedly oppressive beliefs of Muslims. This is not a reason which fascists are likely to give for opposing Islam.

All variants of the hard-right obviously have to be fought, but it is important to retain a sense of perspective: at the moment the right-wing populism is the more immediate danger, if only because it is proving to be the most successful. But opposing it also involves understanding why it exists. The conditions for the emergence of the populist hard-right were set by forty years of neo-liberalism, compounded by the more recent imposition of brutal austerity regimes, to which the populists provide false solutions. The social neo-liberals responsible for much of this since the 1990s – Blair and Brown, the Clintons and Obama, the post-Maastricht EU and so on – exist in a symbiotic relationship with the populist hard-right. In other words, the latter cannot be fought by simply returning to the policies of the former. That will simply lead to further disillusion with politics, leading to a situation in which actual fascism may appear to be an answer,

Neil Davidson lectures in politics and social science at the University of Glasgow and is author of numerous books including ‘How Revolutionary Were the Bourgeois Revolutions?’ (2017), ‘Nation-States: Consciousness and Competition’ (2016), ‘We Cannot Escape History: States and Revolutions; (2015) and ‘Holding Fast to an Image of the Past: Explorations on Marxism and History’ (2014). All were published by Haymarket Books.

Trump defeated/Biden elected but progressives will still have to fight