It is probably the political-pathology of a small nation that makes it sensitive to outside comment. Ironically, however, from the point of view of its citizens, it is the compliments that are paid that are more damaging than any criticism. Over the last two decades Ireland has repeatedly been referred to as a model economy even in wildly divergent circumstances. 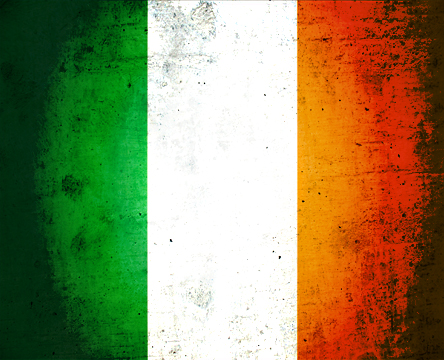 First during the great ballooning of financial liquidity in the 1990s and 2000s, as the model of EU potential, when the term ‘Celtic Tiger’, originally coined as a catchy heading in an investment bank report on Irish bank shares, became short-hand for Ireland’s unbelievable exponential growth. Subsequently when the massively over-leveraged Irish banking system collapsed and Irish politicians moved swifter than any other nation to make all of the citizens responsible for levels of private debt considerably larger than the country’s GDP and initiated rounds of fiscal consolidation to try and pay for it all, Ireland became the “successful” model of the EU’s Austerity policy imposed on peripheral members.

During the good times they were praised for possessing such qualities as “intuition, the ability to make seemingly unrelated connections and tolerance of ambiguity” while during the bad times it was claimed that the Irish had an “extraordinary capacity to deal with the difficult circumstances of the economic crisis”. Surely the Irish are the most adaptable citizens on the planet!

Of course, such compliments suit a particular agenda.

A talk given by the ECB chief Jean-Claude Trichet in 2004 to celebrate the work of Irish civil servant TK Whitaker illustrates the usefulness of seeing Ireland as model for fiscal consolidation. In the talk Trichet praised Ireland’s transformation from crisis and debt to extraordinary growth as attributable to labour market reforms and fiscal consolidation. However, this was as an opener to Triche’s main point, how these principles, when applied to the EU as a whole illustrate how it would weather any economic storm.

“Finally much progress has been achieved in capital market reforms, not least due to the introduction of the euro. But the further integration of national capital markets towards a truly European financial market could make an even more important contribution to safeguarding against country-specific shocks. (…) In this context, one has to consider the astonishing experience of Ireland, which recovered from poor economic and fiscal conditions in the mid-1980s to an impressive pace of economic activity and sound fiscal position in no more than a decade. In addition to a favourable macroeconomic environment and the benefits derived from participation in the European Union, the economic recovery was grounded on far-reaching home made structural reforms in the labour, capital and product markets.”

The date of the talk is significant as in that year it was impossible to ignore the fact that Ireland was in the middle of a massive property bubble funded by banks that were already significantly larger than a country of Ireland’s size could sustain with houses selling for many multiples of the average industrial wage. Fourteen per cent of the economy was dependent on construction, spurred on by tax breaks and incentives and while Ireland enjoyed a significant influx of Foreign Direct Investment it was clear that the majority of this was simply a tax avoidance exercise following the reduction of Ireland’s Corporate Tax rate to 12.5 per cent. Yet as many critics of the Euro and single currency have been pointing out from the mid-1990s on, the ECB and the European project failed to consider what to do in the event of bank failure. As L. Randall Wray argues, this was a design feature of the EMU and the EU more generally:

“free the banks so that they can blow up, then blow up the government budgets as they try to rescue their banks. In reality, of course, the Irish bail-out was really designed to save the banks of the centre nations — not the periphery. Ireland fell on the sword in perhaps the greatest act of charity ever seen in the history of humanity as it protected German and French and English banks from losses on their lending to Irish banks. Unlike the potato famine, this catastrophe was entirely produced by the Irish Government’s policy of taking on the bank debt.”

The reason for the muted response from the Irish people to the crisis is a failure of leadership. Like the crisis itself this is systemic and requires a deep leftwing analysis not only of Irish political life, but of our economic and political history.

Now that Austerity is the main policy of almost all Western governments, Ireland is once again being held up as an example of how Austerity can work. Gillian Tett on a recent edition of Newsnight, when discussing the social explosion that the EU sovereign debt crisis is causing in Spain, on the cusp of their own bailout, suggested that in Ireland fiscal consolidation is starting to work, the economy is stabilizing and there has been social cohesion, for now.

First of all the economy is not stabilising, but what about social cohesion? On the surface the reaction to being impoverished to pay for the “costliest banking crisis since at least the Great Depression” has been relatively muted. It is true that it took such a massive crisis to ensure that Fine Gael, the centre-right party and Labour, their perpetual erstwhile side-kicks, a notionally social democratic party, re-entered government. It is only the outright rejection of Fianna Fail that allowed this to happen. This is because only about 38 per cent of the workforce is engaged in what are often referred to as middle-class professions, that is, managerial, administrative, professional or technical occupations. The remaining 62 per cent are engaged in skilled, semi-skilled and service-based occupations. According to the income distribution statistics produced by the Revenue Commissioners, the median PAYE wage in Ireland in 2008 was just under €27,000: that is, about half of all PAYE workers earned €27,000 or less that year, with almost 64 per cent earning less than €35,000. Fianna Fail despite its legacy of corruption and connections to property developers had managed through successive elections to retain a significant working class vote.

Since the general election and the continuing fallout from repeated cutbacks, tax increases on low and middle incomes, attacks on the public sector, recapitalisations, state bailouts and the propping up of the socially destructive banks, principally Anglo Irish Bank, it is this group that the left has sought to energise into resistance. But the inability to do so is almost completely due to the failure of genuine leadership on the left.

The first resource in a crisis for the working class is the Trade Union movement. However, time and again it has failed to mobilise or support significantly the majority of members who would look to it for leadership. The most recent example was during the Fiscal Compact Referendum when the executive of the Irish Congress of Trade Unions chose not to declare how its members should vote. Although David Begg referred to the Fiscal Compact Treaty as a loaded gun pointed to the heads of the Irish people, he said that there were trade unions that disagreed with this opinion so they were not saying yea or nae.

There has been a number of campaigns, coalitions and new political groups such as Claiming Our Future or Community Platform often rooted in the NGO sector, who, with the help of some of the Trade Unions have tried to highlight an alternative economic strategy referred to as ‘Plan B’. These Keynesian counter-cyclical proposals, while worthwhile, are initiated by those disenchanted members of the Labour Party and although they expend great effort in trying to raise these issues ‘within the debate’ they are always completely ignored by Labour Party leadership.

Sinn Fein, the Republican Party lead by Gerry Adams in the South has been the most successful in gaining popular support since the crisis began. They increased the number of Members of Parliament in the Dail, and have many effective speakers and politicians who regularly make life uncomfortable for government ministers. Numerous polls since the election show them gaining an incredible amount of ground, by-passing their fellow opposition parties, most significantly Fianna Fail. While they have a now established social democratic platform that is the envy of many on the left of Labour, there are doubts that this policy will be followed through should their current success translate into real political power in 2016. Sinn Fein are regularly criticised on the left in Ireland for how they conduct themselves in the Northern Ireland Executive, which often means that they follow existing conservative economic and fiscal policy. While some of this comment is sectarian in nature it remains true that rather than seeing themselves as a leftwing party Sinn Fein consider themselves in an all-Ireland context as the heirs of Fianna Fail, albeit based on the party that solidified its working class support in the 1930s. There is also a willingness to tolerate the bad behaviour of property developers, such as former IRA hunger-striker Tom McFeely or local cement magnate, Russian property developer and Anglo Irish Bank shares fiddler Sean Quinn. In addition there is a social conservatism that the party refuses to address to protect the personal views of key TDs.

The United Left Alliance (ULA) has been the hope of left unity, at least on the radical left. The ULA is mainly the Socialist Party and the SWP with a number of left members not affiliated with either party. It has provided the backbone of the Campaign Against the Household and Water Tax. Of all the campaigns to date this has generated the most support, with only 62 per cent of households so far registering to pay the 100 euro a year flat-rate charge. Water Charges are also planned, along with the privatisation of the water supply. The popularity of the campaign however, is not entirely attributable to the hard work of the ULA, Sinn Fein (they support the campaign but do not endorse the call for people to boycott the charge), the SP or the SWP.

It is down, largely, to the inability of the government to force people to pay. Although the number of threats has increased, at present it is up to householder to register without any existing penalty for not doing so. A property tax is also planned although the means of collecting it have yet to be officially announced.

The danger for The Campaign Against the Household and Water Tax, and for the ULA is that they are forced to use significant resources to campaign on a platform that does not necessarily translate in to raising class consciousness or political dividend for the Left.

As I mentioned the reason for the muted response from the Irish people to the crisis is a failure of leadership. Like the crisis itself this is systemic and requires a deep leftwing analysis not only of Irish political life, but of our economic and political history.

One question, for example, which isn’t being examined in any depth, is why Ireland had the “costliest banking crisis in advanced economies since at least the Great Depression”. While superficial reasons abound the real reason is not understood or even examined. If we were able to provide an answer to this we would begin to understand exactly how Irish capitalism works, or rather fails, continually and how its failing Irish society. Unfortunately, at the moment it’s a question no one really seems interested in examining.