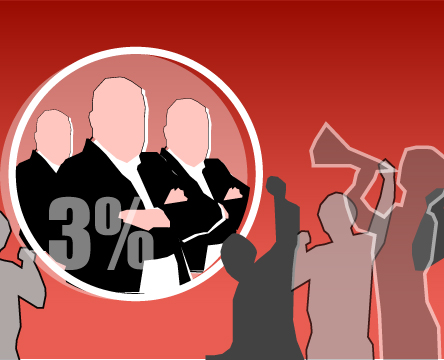 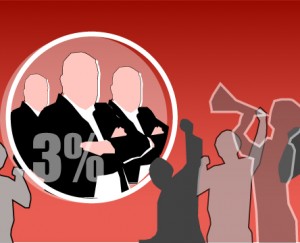 Inequality is nothing new in Scottish life. Generations have suffered throughout our history because of deep rooted and structural poverty and even now in this second decade of our new millennia, austerity cleaves an ever deepening chasm in our social fabric. But even as we acknowledge the longevity of this issue, we should recognise that some progress in some areas has been made and, further, we can reaffirm that the need to continually challenge the manifestations of inequality remains paramount.

The Commission on Fair Access to Political Influence, which the Jimmy Reid Foundation, Scotland’s left of centre think tank, has asked me to chair, is an attempt to drive at one of the sources on inequality in our society – the imbalance in political power which undoubtedly exists. Many people have become disillusioned in politics, viewing the whole arena as an unsavoury brew of self-interest, murky dealings and dishonourable activity. Cynicism about civic life is an easy retreat, however, and there is a need to consider how greater trust can be built in our institutions.

The simple premise of the Commission is that one way of achieving this is through participation. If people are provided with the pathways towards being able to influence decision makers, being part of the decision making process, having a voice that is listened to – then perhaps a greater trust might emerge.

Scope for improving on our current arrangements is vast!

For example, we launched the Commission with a report, Not By The People (supported by the Joseph Rowntree Reform Trust), which showed that the people who are invited to influence government policy in Scotland are drawn from a very narrow section of the population, almost all in the top 10 per cent by income. Meanwhile, the 70 per cent of the population which earns average wage or below makes up only about three per cent of these ‘influencers’. (Full data is available at http://reidfoundation.org/portfolio/not-by-the-people/)

It surely cannot be right or acceptable that the overwhelming majority of our society stand outside the debate. Who is more likely to be able to express the impact of benefit cuts – a director of social work or a claimant losing that vital income?

I can recall from back in the 70s the formation of the radical theatre group ‘7:84’ so called to reflect the fact that seven per cent of the population of Scotland owned 84 per cent of the wealth – things haven’t improved.

Even if we were to ascribe the best of intentions to those who are successful players in the lobbying game, it surely cannot be right or acceptable that the overwhelming majority of our society stand outside the debate. Who is more likely to be able to express the impact of benefit cuts – a director of social work or a claimant losing that vital income?

Some might argue that the issue of social background is irrelevant and that when it comes to advising on policy decisions the key is to have the ‘best minds and best experts to provide the best remedies for the issues that beset us’. In an analytical commentary on the Commission’s launch report, Professor Steve Reicher develops a strong riposte to this position, writing; “There are many problematic assumptions in such an argument. But perhaps the most misguided are, firstly, that elites will provide better solutions and secondly that, even if they come up with good ideas, elites will be able to implement them.”

He continues, “Leadership effectiveness does not derive from certain fixed qualities (‘the right stuff’) which a few possess but most people do not. Rather, the key to effectiveness is to be seen as ‘one of us’. That is, the effective leader must be seen to share the perspective, the values and the priorities of his or her constituency. If that is not the case, then all the qualities in the world will not compensate.”

Professor Reicher concludes his piece by stating, “The skewed composition of quangos and those giving evidence to committees is wrong in practice as well as principle. It is unfair, it diminishes the quality of proposals. It makes good ideas less likely to succeed. It has no defence.”

But what is the alternative? In a sense that is what the Commission is seeking to establish. Are there alternative mechanisms to ensure that more voices are heard and listened to? This is the key issue.

I have recently become a trade union official and as such, a large part of my job is advocating on behalf of our members, including at the type of Parliamentary Committee hearings referred to above. Prior to my election I spent 33 years as a lay activist attempting to do the same. Without being disrespectful to anyone, a course of constant amazement has been to witness how little the practitioner’s voice, the teachers’ voice, is heard at the top tables of policy decision making. And even when it is present, often in the welcome form of trade union representation, it is too often in the minority. What this leads to is a divergence between the theory of a proposal and its practical realisation – Curriculum for Excellence being a singular case in point where the somewhat rosy view from the top is often radically divergent from the more frazzled experience of the teachers, and pupils, in our classrooms.

‘Acknowledging’ problems and pressures such as workload and burn-out is infinitely easier than ‘experiencing’ them. Similar ‘silent’ or ‘silenced’ scenarios could be drawn across all our communities: tenants, young people, claimants, disability groups. Even some of the minor gains are being rolled back – the need for equality impact assessments, for example, is under attack from the UK Government as is the basic right to the provision of trade union facility time, particularly in the civil service, which allows the workforce to have a voice. People count, however.

My father was a shipwright in Govan and took part in the UCS work-in. As a teenager I followed with interest the whole campaign and I have an abiding memory of seeing a clip on television of a rally where Jimmy Reid made a comment along the lines of: “Some people see us as statistics. Numbers on a balance sheet. But we are not statistics, we are human beings, we are individuals, with families…” I’ve been unable to find the footage in any of the archive material and so I’m trusting to memory with regard to the detail but as to the sentiment expressed I have a vivid recollection of the impact it had on my own political development as it seemed to express such a simple truth: people count!

If we start from that premise we should recognise the deficiencies in our current democratic models and seek solutions.

As we progress the work of the commission I hope that you might be able to make a contribution to our thinking on how we might help to take this issue forward.

We want to produce a set of proposals for how a much more diverse set of people can gain access to decision-making processes. We’re calling for people to tell us about their experience of trying to influence politics without large PR budgets and to propose concrete solutions. The sorts of things we think might start to address the problem are:

Opportunities for ordinary people to influence political agendas – for example, through additional powers for the Scottish Parliament’s Public Petitions Committee

We’d very much like to hear your thoughts. We are particularly interested in suggestions of concrete actions which could be taken to tackle this problem. We will produce a final report which will collect the best proposals together and will present these to the Scottish Government and all the political parties in Scotland. The aim is not to produce a ‘discussion document’ but a call for action; we will follow up its publication with a coordinated push to get its recommendations implemented.

You can find out more about the Commission by going to the Foundation website. You can send your thoughts from there or by email to influence@reidfoundation.org. The deadline for submissions is Friday 19 April 2013.