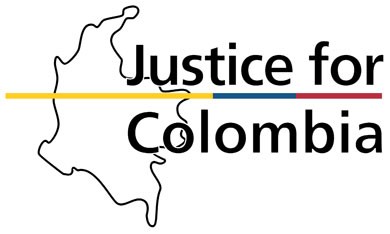 Nick MacWilliam reports on the abuse of human rights in Colombia and the prospects for change.

In April 2021, Colombians launched the largest protests the country had seen in decades. Led by unions, social movements and students, the so-called ‘National Strike’ mobilisations grouped together a litany of mass grievances with the hard-right government of President Iván Duque. These addressed rising inequality due to the pandemic and neo-liberal economic policies, the violent insecurity affecting many parts of the country and government neglect of the 2016 peace agreement signed with Colombia’s largest guerrilla movement, the FARC.

Popular demands for urgent state action to alleviate the various crises impacting the country were justified. With more than five million people losing their main source of income during the pandemic, and with the state having offered meagre assistance, Duque had overseen a rise in poverty which now enveloped 42% of the population. Unions warned that planned government tax reforms would push millions of people deeper into hardship.

Furthermore, Colombia was – and still is – facing a human rights crisis which has claimed the lives of more than 1,300 social activists since the historic peace agreement was signed. Over 340 former FARC guerrillas have also been murdered since entering the peace process. But authorities showed scant concern for implementing security mechanisms created in the peace agreement, despite repeated United Nations recommendations that these be prioritised to address the violence. The Duque government’s disregard for the security of activists and former guerrillas was evident throughout its tenure, leading to rulings by both Colombia’s Constitutional Court and the transitional justice court that the government was failing to protect those at risk.

The United Nations condemned ‘unnecessary or disproportionate use of force by police officers’ while the European Union’s human rights envoy ‘expressed [its] concern over violence in the context of protests’. Their calls for investigations into the actions of state officials were echoed by international bodies such as the Inter-American Commission on Human Rights and Amnesty International, as well as numerous foreign governments.

The British Government was more muted in reacting to extreme abuses committed by its close ally, Colombia. The repression of protests occurred in what bilaterally had been deemed ‘the year of the UK and Colombia.’ Inconvenient, then, that protesters were dying at the hands of Colombian security forces while defending the very issues the British government professes to care about: human rights and peace. Further questions were rightly asked when Britain invited Colombia to purchase high-tech weaponry and surveillance equipment at the London arms fair in September 2021 despite officially designating Colombia a ‘human rights priority country.’ Then, on 6 December, Colombia’s Defence Minister Diego, Molano Aponte, met Metropolitan Police chief Cressida Dick to discuss ‘the role of the police in protests and the use of technology.’

Since 2020, Britain – and, specifically, Police Scotland – has had a training partnership with Colombian police, known as the Police Innovations for Stabilisation in Colombia (SCIP) project. The £2.1m budget is funded through the Conflict, Stability and Security Fund (CSSF), which was created ‘to meet the most complex national security challenges and promote international peace and stability’. The programme was launched in February 2021, just two months before the protest movement erupted in Colombia.

Scottish politicians raised concerns about the role of Scottish police in training their Colombian counterparts. On 4 May 2022, in response to a question from Mercedes Villalba, Labour MSP, Nicola Sturgeon said that Police Scotland training overseas was ‘about enhancing human rights and ensuring that … police forces are trained in taking a human rights approach.’ In July 2021, SNP MP, Anum Qaisar-Javed, said: ‘[Colombian] police have responded to overwhelmingly peaceful social protests with excessive force and violence’. Despite clear evidence of police violence in Colombia, neither the British nor Scottish Governments ruled out further policing collaborations.

Since then, Colombia has elected its first progressive government, with the inauguration in August 2022 of new President Gustavo Petro. His campaign promised to strengthen human rights and peace, and to expand access to essential services, education and decent housing. Politicians within Petro’s governing Historic Pact coalition have presented legal proposals for police reform, such as removing policing from under the Ministry of Defence to civilian jurisdiction and disbanding the notoriously violent ESMAD riot police squadron. Yet in a congress where coalition building with traditional centre-right parties has been essential, time will tell if these measures are passed into law.

Rather than continue his predecessor’s militarism vis-à-vis the country’s problems, Petro has sought to deploy the military for social use by, for example, building roads and bridges or providing disaster relief. This demonstrates the new government’s intent to address core demands that underpinned last year’s protests. Eradicating institutionalised state violence, however, will be one of several enormous challenges facing Petro’s young administration. International pressure on our governments in Scotland and Britain will be essential to support these efforts in Colombia and ensure any security cooperation is focused on promoting human rights, ending police brutality and attaining justice for victims. Historically, there have been too many examples of this not being the case.

Nick MacWilliam is trade unions and programmes officer at Justice for Colombia. To affiliate your union branch or as an individual, visit www.justiceforcolombia.org