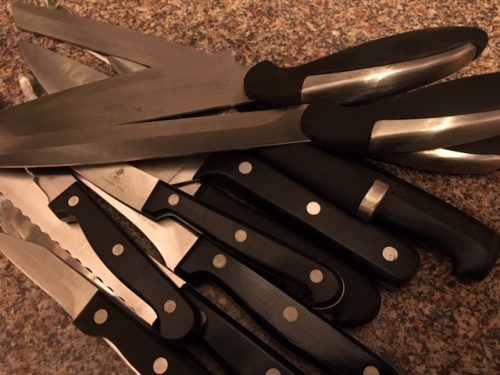 It’s hard to know where to start with the Johnson cabinet. Its ideological contours and intentions are very clear in the short term in relation to Brexit, crime and immigration. But, we’re not only unsure how long this government will last, we’re also looking at something ideologically-hybrid when we contrast its composition with its initial policy concerns: a cabinet of tax-cutting, state-shrinkers, committed to increased spending on the NHS, policing, prisons and schools. It’s also a cabinet committed to publicly-funded infrastructure but politically nervous about HS2 and Heathrow expansion and the electoral damage they could do to Conservative MPs and party prospects in target seats.

The last few weeks have seen an online onslaught by the Tories in three of these areas (education is still to come) whilst also campaigning on Brexit, free ports, knife-crime and seeking to increase party membership and gather as much data – and email addresses – about voter attitudes as they can. Johnson’s personality, campaigning capacity and media projection have been central to this, but so too has picking the right topics and eye-catching messages. He has sparked the party back into life and given them some direction following May’s floundering on the domestic front.

So, ideology, meets pragmatic spending pledges – and in turn – meets campaign-preparation. This isn’t so unusual when you think about it, as parties balance ideological and policy commitments at every turn when in government. But this cabinet has taken a pronounced turn to the right, to reinvigorate the Tory grassroots and reattach Brexit Party supporters to the Conservatives. However, it’s self-aware enough to realise it needs to spend – or at least appear to spend – on key public services in order to attract voters and campaign on something other than Brexit.

It’s worth making three general points about the new cabinet. First, this cabinet has learned some things from the last few years about unity – May’s cabinet was bedevilled by instability, internal opposition and planned resignations over Brexit. So, Johnson’s cabinet composition has limited internal opposition significantly, rewarded friends and punished enemies. Opponents have been banished and there are few remnants from May’s cabinet whether they were pro-Remain or pro-Leave if they hadn’t supported Johnson in the leadership contest. Amber Rudd at the DWP stands out as a counter-example which we can see as the government’s attempt to keep revising Iain Duncan Smith’s war on the poor and disabled through Universal Credit and benefit cuts.

Second, where Theresa May’s cabinet sought balance between ‘Leave’ and ‘Remain’ and previous cabinets have sought an ideological balance of left and right plus places for prominent leadership contenders, this cabinet is different. Not much remains of ‘Remain’ and some of Johnson’s competitors were sacked, despite their prominence within the party. This is a cabinet of the committed – Johnson supporters and those prepared to see through a ‘no deal’ Brexit. Indeed, its sole mission is to deliver Brexit at 11pm on 31 October 2019 come what may. Balance and negotiation didn’t lead to Britain leaving in March or April, courtesy of the DUP and ERG. And, the parliamentary arithmetic hasn’t changed in favour of the passage of the withdrawal agreement and doesn’t look like it will either. Johnson has probably concluded that parliamentary support for any withdrawal agreement is impossible, leaving crash-out as the more likely option. Because of its narrow composition, the new cabinet will have significantly more cohesion when it comes to implementing Brexit. But, on the other hand, this development has created more opponents on the Tory backbenches and navigating the parliamentary process will be challenging, especially with Jacob Rees-Mogg as Leader of the House of Commons – hardly a neutral figure on Brexit.

Third, it would appear that this cabinet will be a lot less liberal than May’s last cabinet. The more liberal justice and housing policies from Gauke and Brokenshire’s periods in office will disappear, to be replaced by a hard line on crime and policing and perhaps in other policy areas too.

Another way to understand the ideological positioning of the new cabinet is to look beyond the Ministers themselves to the Special Advisors (SPADs) – who have been chosen and why? Here we find Dominic Cummings and Damon Poole of Vote Leave, Chloe Westley and Blair Gibbs of the Taxpayer’s Alliance, and Danny Kruger of the Legatum Institute amongst others. For example, in the new administration, there are 6 SPADs from the Taxpayer’s Alliance, 5 from Policy Exchange, 3 each from the Centre for Policy Studies and Adam Smith Institute and 2 each from the Institute of Economic Affairs and Henry Jackson Society. It’s not hard to guess the ideas and policy proposals that will emerge from these advisors and the access that will be afforded to right wing think tanks.

In terms of cabinet structure and operations, we’re not sure of the exact power balances at work. The designation of a ‘war cabinet’ is typically bombastic – but we have had similar key cabinet committees before, such as the ‘Star chamber’ or ‘kitchen cabinet’ under Mrs Thatcher or the coalition’s Quad group from 2010-2015. Johnson is not a hands-on PM – and that’s an understatement – and it’s unclear who his deputy will be. May had Damien Green and then David Lidington, pragmatic loyalists who weren’t leadership competitors. And we don’t know too much about the power distribution within cabinet committees, the decision-making bodies that lie beneath cabinet where issues are processed and agendas set. So far, only 6 cabinet committees have been announced, three on Brexit, but given the pro-Brexit shape of cabinet and the immediate government agenda, this isn’t a surprise and these committees are dominated by Brexiteers to deliver priority number one on 31 October.