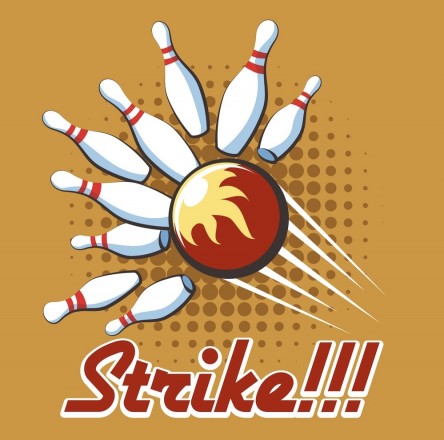 The Starmer ‘phenomenon’ is not one that history will linger over. Keir Starmer is not Tony Blair. He is not even Neil Kinnock. He is, by contrast, absolutely the wrong man, in the wrong place, at the wrong time. Think back to the halcyon days of 2015 when in the Labour Party leadership contest the surprise left candidate, Jeremy Corbyn, did little more than offer an honest critique of where neo-liberalism had gotten the country and propose a mildly socialist alternative. His opposition – including arch Blairites like Yvette Cooper and Liz Kendall – were left looking like fish swimming around the media gold fish bowl with nothing but empty bubbles of Blair dribbling from their mouths. Pound shop Blairism was not enough then, and here’s the good news: it certainly is not enough now.

Today, Starmer is facing an even more turbulent world than that of 2015 and on each of the critical issues that he has had to deal with, Starmer has failed and utterly so: building a non-factional party, the constitutional crisis, the international crisis and the cost-of-living crisis.

Starmer learned from the drubbing that Corbyn’s supporters handed out to the Blair/Brown second eleven. There was no attempt to defend the indefensible in his leadership bid. Instead, he misled. In other words, lied. He promised to retain the core economic platform of the previous leadership, which he knew was popular because polling evidence confirmed that. He promised to rid Labour of the unpalatable aspects of the Corbyn project which had led to the 2019 defeat – like antisemitism.

It is not possible to consider Starmer’s rise to the Labour leadership without a discussion of antisemitism. Labour is not nor has not been free of members who hold antisemitic views. However, under Corbyn’s leadership, the level of antisemitism in Labour went down as reported in Scottish Left Review (Jul/Aug 2018). Starmer was, however, willing to peddle the myth to the contrary.

In April 2018, the Guardian carried a story reporting on Starmer – at that point still a Corbyn loyalist – attacking Len McCluskey: ‘Sir Keir Starmer has hit back at the trade union chief Len McCluskey for accusing Labour MPs complaining about antisemitism of ‘smearing’ Jeremy Corbyn. The shadow Brexit secretary suggested that those who denied the party had an issue with antisemitism were ‘part of the problem’.

Now we have it from no less an authority than the Forde Report – set up to assess the veracity of a report written to be sent to the Equalities and Human Rights Commission (EHRC) inquiry into Labour’s approach to dealing with antisemitism – that accusations of antisemitism against the Labour leadership under Corbyn were false. Worse still, Forde acknowledges that: ‘Some anti-Corbyn elements of the party seized on antisemitism as a way to attack Jeremy Corbyn’.

In light of that, Corbyn’s statement from nearly two years ago that antisemitism in Labour was ‘dramatically overstated for political reasons by our opponents’ can be seen to be rooted in political reality. But when Corbyn made that assessment, Starmer expelled him from the Parliamentary Labour Party.

That’s not all that Starmer has neglected to address from the findings of the Forde report. How about: ‘Party staff saw one of their main tasks as finding pretexts to expel Corbyn supporters, in what they termed ‘Trot busting’ … exercises’. Or that senior staff were guilty of ‘deplorably factional and insensitive, and at times discriminatory, attitudes’ towards Corbyn supporters or that Labour Party staffers misappropriated members’ money to fund ‘campaigns supportive of sitting, largely anti-Corbyn MPs’. Meanwhile, of course, they withheld resources for ‘campaigns for pro-Corbyn candidates in potentially Tory winnable seats’. Starmer did not end factionalism. He endorsed it.

Starmer’s lack of appeal to an increasingly restive party membership has been intensified by his attitude towards the current conflict in Europe between Ukraine and Russia. In a survey in 2020 when Labour members were asked which campaigning organisation they most supported, Stop the War won. Given his attitude to the membership, perhaps we should not be surprised that after the conflict in Ukraine erupted, Starmer chose to attack Stop the War. He demanded that 11 Labour MPs withdraw their names from a Stop the War statement or else lose the parliamentary whip, hence, excluding themselves from being adopted as Westminster candidates for Labour.

The basis of Starmer’s position was not that Stop the War was being partisan. It was rather it was being partisan for the ‘wrong’ side. Stop the War called for a cessation of hostilities, but in its analysis of the cause of the crisis it acknowledged the role of NATO expansion eastwards in raising tensions with Russia, in breach of commitments NATO had previously made when the Soviet Union was dissolving. Starmer argued that any criticism of NATO was unacceptable since it was essentially treating Russia and NATO as equivalents – we are, apparently, to forget NATO’s record of aggression over the last quarter-century.

As the war continues and the deaths and global consequences pile up, like many wars before, Starmer’s bellicose stance on behalf of Western imperialism will not only be challenged, it will become untenable, a process that will accelerate as food and energy prices soar – bad enough here, but fatal in the global south.

The recent Panelbase poll with the now predictable constitutional stalemate in voter intentions – ‘Yes’ 49% (-2), ‘No’ 51% (+2) this time – had some unwelcome news for Labour. It shows that of those who voted Labour in 2019 in Scotland, some 32% would vote for independence today. It would seem reasonable to infer from this, that even a third of Labour voters in Scotland are not persuaded by Labour’s position on the constitution, not to mention the many working-class voters who now vote for the SNP. On this issue, Starmer had an opportunity to present an alternative that might have helped cement support from Labour’s existing voters and, perhaps, even win SNP supporters disillusioned by that party’s perpetual drift rightwards.

Indeed, that is just what Starmer promised – a constitutional commission with Gordon Brown as adviser that would set out ‘a new phase of radical economic and political devolution across the United Kingdom. I want devolution and social justice to be the hallmarks of the next Labour government … It will have one overriding priority: to push power closer to people. And to deliver a more democratic and socially just United Kingdom. It will put our nations and regions at its centre … It will involve all parts of the labour movement: our members, trade unions and supporters. And it will welcome community organisations, grassroots groups, and movements for change’.

That was in December 2020. Since then, silence. Sightings of Gordon Brown’s Commission have been as rare as that of the Snark, and many fear that when it does appear it might well be a Boojum. The reason for their concerns, and that includes Gordon Brown, is that Starmer seems to be backing away from his promises of radical change. A key element of radical, constitutional change is abolition of the House of Lords in favour of a senate of the nations and regions. According to the Guardian when Starmer was asked about this reform to the Lords last November, he would only make a vague commitment to ‘change’.

This timidity is characteristic of Starmer and is likely to leave Scottish Labour bereft of a radical constitutional response to an increasingly right-wing vision of independence being offered by the SNP as well as undermining the Welsh Labour Party’s demand for radical federalism which also requires the abolition of the House of Lords in favour of a senate of the nations and regions.

This timidity is also embarrassingly evident in Starmer’s response to the cost-of-living crisis. The fall in ‘real’ wages caused predominantly by high inflation is driven largely by profit taking exacerbated by soaring energy costs and should have been an open goal for football loving Starmer. His response would embarrass a Sunday pub side striker. He missed an open goal and by some distance.

He described the energy price cap, when it increased to £1,971, as ‘a very, very big problem’. Instead of arguing for its reduction, he argued that we freeze it at its current rate until January 2023. In other words, his freeze would last six months. If there are no further interventions, it is expected to rise to £3,579. The package requires an increased windfall tax on oil and gas company profits and the £14bn of government funding already earmarked for support. There was no mention of the need to nationalise energy companies, the only certain way of ensuring fairness.

Meanwhile, even the power companies realised the likely reaction of customers faced with two years of price hikes. They pitched to the UK government that it guarantee loans to energy companies to allow them to keep bills frozen at just under £2,000 for the next two years – a good deal longer than Starmer’s plan – but paid for by a so-called deficit fund which would be repaid through bills over the next 20 or so years.

Nicola Sturgeon too, was quick to exploit the crisis, arguing that the Westminster government should consider nationalising the energy companies, although her own a high-profile pledge to set up a Scottish government-owned supplier has been ditched. Nevertheless, her demand highlights the limpness of Starmer’s approach.

But if Starmer’s response to energy costs was cautious to the point of political cowardice, his reaction to union strike action in defence of workers’ standards of living was reactionary. He forbade front bench shadow spokespersons from attending picket lines and sacked prominent left-winger, Sam Tarry MP, shadow spokesperson for Transport, for speaking to the media from a CWU picket line. Anas Sarwar, by contrast has issued no such edict and been on picket lines himself.

As expected, unions have been incandescent in their responses to this. But Labour will suffer more than just opprobrium from union leaders. What Starmer is doing is driving a wedge between Labour and its affiliated unions. Responding to the sacking of Tarry, UNITE general secretary, Sharon Graham said: ‘And if you don’t do that [defend workers] you are no longer the party for workers – that’s the reality.’  It brings the possibility of disaffiliation, especially by UNITE, closer, especially since in 2023 UNITE will have to win a ballot of its membership to retain a political fund, without which they cannot affiliate to any political party, or indeed spend money on any political activity.

And so, Keir Starmer, the unfortunate love-child of Max Headroom and Gordon Brittas, as one Unheard commentator described him, has demonstrated beyond doubt that he is a very square peg in a potentially revolutionary hole. He has alienated increasingly politically conscious trade unionists and community activists determined to fight for a decent standard of living and against profiteering. He has disappointed those fighting for a radical, federal solution in Scotland, Wales and the regions. He has insulted thousands of ordinary Labour members who voted for him on the basis of the 10 pledges that he has since repudiated. It is only a matter of time before we see the back of him.

Vince Mills is a member of the Red Paper Collective (https://redpapercollective.net/) and the Campaign for Socialism (http://www.campaignforsocialism.org.uk/)