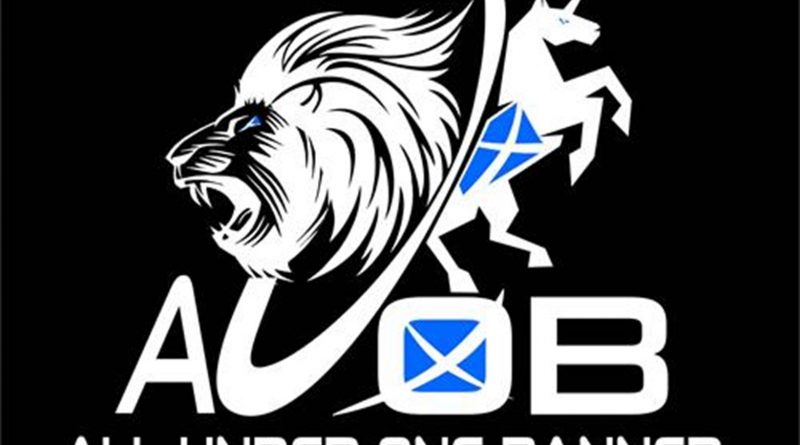 Keir McKechnie reports on how AUOB is changing not just to meet the times but to shape them too.

Support for the Union has never been more fragile. There have nearly 20 successive polls showing a majority in favour of independence. Parties favouring a break with Britain are on course to win a significant majority in the Scottish parliamentary elections in May. Perhaps most significantly, 72% of under 35-year olds would vote ‘yes’ in an independence referendum.

The SNP has clearly benefited from the Tories’ disastrous and deadly bungling of the coronavirus crisis. Despite many problems and limitations of the SNP’s handling, there is no doubt its approach appears more competent and caring than the Tories’. Yet, all is not well in the independence movement. The SNP leadership has come under sharpening criticism for its over centralised control of the party’s agenda and its lack of a convincing strategy for a second independence referendum. At the November SNP conference, the ‘left-leaning’ Common Weal Group won 11 seats on the National Executive Committee and delegates voted for Chris Hanlon as the new ‘policy chief’ in preference to leadership loyalist, Alyn Smith, who had attacked what he described as ‘factionalism’ in the party.

Another important development has been the beginnings of a new grassroots membership organisation initiated by pro-independence organisation, All Under One Banner (AUOB). Since 2104, AUOB has organised many demonstrations across Scotland, culminating in 200,000 marching through Edinburgh in October 2019. Ninety thousand turned out in Glasgow in January 2020 on a windswept, rainy Saturday to show their opposition to a new Tory government which Scotland did not vote for.

Unfortunately, many on the left in Scotland are failing to engage with this growing movement and dismiss it as a group of flag waving, narrow-minded nationalists. Former SNP MP, George Kerervan, was able to see its radical potential and working class nature when he described those marching under AUOB in The National in February 2020 as the ‘biggest working class movement since Solidarnosc’. Anyone who positively engaged with the demonstrations found a strong working class, anti-Tory sentiment, people open to anti-racist arguments, support for refugees and migrants and a recognition radical action is needed to tackle global warming and devastating climate change.

Without the activity of AUOB and the thousands of other independence supporters and local ‘Yes’ groups, who continue to campaign across Scotland, it is doubtful whether support for independence would have remained as strong as it is. AUOB held an Assembly for ‘Yes’ groups and independence supporters in February 2020 with two further online assemblies in November 2020. The end result was the election of an inaugural 15-person National Committee, elected from a franchise of over 1,200 people who registered for the Assemblies and charged with creating a new mass and democratic membership organisation in 2021. So how can the new organisation become something different and more relevant than what has gone before?

Our aim is to build a mass grassroots membership organisation based on radical action to win independence. The mass demonstrations have built the confidence of the movement and won over new sections to support and campaign for independence. The leadership from the SNP has been lacklustre to say the least and it has no strategy to confront the Tories if a request from the Scottish Government for a Section 30 Order is refused. The new mass membership organisation has been set up to help unite the movement, intensify action and act independently of the SNP leadership. The assemblies highlighted a desire to build support amongst new audiences – trade unionists, young people, the anti-racist movement, and climate justice campaigners.

We need to move beyond politicians who solely rely on a parliamentary strategy. Mass campaigning and civil disobedience, if necessary, need to play a part to make Scotland ungovernable for the British state. It is vital that trade unionists and socialists get behind the campaign. The British state has been no friend to the working class across Britain. It is in all our interests that it is broken apart. Working class unity does not depend on borders, but instead on mutual respect and solidarity.

The Scottish Parliament elections will be a massive opportunity to sink the Tories, reject austerity, and move beyond the current COVID disaster. However, having a pro-independence majority in Holyrood is not enough to win independence. We need a leadership in the independence movement willing to go beyond legalistic manoeuvres or those who are limited by fears of upsetting the courts or institutions like the EU.

We need a movement in the streets, schools and colleges and, crucially, in workplaces. It is vital that the left and unions support Scotland’s democratic right to have a second independence referendum. The STUC and UNISON have made encouraging changes to their position in that direction. Labour supporters for independence should be relaunched and would be welcomed with open arms. AUOB does not endorse any single party in Scotland committed to independence. My personal view is that the new organisation should adopt the same position and that it must avoid becoming a vehicle for continuing the internal disputes currently taking place within the SNP.

Our focus will be building a membership-led body which will be launching a series of public meetings, online rallies, and mass demos in 2021. Opportunities exist to fight for a radical transformation of Scotland, to reject neo-liberalism and move beyond the limits of a pro-business, low wage tax haven for big business strategy espoused by the SNP’s Growth Commission. The left in Scotland needs to get on board. The independence movement needs you and you need us.

Writing in a personal capacity, Keir McKechnie is the All Under One Banner (AUOB) Chief Steward and member of newly elected National Membership Organisation National Committee.