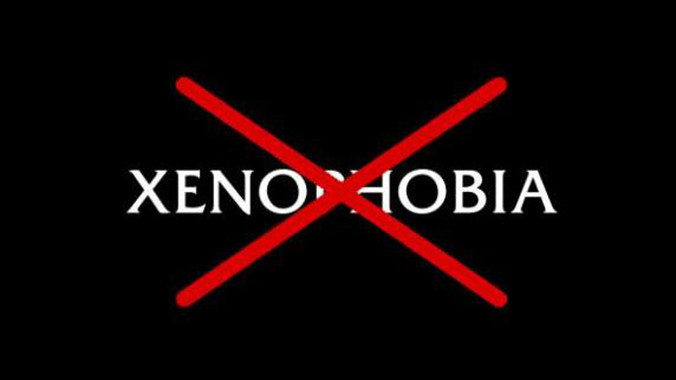 For more than ten years, I’ve divided my time between Britain and South America. Over my comings and goings, one of the main changes I’ve noticed has been an increasing hostility to foreigners—or, more accurately put, certain types of foreigners— in Britain. We have become a deeply xenophobic country (some parts more so than others). Perhaps this has always been the case – maybe I have merely discovered a reality I was hitherto unaware of.

The rise of anti-immigration sentiment would seem to have two immediate causes: firstly, the arrival of large numbers of people from other EU member states; and secondly the apparent scarcity of resources in what remains one of the world’s most affluent countries – a phenomenon exacerbated by the austerity prescribed as medicine to the recent protracted economic downturn. And there a third cause whereby immigration provides a convenient scapegoat for the deeply rooted problems of a grossly unequal society.

There’s no question freedom of movement represents a major political challenge for the EU, but it is not one that is going to be solved by a ‘send ’em all home’ mentality and a retreat into the illusory comfort zone of ‘Little England’.

Solving the problem constructively means working together with other EU countries to find commonly acceptable solutions, an approach to which Britain’s aloofness in European affairs does not lend itself well.

Leaving to one side the social problems created by British citizens exercising their right to freedom of movement in places such as Benidorm and Magaluf, back home in a country with an aging demographic and an extremely high cost of living the presence of other EU citizens plays a vital role in our highly imbalanced economy. Who else, for example, would be willing to work for a recently rebranded ‘living wage’ (a masterstroke of Osbornian newspeak) that still falls far short of reflecting the real cost of living?

Yet our intolerance of foreigners is not solely confined to the EU, as shown by the relatively recent introduction of a minimum income threshold for spouse visas. Thus, UK citizens marrying non-EU nationals are now effectively treated like second-class citizens, debarred of an automatic right to family life in Britain. If, for one reason or another, at one point in your life you find yourself classed as ‘poor’ (regardless of any previous contributions you might have made to your country), there exists the possibility you’ll face the stark choice between Skype parenthood or involuntary exile from your homeland.

The injustice of this piece of legislation is hard to avoid. That is, unless, you monetise it. After all, why should hardworking people be forced to subsidise the luxury of marrying and starting a family with someone from another country?

If there is a common theme to all our concerns about immigration, it an irrational paranoia that people who come to Britain do so with the sole intent of extracting the maximum possible gain from the welfare state. Surely, it’s more reasonable to assume most people who come to settle in a country are keen to find a job, pay their way and contribute to their new home. That low-income families are reliant on state support says more about the divergence between wages and the cost of living than it does about any opportunistic desire to leech from the public purse.

But that’s the problem with monetising everything. Not everything can—or should—be reduced to a financial cost-benefit calculation. Sometimes benefits are collective. Sometimes they are not immediately tangible. How to measure the collective contribution made by the members of a family unit over the course of their lives? How to measure the collective contribution of many such families? To be sure, studies show the net economic benefit of immigration to be positive. Useful information no doubt, but do we really want to live in a society in which we measure people’s worth by their economic value and by default see them as a threat to our material wellbeing? Yet that is precisely the type of society we have become: materialistic, self-interested, ‘aspirational’.

Returning from abroad, a colleague asked me if I thought people in Britain were selfish. Later that day, I found words from Jimmy Reid’s rectorial address going round in my mind: self-centred; grasping; bang the bell Jack, I’m on the bus. Reid made his address in 1972, yet his warning seems more prescient than ever and our growing hostility to foreigners is merely a reflection of the malaise he painted so vividly.

The central issue concerns the set of values with which we, as a society, approach them. Or perhaps Reid’s arch-nemesis was right: there is no such thing, just individual men and women, islands of self-interest adrift on a sea of material wealth. If that is the case, we are certainly much the poorer for it.

Chris Sharpe (pen name) is currently based in Edinburgh, where he is studying for a PhD and works as a freelance translator.