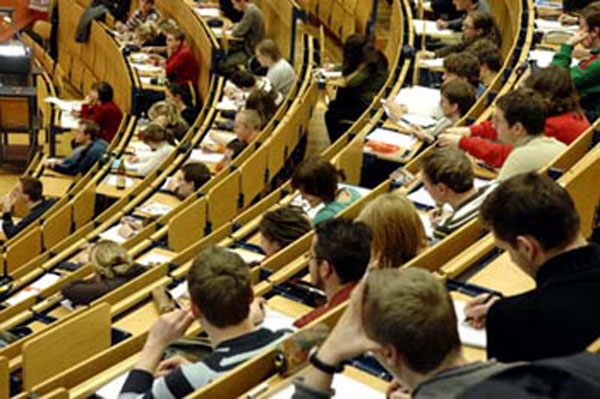 The forthcoming referendum on Scottish independence sits above Scotland’s political landscape like little else has done in recent years. Depending on your view it is either casting a shadow or shining a light. All policy issues currently being debated are viewed through the prism of whether they help or hinder the Yes Scotland or Better Together campaigns. Critics of independence argue that Scotland is currently on hold, while proponents argue that eyes are being cast upwards and that what is up for grabs is no less that the very essence of the type of country we want to live and work in.

With both sides accusing each other of offering nothing more than jam tomorrow, the University and College Union is deliberately neutral in the referendum debate and is carefully analysing the arguments on both sides – fact reiterated by motions passed by branches in advance of our Congress. We are, however, absolutely determined to use the opportunity the debate has created to consider the essential purpose of higher education and of our universities in Scotland. While the nation considers its future it seems opportune to also reflect on what role education and higher education in particular will play whatever the outcome on September 18. This is particularly so given the role of higher education and its hugely positive impact both on those individuals undertaking study but also on the economy, our society and the nation’s reputation and place in the world.

UCU Scotland’s members’ deliberations on the purpose of universities and what they are for is hugely wide ranging. It embraces the manifold benefits – economic, social, cultural, health and civic – of higher education to the individuals and to society as a whole and the communities we live in. As a trade union we unashamedly approach the debate from the perspective of our members – the workers in the sector – but we are also taking into account the union’s commitment to students, and our fundamental belief in the value of education for itself. UCU members have been debating these issues in their workplaces, in branches, and in our Scottish Executive Committee for some time. We look forward to the debate continuing at our forthcoming Scotland Congress.

Education is already one of the most devolved areas in Scotland due to historic differences in both school and post-school education, as compared to the rest of the UK. Prior to the establishment of the Scottish Parliament in 1999, the higher education budget and policy was determined by the Scottish Office, with a Scottish Higher Education Funding Council only established as late as 1992. Devolution in 1999 led to further divergence in higher education policies and Scotland has been able to pursue distinctive policy priorities, including on landmark issues such as tuition fees. The approach in Scotland on enhancing university governance has been dramatically different from the highly marketised agenda of the Westminster Government. UCU wholeheartedly endorsed the 2012 Von Prondzynski Review of HE Governance and continues to push for the implementation of all its recommendations in full. We are clear that inclusive, transparent and collegial governance systems, which value the academy, staff and students can make a positive difference.

Nevertheless, there remains much that is common between the sector in Scotland and that in the rest of the UK. The Research Councils that fund academic research are currently UK-wide and one of the few areas that are not devolved. Scotland is generally regarded as doing well from the councils – Scotland currently receives around 13 per cent of grants which is higher than a simple population share would give. The Scottish Government’s white paper on independence imagines UK-wide funding arrangements continuing and envisages Scotland continuing to do well both on a UK playing field but also increasingly from sources outwith the UK too. What is clear is the need for continued research funding regardless of the constitutional set up, and it is vital that research investment is maintained to ensure our universities’ continued success and to support uniquely Scottish research.

As a union we are less convinced of the current method of allocating research funding, both here in Scotland and south of the border. The recent Research Excellence Framework assessed the quality of research in the UK, but we believe it is already having unintended consequences in universities. There needs to be a less high stakes research funding system, and a fairer way of recognising and rewarding the diversity of research in universities, which does not polarise university career paths, nor penalise those working to longer term or localised research goals.

Universities maintain collective pay bargaining arrangements on a UK-wide basis – a situation which is commonly (including by UCU Scotland) regarded as benefiting both employees and employers. Doing so allows the sector to negotiate pay on a fair, efficient and sector-led basis which reflects the UK-wide – and for many institutions and disciplines – worldwide nature of the labour market. Of course, that there is consensus on the need for UK-wide collective bargaining doesn’t mean it follows that there is not also disagreement on our members’ pay offers. Far from it. Since October 2013 we have seen an increasingly bitter pay dispute, with employers seeking to impose a real terms pay cut on our members equating to around a 13 per cent cut since October 2008. At the same time university leaders have been awarding themselves huge pay rises – on average receiving a rise of 5.1 per cent last year whilst refusing to give staff more than one per cent. Every university Principal in Scotland earns more than the First Minister and the Prime Minster, with the average annual salary across the UK for vice-chancellors now almost £250,000. Despite this pay dispute UCU sees value to benchmarking pay in universities across the UK, and we believe there is a strong case for continuing cross-border arrangements.

One of the other major issues our members face is the increasing casualisation of the workforce in higher education and increased use of zero hour and other atypical worker contracts. An investigation the UCU carried out in 2013 found that Universities and Colleges were more than twice as likely as other workplaces to use zero-hour contracts. And the use of these casual zero hours contracts was more prolific in Scotland with two-thirds of institutions using them. The UCU’s report into the issue found that the University of Edinburgh had more members of staff on zero hours contracts than any other in the UK. On the back of UCU Scotland publicising this and gaining political momentum against their use, the University signed a welcome agreement with UCU Scotland to work towards ending their use, work that is still in progress. Sadly casualisation within higher education in Scotland is about more than one University, and we will continue to work and campaign on the issue until the scourge of casual contracts is outlawed or so discredited that Universities are unable to use them.

One of the major differences between higher education post-devolution between Scotland and other areas of the UK are tuition fees. UCU Scotland believes that higher education in Scotland should continue to be free at the point of entry and to that end the union opposes undergraduate tuition fees. Intellectual ability, not family background and income should determine participation. UCU believes that it is right that students who benefit from higher-than-average incomes after graduation should pay something back – but they should do so through progressive income tax.

Maintaining that basic principle that ability to learn should be the driver for someone accessing higher education also raises the question of how we widen access. The higher education sector in Scotland is attempting to address relatively disappointing and poor widening access levels at the moment through Outcome Agreements between institutions and the Scottish Funding Council, and the Post-16 Education Act commits universities to do more on increasing access. The level of student support is inextricably linked to this agenda, and Scotland needs to do more to support students to enter and sustain study. Funding is an important part of the widening access and participation agenda. It also relies on other educational and social levers, including pre-school education and wider tackling poverty initiatives. Therefore, the ability to increase participation in higher education, and to ensure students from non traditional backgrounds benefit from a university education, will depend on both political will and funding provisions, whether in a devolved or independent context.

The sector in Scotland is of course not immune to the market given the introduction in 2012 of rest of UK fees of up to £9000 a year for students from England, Wales and Northern Ireland. This move, strongly opposed by UCU, does not enhance our system in Scotland, and makes an undergraduate degree in Scotland the most expensive in these isles. The RUK fee does raise obvious questions for its continuation in an independent Scotland.

The referendum debate is also an opportunity to set out our desire for an immigration policy which is more in tune with the ambitions of higher education and the desire to be a welcoming, inclusive nation. The current UK government’s draconian immigration system is damaging international engagement, and prevents the free movement of staff and students. The Fresh Talent initiative was pioneered in Scotland and should be reinstated.

There have always been differences in education policy in Scotland from the rest of the UK and devolution has accelerated many of these, often to Scotland’s advantage. But there are also strengths in the benefit of cross border research funding and in the common cause between workers in the sector across the nations of the UK. UCU members across the UK face common hardships – be it casualisation, pervasive managerialism, or the ongoing dispute over pay.

It is true that the heightened nature of debate in the months to come can lead to organisations failing to have issues they raise properly considered other than whether their comments or campaigns are construed as supporting either Yes or No. But the reflective nature of a nation deciding its next steps mirrors UCU Scotland’s decision to take stock and consider the future of higher education and our universities and what they mean to our economy and society. UCU Scotland is determined to use the opportunity of the referendum to ensure the sector is part of the debate, and to present our vision for the sort of higher education system we could have, which is inclusive, well funded, collegial and pushing the boundaries of learning and knowledge. We will do this alongside ensuring we value those working in the sector, to provide a fair deal for all.