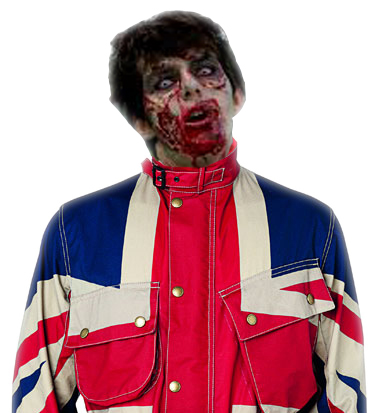 On the last page of his book Empire: What Ruling the World Did To The British (Penguin Books 2011), Jeremy Paxman claims Great Britain suffers from “a vanishing sense of national purpose”, and “the most corrosive part of this amnesia is a sense that because the nation is not what it was, it can never be anything again”. What it was is of course the title: ‘Empire’. Paxman’s essay follows an earlier attempt to analyse The English (Michael Joseph 1998, Penguin Books 1999), and accompanies Kwasi Kwarteng’s Ghosts of Empire: Britain’s Legacies in the Modern World (Bloomsbury 2011). There is a stronger current of inquiry here, still ongoing and certain to mount from imperialism into ambiguity, developing certain theses originally posited by Ernest Gellner in Nations and Nationalism (Blackwell 1983, new edition 2004) and Liah Greenfeld’s Nationalism: Five Roads to Modernity (Harvard. new edition 1993). More roads open up all the time, and for Great Britain this terrain has become a realm of mingled nostalgia and unsettling research. The empire may have gone politically, but it has bequeathed a formidable psycho-social inheritance focusing naturally upon the question of Englishness. English identity was for so long over-extended by the needs of empire that it is bound to experience problems of contraction: it may have set the wider machinery of nationalism going (as Gellner and Greenfeld both argue) but this meant it would never itself become a standard-issue nation-state. 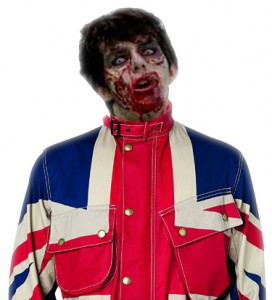 Kwarteng’s ghosts are also zombies and vampires, a recognisable theme of the moment. As I was reading Paxman, the Scotsman book pages carried a piece entitled ‘Reading in the Dark’ on Saturday October 29 (Viv French): “Skeletons, zombies. Vampires, ghosts and ghouls…look along the shelves in any bookshop, and you could be forgiven for thinking it’s Hallowe’en all year round”. For some reason the Undead are not only with us, the cemetery gates are creaking louder than usual and publishers are right over there, digging hard into the small hours. Empire just won’t let us go. Zombies refuse to blend into the supposedly brighter universe of Globality: they make their presence felt, perhaps more strongly than ever for example in Colson Whitehead’s new novel Zone One.

For anyone returning to Britain after a long period overseas, one striking feature of everyday life has become the increased prominence of the all-British flag, or ‘Union Jack’. Once special and ‘official’, linked to state or public occasions, the image has become inescapable. Every store offers Union Jack cushions, crockery, T-shirts, towels and under-pants: the red-white-and-blue has turned into an obtrusive pattern of daily life as if the population needs to be nagged constantly by a patriotic dimension they might otherwise ignore, or forget. In The English Paxman wrote about his subjects “rediscovering the past that was buried when ‘Britain’ was created”, and inventing a new future, with a nationalism “less likely to be based on flags and anthems”. However, this can hardly avoid a more intimate and English emphasis: the ‘little England’ sidelined by ruling the world. For centuries a sustained outward thrust made this seem parochial, an outmoded past eclipsed by ever-expanding boundaries in effect, a premature and one-sided globalization.

The Anglo-British may not know what will replace the anthems of expansion, but find themselves amused by reminders of the latter: a daily nostalgia and reminiscence of past days

Yet one cannot return to that past either. The attainment of actual globality at the end of the Cold War has altered all the parameters. Isn’t this why the actual ‘empire’ of the post-1989 globe makes the previously sacred appear ordinary, even quaint and piquant? The Anglo-British may not know what will replace the anthems of expansion, but find themselves amused by reminders of the latter: a daily nostalgia and reminiscence of past days. Sitting on a Union-Jack cushion would once have been disrespectful; now it’s just fun, a playful disregard of something that has lost serious charisma. And at the same time, the non-English periphery of the archipelago is reasserting itself. After southern Ireland in the inter-war period, Wales and Scotland are pushing seriously for separate political identities, which can’t help being non-English as well as anti-British.

Quite understandably, English opinion tends to confuse the two things. What world-pretension ‘did to the British’ in Paxman’s sub-title was bestow a blessing on the confusion: ‘Anglo-British’ became chronic, a mindset now very difficult to question and dislodge. He wants to get beyond it, but in The English didn’t get beyond banal lists of supposed traits: the new or post-nationalism is supposed to move beyond flags and anthems and become “modest, individualistic, ironic, solipsistic, concerned as much with cities and regions as with counties and countries” (pp.265-6). The story behind this is England’s transformation by empire: priority in the nation-state process led to a unique mutation of civil society, including a structural emphasis upon ‘class’. Successful imperialism required an extensive elite, built up by an educational system distinct from (though allied to) the state the ‘public’ school and ‘Oxbridge’ hierarchy. Hence the ‘illogical’ salience of social class in the land of the industrial revolution.

This led in turn to the over-theorization of social class. A stratification actually generated by empire was confused with one due to capitalist development itself, and then given philosophical shape by Marxism and other ideologies. Such was Anglo-Britain’s principal ‘legacy in the modern world’ in Kwarteng’s sense, now also described by Paxman. The greater part of Empire is taken up with how the legacy was acquired, through plunder, slaughter and theft, much of it ‘made by Scots’. At the heart of the inheritance is an instinctive conspiracy to resist the return of England: that is, ‘little England’ as simply one nation amongst others: Greenfeld’s ‘First Born’ reduced at last to identikit nationality.

This is also where Scotland most directly affects the dilemma: ‘Zone Two’, as one might say, now clearly moving towards its own standard-issue nationhood. The latter can hardly avoid being the lever for 1707’s other part or at least, in the first instance, for ‘England and Wales’, the curious composite entity embodying the earlier ‘incorporation’ of the country beyond Offa’s Dyke. But few would now expect that alloy to persist. The disappearance retraced in Empire is also its disintegration not surprisingly, a pathology needing forensic investigation and assistance. In Great Britain, serious social analysts have now all donned white coats and learned about stethoscopes and gloves. I can conclude only provisionally, and with a motto: ‘on with the work’ (and pay no attention to the groaning soothsayers up there in the viewing gallery).