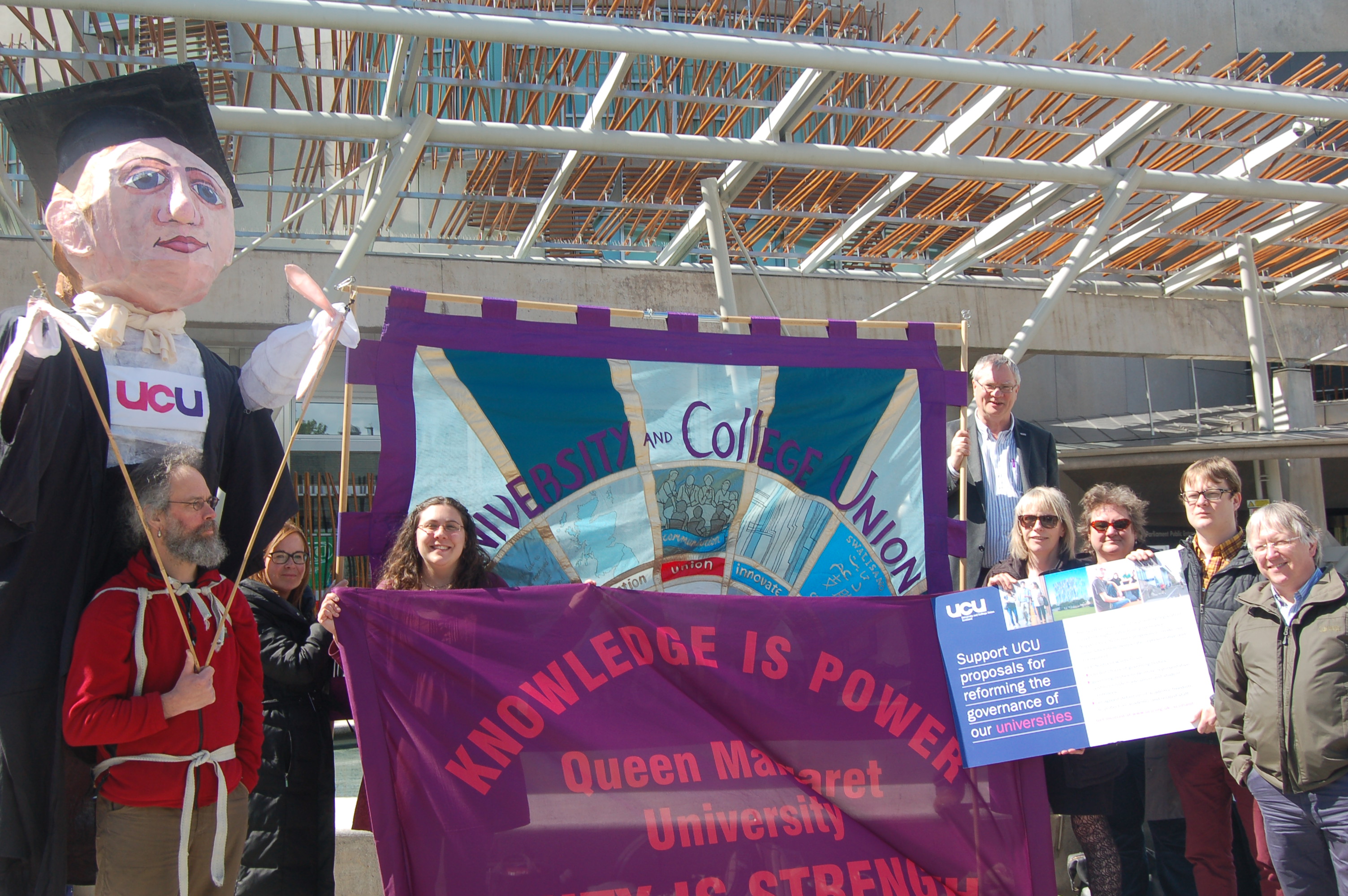 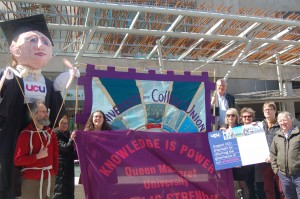 opens IMAGE file The current debate around university governance and plans – proposed by the Scottish Government and supported by the Scottish Labour Party – to reform the sector is one that can reverse the increasing prevalence of managerialism in Scottish higher education. It is also an important bellwether of how employers and the Scottish government regard unions.

At the moment how universities are governed varies from institution to institution. In some, the chair of the governing body is elected and in others they are appointed by committees themselves made up in part of appointees. Governing bodies are important both because they make the decisions that affect UCU members’ work and lives but also because universities have a key role to play in society and the economy.

In 2012, an independent review carried out by a university principal, current chair of court, and STUC and student representatives recommended, amongst other proposals, that all chairs be elected and that union and student nominees have places on the new more democratic governing bodies. The Scottish Government has promised legislation and recently ran a consultation on these proposals. So far so uncontroversial you would think – elections, democracy and union nominees on the board of institutions that receive over one billion pounds of public money each year.

Apparently – not so. Universities Scotland – the body that represents university principals – described proposals to include union nominees onto governing bodies as ‘undemocratic’ and worse also described the inclusion of union nominees as being contrary to the Nolan Principles of Public Life – selflessness, integrity, objectivity, accountability, openness, honesty and leadership. That principals believe trade unionists on university courts would not be able to act in a way conducive to those standards betrays a mind-set that is stuck in the 1980s rather than one which recognises the positive role of unions.

Those who argue against reform say there is no evidence of a problem and that, put simply, ‘if it ain’t broke don’t fix it’. Since the start of 2015, however, we’ve seen countless examples of exactly how the Scottish higher education sector is, if not broke, then certainly in need of both some honest appraisal and a change in tack on governance.

Many UCU members sit on their university governing bodies as staff members. A common complaint from them is that the refrain amongst many of the other court members (who will often come from an almost homogeneous professional or executive background, will often be male, often retired and most often be middle class) of the need to take ‘difficult decisions’.

In reality, taking ‘difficult decisions’ is a badge of honour taken to show how tough and business savvy you can be. The problem is though, that universities aren’t businesses. And, any analysis of press clippings relating to the higher education sector since the turn of the year would demonstrate that the problem isn’t a lack of willingness to take tough decisions. Rather, the problem is how to challenge and interrogate some of the nonsensical decisions senior managers in our institutions take on a depressingly regular basis.

From the partner of the principal of UWS being reportedly appointed as a consultant on £500 per day to university principals being awarded up to 13% pay rises and expenses of £27,000 for airline flights with little or no transparency, then if there is not a crisis in the sector, then it would be fair to argue that there is a lack of accountability in the way universities are led.

Governance is about ensuring the decisions taken about the running of universities are properly scrutinised and challenged. It may be that a university principal appointing his/her partner as a consultant or being awarded an inflation busting pay rise with no reason being given in the minutes of the remuneration committee could be a correct and justifiable decision. But until those decisions are made in the open and following challenge, discussion and debate, then we can’t know for sure.

On one side of the debate you have the staff in our universities represented by the unions on campuses and the students under the leadership of NUS Scotland. On the other, university principals who believe that things are just fine (at least for them) as they stand at present.

The question is who will ministers listen to? With the consultation over and a draft bill imminent, the sector is waiting with keen anticipation. How ministers proceed is an important indicator for the SNP government under the new leadership of Nicola Sturgeon and an early test for her new education secretary, Angela Constance. She can choose either to make our universities more democratic, representative and transparent, or, on the other hand, listen to principals who attack unions and our right to be involved in universities’ governance.