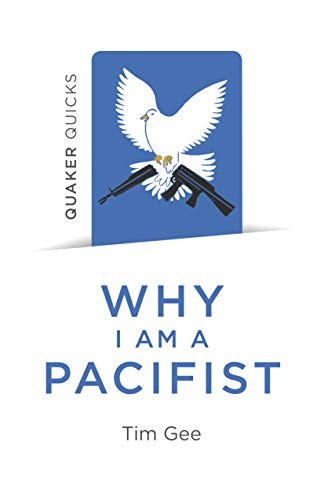 The word, pacifism, was coined in Scotland in the early twentieth century. Tim Gee asks if is it time to broaden its scope.

In 2011, after a racial slur was used on a women’s rights march, writer Flavia Dzodan wrote a blog called, ‘My feminism will be intersectional or it will be bullshit’. The framing was picked up by others, adapting the title to environmentalism and to activism more broadly but it was far less talked about in the peace movement.

Peace campaigners have long pointed out the connections between struggles for peace and for equality in its various forms. Yet the very reason that so much has needed to be written on these themes is that the transition to becoming a fully equal, anti-sexist, anti-racist peace movement has very often been resisted. So, I want to argue that the stated aim of non-violent action should be the liberation from all kinds of oppression, which in the process will help end war, and for that matter climate change too.

The word, pacifism, was born in Scotland, at an early twentieth century peace conference in Glasgow, to describe the practice of actively creating the conditions for peace, as an alternative to ‘anti-war-ism’. Very quickly though – and in particular through the course of WWI – it became a word principally used to describe what a person was against.

The term, intersectional, was coined by the academic and civil rights advocate Kimberlé Crenshaw, in 1989 as a means for understanding how different forms of injustice and oppression compound one another. The ‘intersection’ is the crossroads where traffic representing racism, sexism, classism, ageism, disablism, homophobia or transphobia converges, leading to the risk of harm being done to any person at the intersection.

For proponents of peace, the frame applies to the outbreak of armed conflict, where the effects of such injustices come together. I make no claim to know whether the capacity for violence is part of human nature or not. I do say with confidence, though, that structural violence is the product of systems made by humans, which can be remade by humans into something better.

The pathway to ideas that link masculinity to violence starts early. If you grew up male, the chances are that someone at some stage gave you a toy soldier or a gun to play. This often forms part of a sub-conscious strategy of preparing boys to fight. To some extent the strategy works: Most of the world’s soldiers are non-trans, straight, men. It’s also likely that it has side effects: The vast majority of terrorist attacks are by men. Most knife crime is by men. Most domestic abuse is perpetrated by men. Most of the politicians who send people to wars are men.

Racism is another violent mindset, often closely intertwined with xenophobia and religious intolerance. Again, it is not inherent or natural to anyone, but instead is learnt and, to some extent, taught. Among those doing the teaching are governments, seeking to persuade their populations that it’s okay to kill people born elsewhere. This has domestic effects too, including street violence and abuse against people perceived to share the nationality, ethnicity or religion of the places with which the government is at war. Thus, Islamophobia has grown in North America and Europe, fuelled by the so-called ‘War on Terror’ and far-right political forces.

We also need to talk about class, because the people who profit from resources won in war are usually the rich. Meanwhile, it is mainly workers recruited to fight and die in wars for those resources. If they survive, a great number later become homeless or experience PTSD. Ultimately, war harms everybody; soldiers, casualties, families, civilians, even those not yet born. If we look to those most affected by war, it is often women of colour, especially if they are already experiencing poverty. If people are disabled, LGBTQI+, old or very young, the ability to access support networks that would help them move out of warzones, become even more limited.

In the face of such entrenched injustice, it can be hard to imagine what peace would look like. But if we picture a more equal world, free of racism, toxic masculinity and other discriminatory worldviews, then perhaps we could hold an image – maybe a feeling – of a peaceful world within reach.

Non-violent revolutionaries often say the means shape the ends. The hierarchy inherent in winning change through war tends to be reflected in post-transitional societies. Social approval for violence as a tool of political change very often then gives legitimacy to those who do not like the actions of the post-liberation governments to pursue their agendas through violence. This then leads to greater state repression in response.

Indeed, a 2011 study by Erica Chenoweth and Maria Stephan compared over 300 anti-regime, anti-occupation or independence campaigns over 100 years, concluding unarmed-people power campaigns are more than twice as likely to win in whole or in part compared to those using armed resistance.

But there’s a problem. While non-violent campaigns have helped transitions from dictatorships to democracy as well as speeding the end of extreme injustices in constitutional democracies, the method has rarely been followed by the election of governments willing to renounce violence abroad. Likewise, it’s often said that unarmed struggles like Indian independence and US civil rights movements did not have an appreciation of gender equality, and as a result the progress achieved was not accompanied by improvements in women’s rights.

If ostensibly non-violent movements fail to ‘join the dots’ between different forms of structural violence during their campaigns, then the chances are that the governments and policies that follow their revolutions will fail to do so too. There are lessons here for Scotland’s independence movement.

Most people would agree that peace is a laudable goal, and many would agree justice must be part of it. But many people and institutions who desire peace and justice do not call themselves pacifists. This partly results from terminology and believing peace is a condition. But peace is a process, of working for justice through nonviolent means. By definition, this involves working with people who are working against inequality, whether or not they see themselves as peace campaigners.

The pacifist holds that killing is wrong, as are the systems of systemic injustice. What then if a group to whom extreme injustice has been done, decides to takes up arms in the cause of liberation or to defend themselves against an immediate threat? To criticise those caught up in such a situation is rarely a route to understanding. To do so without first recognising the violence of the structures they are fighting could rightly be called hypocritical. From a position of working against the same injustice faced by the oppressed group though, we may well say that we don’t think that violence is right or effective and that it always runs the risk of entrenching the same dynamics from which the group is seeking to liberate itself.

This is an old discussion and, in practice, pacifists over the years have worked in the same spaces as those who have chosen other routes. In the Spanish Civil War (among many other conflicts), pacifists assisted those displaced by the conflict by setting up refugee camps and support. In WWII, many pacifists worked with the Friends Ambulance Unit, despatched amongst other missions to travel with the Free French. In the USA in the 1960s, when parts of the civil rights movement carried guns, Quakers in Baltimore and Philadelphia found ways to work with Black Panthers to run services for the community. In South Africa’s anti-apartheid struggle, non-violent activists continued the non-violent campaign, even after the ANC and South African Communist Party began training for armed struggle.

Today, pacifists create safe spaces for conversation between different sides in conflicts and act as mediators during wars. Their pacifism means each side knows no violence will be done by those they were speaking with. Pacifists have called for halting weapons sales to regimes that would use them in human rights abuses.

Is this just a cop-out? Aside from the duty to follow conscience, there are few hard and fast rules that apply to all situations. There are, however, some. War crimes, torture and capital punishment need to always and universally, publicly and confidently be named as unacceptable anywhere.

Pacifists are often asked if we believe in defence. The answer is yes but not necessarily in the way the questioner thinks. In any major war in the world, you’ll find that combinations of toxic masculinity, racism, classism and other forms of inequality helped pave the way for conflict. Tackling such injustices is the best route to global security.

Instead, money is poured into weapons like Trident. These weapons don’t protect us from major threats like climate crisis. Warnings have gone unheeded so violence is now being perpetrated through extreme weather. Nevertheless, governments spend 12 times as much on war as they do on climate change.

The goal of the pacifist is to take away the occasion of all wars. But would this approach have stopped Hitler? With an intersectional approach, the answer is yes. We now know Nazism grew in Germany thanks to racism, nationalism and fear among the elite of wealth being redistributed so they sided with the far-right. Rather than take these as lessons of history though, elites have used the memory of WWII to justify continued imperialist violence.

Spurious comparisons to Hitler were used to inform the decisions to assassinate the Congo’s first democratic Prime Minister, Patrice Lumumba, to imprison Ghana’s independence leader, Kwame Nkrumah, and to put hundreds of thousands of people in detention camps in Kenya, in which tens of thousands died, in response to anti-colonial unrest. Similar rhetoric was used to justify the invasion of Afghanistan in 2001, Iraq in 2003, Libya in 2011 and Syria in 2015. Each of these led to countless people being killed and led to further conflict.

Supporters of war will often search for the ‘exception to the rule’ against violence, before working from there to defend the use of armed force more broadly. But the focus of this argument is different. It’s about identifying the causes of war and violence and finding ways to transform them.

Sometimes that mean clogging up the roads leading to weapons bases by sitting in the road. But it also means trying to disrupt the traffic of toxic masculinity, racism, classism, disablism, homophobia, transphobia, ageism and other inequalities. If we fail to adopt an intersectional approach, and our movement ends up entrenching inequality, we would be well deserving of a great deal of the criticism we get. If we truly do tackle inequality as well as war though, then we will be forging the pathways that lead to peace

Tim Gee is the author of ‘Why I am a Pacifist’ (John Hunt, 2019). This article is based on his talk at the Edinburgh Radical Book Fair on the book.