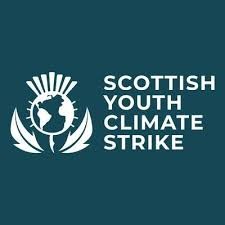 From 20 to 27 of September, there will be a massive week of action with people in over one hundred countries around the globe taking part. This week of action has come after years of governments and corporations ignoring climate change to the point where action is urgent. For the whole week, people in different countries will have a variety of events on, ranging from marches to die-ins and to days of simply enjoying being outdoors.

Humanity has known about climate change for decades, with the oil industry arguably knowing before anyone else. We didn’t act on it. We brushed it off as some kind of natural occurrence (when our finest scientists were shouting at us that we were wrong). We’ve ignored it for so long that we can’t take gradual steps any more. Rather, the changes we make have to be drastic. That’s why we need as many people as possible to participate in the forthcoming week of action. It’s necessary that the governments in Britain and elsewhere are shown that the public are serious about this crisis.

The main event in Scotland will be hosted by Scottish Youth Climate Strike on the 20 September, which is the third global strike for climate. The factor that makes this strike unique, compared to any before, is that we are calling on every person to get involved and that includes adults. The climate crisis affects every human being, so we want the adults to join the youth and young on the streets for the 20 to call for immediate action. There will be a march in Edinburgh from the Meadows to Parliament and a march in Glasgow from Kelvingrove Park to George Square. The climate crisis is one of the biggest threats to humanity in history so it’s essential that we have a large turnout. Everyone is asked to bring alarm bells to symbolise waking up. The world, especially those in power, need to wake up to the climate crisis and join the fight to stop it.

On the 21 September, the next day, there will be the second action of the week. This is the ‘Death of Our Planet’ day. This day is to raise awareness about our planet’s dying condition. It is our lifeboat and yet we’re destroying it. We will be hosting die-ins across Scotland. This will be a visual representation of our future if we do not act. If climate breakdown is not prevented, we are pushing ourselves towards extinction.

The following day, the 22 September, is the ‘Day of Discussion’. We ask people to come together in multiple locations to discuss solutions we want to see in our local areas. People should share with each other all the problems they’ve encountered as a result of the government’s failure to tackle them. These discussions will be youth led, primarily by members of Scottish Youth Climate Strike.

As we go into the working week, we will have the ‘Day of Disruption’. Throughout this day, there will be multiple legal disruptions to remind everyone that, no matter how annoying disruption currently is, the destruction from climate change will be far worse. This is also the day of the UN Climate Action Summit so we are pushing for more noticeable methods of protesting.

Teachers are crucial for the next day, the ‘Day of Education’. We want every school to show they care and spend the day educating pupils on the reality of the climate crisis. Teachers will be working with Scottish Youth Climate Strike to provide inclusive and engaging events in, preferably, every school. We have already been in contact with EIS, the largest teaching union in Scotland, as this day is key for getting more young people involved in their future.

‘Love for Our Planet’ will be a day where we ask everyone to stop a few times throughout their day and think about the planet. It will be an average Wednesday, but we hope everyone will appreciate the magnificence of the planet we all share. Simply put, everybody should show some love for our planet.

Thursday 26 September is called ‘Act Now’. We are demanding the government act now, and there will be a rally outside parliament during First Minister’s Questions (FMQs). There will be a large group of strikers attending FMQs, and people are needed to put pressure on the government with a large protest throughout the day.

The last day of the week of action, the 27 September, will be another youth strike. This day is the ‘End of the Beginning’ and its purpose is to signify the start of a new chapter for the Fridays For Future movement, after hopefully building lots of support during the week. If people are unable to strike, they’re encouraged to protest via other methods, such as silent strikes at school or in the workplace. We will have lots of momentum after the week to push forwards climate justice, and we will not stop until that is achieved.

The world is collapsing. We, humanity, are causing it. Every year gets hotter, and our emissions are not slowing down. We are losing our ice caps and our oceans are boiling. We are poisoning our coral. We’re creating the sixth mass extinction, taking away nature for our own greed. It is crucial that we take responsibility and work together to stop this, so SYCS and the young people of the world urge everybody to take part in the September week of action.