The years after 2007 may come to be seen as the golden era for Scottish Local Government. Freed from the oppressive attentions of the 1999-2007 Labour-led administration, and not yet subjected to reorganisation, the attention of the electorate and a wholesale loss of in-house provision of services. The period has certainly not been a golden era for City of Edinburgh Council, who have squandered the opportunities amid grotesque mismanagement of resources and a criminal lack of vision. There are two main reasons why Edinburgh has performed so appallingly in the period after 2007. The first is that the new Council was elected on a wave of ill-feeling towards the long- serving Labour Council. This combined with a positioning as what can only be described as ‘the mass party of the middle class’ The second was that the new government decided in 2007 to free local authorities to be more imaginative and strategic. This made the lack of vision and imagination in the new administration all the more obvious.

City of Edinburgh Council had been led by Labour since 1984. This 23 year period reflected the dominant culture of local government in the UK in this period. At the beginning the Council was of the radical left; later it became a training ground for reformers in local government, like Keith Geddes and Donald Anderson. The Council had a grant vision for the city. It promoted large residential developments in the Granton Waterfront and Leith Docks, developed a large financial centre around Morrison Street to the West of the city centre, planned a modern public transport system and renewed much of the city’s educational infrastructure. None of this was uncontroversial. The proposed congestion charge was deeply unpopular and the tram scheme has proved difficult to implement.

In 2003 Labour had lost the popular vote in the City to the Liberal Democrats. It became the governing group only on the basis of a majority of seven in one ward. Shut out of the administration the Liberal Democrats spent four years becoming more and more bitter about the Labour administration’s grand plans. At the heart of this was a degree of class hatred. Deeply middle class Liberal Democrats resented their city being run by, and at times for, its poorest communities. They resented the notion that the Council was there to do things. Given the opportunity to undermine the Labour administration over its less popular decisions, opposition parties in the Council seized on issues like the congestion charge to attack the council. Backed by a deeply cynical local newspaper, the Edinburgh Evening New, popular opinion turned against the Council and its grand plans. This led to a rejection of Labour in the 2007 election. From holding 29 seats in 2003, Labour was reduced to 15 seats. The leading opposition party, the Liberal Democrats won 17 seats. The SNP won 12, Conservatives 11 and the Greens won their first three seats on the Council.

The Liberal Democrats turned down the opportunity to form an administration with Labour. They instead opted for the SNP as partners. This deeply foolish decision was based on a loathing for the Labour Councillors. With little idea what the SNP group stood for, and knowing that they only stood against trams, the Liberal Democrats leapt into bed with them anyway. This stacked the Council at 29-all. The Tories agreed to allow this arrangement in return for their leader getting the handsomely- remunerated position as chair of the police board. While the Council often goes to a 29-all vote, the Lord Provost’s casting vote has carried the Administration on all but one occasion. Having little idea what they’d do once in power, other than do it better than Labour, the Liberal Democrats then got down to the difficult task of running the Council. First up they decided to close 22 schools and nurseries. The decision to consult on this plan was passed by the Council on the Provost’s casting vote. A vigorous campaign by parents got underway to oppose these closures. The SNP group took cold feet and decided they couldn’t go on supporting the consultation. The Liberal Democrats’ decision to chose the SNP over Labour looked very foolish when they found out about their partners decision through the pages of the Evening News. It became clear that the intention of the new administration was not to make Edinburgh a better place. It was to cut Council spending. The vision had gone to be replaced by a makeshift arrangement to cut budgets where possible. An unpleasant feature of the new Council’s political preoccupations became clear when it decided to do what it could to close down voluntary sector organisations providing a representational function. This may have been because some of the Labour Councillors, most notably Elizabeth Maginnis, had been employed by voluntary organisations. The damage caused to many very effective organisations by this move was a tragic by product of what looked like vengeance wielded by long frustrated victors.

The Council has since undertaken two tendering exercises. One for homelessness and one for social care. Both were intended primarily to cut costs. If you can judge a culture by how it treats its animals, you can judge a Council by how it treats its most vulnerable service users. The Liberal Democrat-led Council in Edinburgh sees these service users as a cost burden to be cut. The very obviously inhumane proposed service changes show that this is a Council that doesn’t care about people. It would rather save £600 000 than provide decent services for the most vulnerable people in the city. Luckily for Edinburgh’s most vulnerable care users one administration councillor was unable to vote for the proposed social care tenders due to a conflict of interest. This meant the Council was defeated for the first time, led by Green and Labour Councillors. The Conservatives voted against the proposals on compassionate grounds – showing the Liberal Democrats and SNP Councillors to be more right- wing than Tories on this issue. The Council Chief Executive ordered an independent report into the tendering process. This £80,000 report by Deloitte pointed to substantial flaws in the tender process. The process is now being re-run, eating up all the projected savings. The Councillor responsible was quick to blame officials for the mess – demonstrating an astonishing lack of leadership.

Inexplicably the same Liberal Democrat-led administration has put Steve Cardownie, the leader of the SNP Group in charge of the trams project. While clearly unpopular in the building phase the trams project cannot possibly benefit from being fronted by its biggest critic. Where tendering, the attacks on the voluntary sector and closing schools might be seen as conspiracy, this clearly looks like cock-up. So, while people may have found Labour’s vision for Edinburgh too much, the alternative has proved to be abysmal. Instead of overreaching themselves on (over)development projects like Caltongate, the Council is now attacking the most vulnerable. And they’re not even proving very successful at saving money – as the inept handling of the social care tendering process demonstrates. 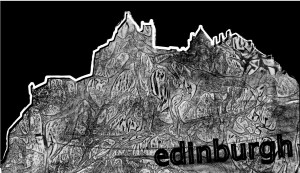 The 2007 Concordat between the Scottish Government and the Scottish Local Government trade body, CoSLA is a remarkable piece of politics. Settling for a freeze on council tax rather than the introduction of a local income tax, the SNP minority government handed massive power to local authorities. This included the ability to spend money as it wished (though with some accountability through Single Outcome Agreements). This came as a shock to most councillors and council officials, albeit a shock of the welcome variety. It may have come to a nastier shock to the electorate. Having selected councillors in 2007 based on an election campaign dominated by the issue of independence, voters found those councillors handed massive power. This was exacerbated by a massive turnover in councillors. I had several conversations during that election campaign with voters who, while disagreeing with most Green politics were going to vote for Green Councillors second because they saw it as a vote for independence. Others wouldn’t vote Green because they wanted to save the Union. This despite the Council having little or no say over whether Scotland became independent or not.

The Concordat came after eight years, between 1999 and 2007 where the Scottish Executive treated Local Authorities as little more than recalcitrant children. All new money was tied to particular projects (referred to in the jargon as ‘ringfencing’). Councils were obliged to make 2% year on year cost savings – which was removed from their block grants. In a period of growing public spending Local Authorities had little say over how money was to be spent, and the priorities for their areas. This was, I imagine, as a result of the bad experiences of many new MSPs in their time as Councillors. Many who hadn’t been Councillors will have been frustrated by the slow progress made by Councils. They wanted to force Councils to perform better through sanctions and micro-management.

This produced a situation where Councils, treated like children, behaved like children. In 2000 I went to see my Councillor to try to ascertain why Edinburgh performed so badly at recycling. By 2004 I knew the Council needed to be recycling 25 per cent of its waste, to comply with European regulations. My Councillor was the Executive Member responsible for Environment and Waste. He explained to me that I was right about the need to increase recycling rates, and that he wanted to do something. When asked why he wasn’t doing anything, he explained to me that if he spent money on recycling now it would be wasted. This was because in 2002 or 2003 he expected that the Scottish Executive would provide money for the Council to hit its recycling targets. In 2003 there was a massive expansion in the budget made available to Local Authorities for recycling, and Edinburgh duly hit its targets. Not only did this way of working make Councillors behave like children, but the electorate took local authority elections much less seriously. That’s why people felt able to make decisions on who their Councillor should be on the basis of an issue like independence.

The turnover of Councillors (with substantial incentives for long serving councillors to stand down) in 2007 and the introduction of STV reflected the Labour Government’s desire to fundamentally change local government. It has, though, led to inexperienced Councillors being led by officials to make inappropriate decisions. Local Authorities are more powerful than ever. Councillors are now able to determine how Councils change their areas. They need to take this responsibility seriously, rather than penny pinching and hiding behind officials. More than ever before they must prioritise the most vulnerable. They must focus on vision, not on penny pinching.

In Edinburgh this has been fatal. But the chance to deal with this is not far away. The next Council elections will be on a different day to the Scottish Parliament elections. Our task is to build a popular movement that holds Councillors to account for the decisions they have made. It’s time to expose Councillors who hide behind a lack of interest in local politics to force through unfair decisions that harm the poorest most. It is time to make Councillors take responsibility for decisions rather than passing the buck to officials. The new electoral system allows Councillors to be unseated with twenty or thirty votes. There are no longer any safe seats, with councillors competing with party colleagues. It gives a massive opportunity to increase local accountability. It could create local authorities that will support communities in becoming resilient.