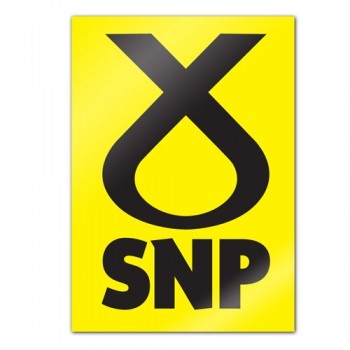 Tommy Sheppard believes Scotland will answer the call but is hesitant about calling the result elsewhere.

By the time you read this we may be in the middle of a general election campaign – or not. If not, there’ll be one along soon. Either way, it’s worth reflecting on how this early election came about and the opportunity it presents for the left in Scotland.

We shouldn’t be having an election, of course. The Fixed Term Parliaments Act 2011 was meant to avoid just that. It was supposed to be five-year parliaments so everybody knew were they stood, and the advantage of incumbency removed. But that was before the British ruling class started eating itself alive over Brexit and this most enduring of crises drove a ‘coach and horses’ through previous party loyalties. A populist campaign to leave the European Union galvanised multiple discontents and created an abyss where once there was certainty. And when parliament stared into the abyss, it didn’t like what it saw.

The promise of Brexit was a lie. It isn’t possible to leave and for things to get better. Sure, the UK can take back its borders and be done with Johnny Foreigner, but only by making people worse off. This realisation combined with the steadfast decision of the Tory government to consult no-one but itself on how to get Brexit done has created a stalemate with parliament simply unable to move forward.

The hard right has taken advantage of this inertia. Driven by the fuel of frustration, it sees an opportunity to get through the hardest of Brexits. This is the Johnson project – a withdrawal agreement that paves the way in 14 months for the emergence of a free trade agreement aligned with the US rather than the EU. Gone will be the frameworks which oblige capital to accept social and environmental restraints – to be replaced by deregulation and the greater freedom to exploit.

This is dangerous, and it needs to be stopped. But this parliament cannot do it. There are too many – mainly Labour – MPs constrained by out of date mandates which promised to implement Brexit without knowing the cost. Some are already voting with Johnson, arguing any deal is better than no deal. They have neither the inclination nor the courage to argue the obvious alternative – no Brexit.

So, we need a new parliament with fresh mandates capable of resolving Brexit. More importantly, it is surely time the people of Britain are allowed a say again. And that’s why the SNP has insisted that there must be an election before anyone ‘gets Brexit done’. After all what is the point of having an election occasioned for the most part because the parliament cannot decide between versions of the Brexit end game, but then closing down the debate before the first vote is cast. The new parliament should decide the final chapter of Brexit – whether agreeing the deal or asking people to rethink the whole thing through another referendum.

The left should seize upon the chance to rid Britain of the most right-wing government since the Second World War. And yet the reticence of some in the Labour Party is astonishing. It is not a good look for those who argue for change not to want to contest an election. Once we are clear the Tories are blocked from using the calling of an election to railroad through a hard Brexit, we should be all systems go.

I can appreciate how some Labour MPs in leave seats will be seduced by the argument ‘let’s get Brexit done’ – they would rather fight on anything other than the issue which has split their electorate down the middle. But it is a mistake. If Brexit gets done, the right will unite and Johnson will take credit for moving it on. Brexit not being done means the end is still in doubt and Johnson will be attacked by Farage. Frankly, in many parts of provincial England, this it pretty much Labour’s only route to victory. If Brexit gets done, Corbyn is f**ked.

Labour is behind in the polls, but it was the last time too. The public do seem to have a problem with the Labour leadership, but it is what it is. It’s not plausible for Labour MPs to argue to postpone an election because they are concerned about their leader. And it’s not fair on the rest of us.

One of the more bizarre arguments coming from the right wing of Labour is that by calling for an election the SNP will somehow be responsible if Labour loses it. Come on! The logic of that is that we should spend our time propping up a minority Tory government. How is anyone taking this seriously?

The SNP will take care of the Tories in Scotland – it is not our responsibility to defeat them in England. Which brings me back to what this election is all about. For in Scotland, the whole constitutional crisis of Brexit is overlaid with a longer running argument about Scotland’s place within Britain. We have a chance not just to stop Brexit, not just to oust Johnson and the Tories, but also to support the proposition that people here have the right to choose an alternative future. We shall be putting that front and centre in the coming campaign. And if we win, it will mandate SNP representatives to advance that argument in the Palace of Westminster making it a red line in any discussions about what support we might give to a non-Tory British government.

Tommy Sheppard is the (SNP) MP for Edinburgh East