The Conservative Party’s 40 year war over Europe was once a political curiosity fit only for the most nerdish of democratic spectators. Yet as the winter grows cold, this conflict has come to define not only the future of the country, but threaten the very existence of the most influential political party in British history – a party hurtling towards its end on a rightwards trajectory.

This spells grave danger for working people, as the public services and freedoms we enjoy will certainly be torn apart in the party’s wake. This danger may have arisen out of the peculiarities of Europhobia, but it is inherent to the crisis of capitalism itself.

It now seems more than a millennia ago that former Tory PM, Ted Heath, proclaimed to a room full of Brussels bureaucrats: ‘we have all come to recognise our common European heritage, our mutual interests and our European destiny’. In 2016, 52% of the country firmly did not agree.

Heath’s prophesy never transpired, due in part to the inability of the European Union to be seen as anything other than an autocratic common market. Yet also due to the rise of the European Research Group (ERG), which is guaranteed to make sure the Tory party post-May looks certain to be one of hyper economic libertarianism and bigotry, even if it failed to take control of the leadership itself. It is the tail that is wagging the dog. 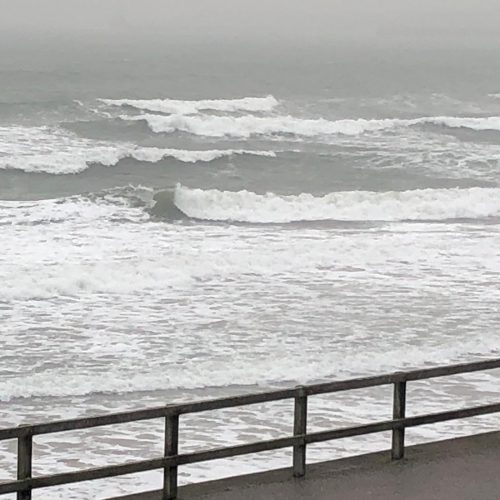 The great ERG self-flagellator, Jacob Rees-Mogg, who is always quick to bend the knee when the timing is opportune, has rapidly rescinded his assault on the Prime Minister of recent weeks when he led the failed charge of no confidence against her, reverting to the Etonesque tradition of fealty to the chief as rapidly as he could. Though the reported meeting between him and the Prime Minister in December, presented as a power play by May, was in reality an attempt to settle the restless natives who will soon topple her moderate wing and hopelessly fail to rebuild the great imperial party they wish to be.

It is clear the premiership of May presents opportunities for a resurgent socialist Labour Party, and the wider left, that have not been present for some time. Here we have a reckless and incompetent government pledged to economic suicide, being protected only by an enslaved press. A party determined to exploit social and cultural difference, leaving space for socialists to expose the crushing doctrine of liberal capitalism and replace it with a unifying message of radical change and workers’ ownership.

If the public is left with the choice between a resurgent ethno-nationalism on the Tory right and investment-led socialist project under Labour, the establishment may well be shocked to find they choose the latter. As with all schisms, the figure head is of vital importance, and the Tory party has no shortage of petty pretenders to the throne.

Aside from the perennial media darling Boris Johnson, the favourites to be the next leader are Dominic Raab, Sajid Javid, and Michael Gove. Raab defined his short stint as Brexit Secretary with an unflinching aversion to facts and advice, finishing off in resignation having refused to agree to the deal he himself allegedly negotiated. Javid, ostensibly on the ‘remain’ yet Thatcherite wing of the party, has quickly moved to crackdown on immigration as Home Secretary, continuing the hostile environment of his predecessor by declaring that skilled migrants will need to earn over £30,000 per annum to stay in Britain – a policy as economically short sighted as it is archaic. Gove is a more heavyweight alternative yet he has perhaps sullied his record with the blue benches by switching one way then the other on far too many occasions. Not that a lack of principle has ever been any great barrier to success in the Conservative Party, as the continued prevalence of the man Gove stabbed in the back, Boris Johnson, attests to.

Where the Tory hard right have made mistakes in the past, it will now learn from them. Under the incompetent leadership of Iain Duncan Smith, the right wing whip crackers chose an individual replete with private scandal and zero personality. It will not make that mistake again. It is only the Tory’s insular leadership selection process that has in any way protected the moderates from upheaval. If the membership is given the opportunity, it wants an arch-conservative as much as Labour members want a true socialist.

All of this and more spells trouble ahead for Tory reformers and even greater distress for anyone even vaguely committed to fairness and workers’ rights in Britain. Between a right-wing led ‘hard’ Brexit and the increasing influence of Trumpian inspired neo-fascism, the time is more pressing than ever for socialists to unite in direct and disciplined opposition. Hesitation is no longer an option.

Sean Duffy is the Secretary of Campaign for Socialism, the sister organisation of Momentum within the Labour Party – see http://www.campaignforsocialism.org.uk/

Threats but also opportunities – the Brexit bouncing bomb in Wales