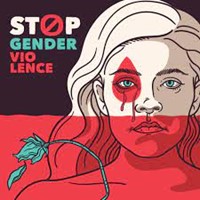 Three inter-connected aspects of distributive gender injustice in Scotland are: unequal gender representation and participation in public life, gendered divisions of paid and unpaid labour, and gender-based violence (GBV). These are among the most historically and structurally entrenched and, thus, enduring and inter-connected manifestations of unequal social relations in Scotland. Of course, they are overlain by and with by class, ethnicity, race, and disability. We recognise the need to attend to the complexity of gendered inequalities in different spheres of life.

We understand ‘gender’ as a social structure rather than a synonym for woman or an expression of embodied identity. Specifically, gender refers to the hierarchical relations between the social groups, men and women, and, as a concept, allows us to identify and critique forms of regulation and stratification which create unequal power relations and constraints in individuals’ lives. Indeed, there are normative social and cultural expectations about ‘men’ and ‘women’ which are (re)produced in law, public policy, cultural meanings, and everyday social relations. Reading gender through the lens of institutionalised heterosexuality is useful here because it helps to explain cultural and social constraints with respect to embodied gender identity and expressions of sexuality. And, it also shines a powerful light on the enduring but often normalised gendered divisions of labour and relations of violence which suffuse Scottish society.

The first form of gender injustice concerns unequal decision-making power and responsibility in Scotland’s public political institutions. This impacts upon what is considered a social need and who has access to key resources. Ending the over-representation of men in decision-making has long been a high-profile area of equalities work under devolution. Stalled progress meant the once record levels of women’s representation in Holyrood were almost matched in Westminster – sitting respectively at 34.9% and 33.9%. However, the 2021 election saw women’s representation rise to 45%.While the 50/50 Cabinet under Nicola Sturgeon is welcome, it remains to be seen whether this equality will become embedded in Scottish political life, and special advisers to the government remain two thirds male. High levels of women’s representation in the Parliament’s early years were often also associated with a turn towards professional middle-class representation. As of 2021, only two women of colour have ever been elected to the Parliament, both gaining their seat in the 2021 election.

Parties of the left have generally achieved parity. Nonetheless, women on the left have faced resistance in promoting gender balance and men often remain over-represented in social movements and campaigns. Meanwhile, there is the risk a few high-profile women mask the actual picture of representation in public and political life with just 29% of local councillors being women. While women make up more than half of union members, only 27% of STUC-affiliated unions were led by women in 2019.

For the problem of representation to clearly come to light, it matters where we look and who is visible. Often, disadvantaged social groups remain unseen and unheard in public discussion about representation. For instance, progress has been made in gender representation in the past decade on company and public boards while women’s poverty and collective bargaining power has stagnated, s raising issues about the relationship between ‘glass ceiling’ and ‘sticky floor’. This in itself brings into sharp focus inter-connections between unequal participation and representation in public life and the second form of gender injustice: gendered divisions of paid and unpaid labour.

The gender pay gap currently stands at 10%. Enduring gendered patterns in the labour market show women are more likely than men to be employed part-time and in socially devalued sectors where low pay and precarious contractual arrangements are standard. Perpetuation of workplace discrimination, low pay and access to employment are shaped by racism, agism and ablism, highlighting the importance of recognising the ways that structural, historical inequalities in power and resources shape labour market practices.

Feminist economists view these inequalities in the formal labour market through a lens which encompasses social relationships and activities that are excluded from neo-liberal and traditional socialist economics. People’s experiences of labour market participation are not viewed in a bubble, divorced from activities and relationships in other spheres of life. On the contrary, activities in the formal and informal markets and in paid andunpaid labour patterns are foregrounded in this analysis. How we use our time, the caring activities we give and receive, and the quality of our lives, also ‘count’ in feminist economics; activities that are invisible to mainstream economic approaches become visible in feminist economics. This approach helps illuminate the inter-connected gendered cycles of inequality between different spheres of life. With respect to labour market inequalities, these are recognised as being linked to the unequal distribution of responsibility for unpaid care work in Scotland. Childcare, elder care and care for people who experience disability is disproportionately borne by women. In turn, for those who care, gaining and maintaining secure paid employment or self-employment is a challenge.

The third form of injustice is gender-based violence. It remains a significant injustice for women, acting as a barrier to women’s participation in the public sphere and re-embeds inequality in the labour market. Recent data shows 1/3 of women have experienced some form of physical or sexual abuse from a male intimate partner with high levels of sexual harassment in public spaces. Reported crime statistics offer only a partial view of the prevalence of GBV in Scotland because they focus upon incidents reported to the police. They do not account for forms of abuse which are not criminalised, such as all forms of sexual harassment and some types of online and digital technology-enabled abuse.

In order to transform the injustices discussed and for Scotland to become a democratic society, there is a need to redistribute power towards women. The Scottish Parliament currently lacks the power to legislate for gender quotas in parliament. This means that until electoral law is devolved or there is independence, political parties should be encouraged to adopt gender balancing measures in candidate selection and formal gender quotas for elections. The success of legislation for equality on public boards also points to a key strategy for the private and third-sector given mandatory quotas have been more successful than voluntary schemes globally.

Given women represent the majority of union members, removing the anti-democratic restrictions on union action would allow for women’s democratic action and participation in the public sphere through protest. While employment is reserved to Westminster, Scottish campaigning in this area speaks to a different form of women’s participation not limited to a relative elite but which, nonetheless, can wield power to change society. Westminster also retains legislative powers with respect to employment law and overarching economic policy. Within the limits of devolved powers, the current SNP Scottish Government does recognise the need for a more holistic approach to economic gender justice. A stream of initiatives to close the income gap, address occupation segregation, and create childcare and social security infrastructure, among other issues, are set out in the Government’s report A Fairer Scotland for Women.

The Scottish Budget (2021-2022) includes an ‘Equality and Fairer Scotland Budget’ statement, outlining funding provision for initiatives to address a range of inter-connected inequalities, including those based on sex and gender. Importantly, it takes into account the impacts of the pandemic on disadvantaged groups of women and low-income households. In this sense, the advocacy of gender budgeting has made an impact, representing an important step in cultural change with regards to imagining what the Scottish economy comprises. Gender budgeting is one part of a broader, substantial re-conceptualisation of economics now happening in Scotland. Public discussions about the care and well-being economies, wherein inclusive growth and a revaluation of care are centred, are part of the political firmament. Feminist economists have long argued for the need to move away from standard measures of economic activity like GDP and the limited focus on formal labour market activity. Traditional accounting approaches do not tell us much about the health of ourselves and our ecology. Alternative feminist visions of economics foreground the democratic sharing of paid and unpaid labour not only as a privatised activity but within the public sphere, the redistribution of care, respite and leisure time, and meeting human physical, emotional and social needs. These ideas are now part of the Scottish political firmament and government narrative about economics and distributive justice. Yet, while the National Performance Framework sets out a holistic approach to economics gender issues still seem to be a somewhat forgotten aspect of policy.

In terms of GBV, a fundamental transformation of the criminal and civil justice processes is necessary, including specialised courts for sexual crime trials and improving civil justice processes. Currently, the joint Scottish Government and COSLA ‘Equally Safe’ strategy for action on all forms of abusive behaviour and violence directed at women and girls has led to important advances in the ways the criminal justice system operates for women. Laws against coercive control, stalking, and image-based sexual abuse have been introduced in recent years. Additionally, the Scottish Government has committed funding for the provision of specialist legal support through the Scottish Women’s Rights Centre, and created a joint protocol between Police Scotland and the Crown Office Procurator Fiscal Service to respond to dual and malicious reporting in domestic abuse cases. However, again, while these are welcome steps, deeper systemic changes are needed to increase women’s confidence in the system. Some outstanding work includes: eliminating the ‘Not Proven’ verdict (a third verdict unique to Scotland): implementing Lady Dorrian’s recommendation to introduce a specialist Court for serious sexual offence cases and expanding specialist courts for other forms of GVB; addressing rape myths and stereotypes at all levels of the justice system; and reforming criminal justice process in order to increase convictions. All of these efforts must centre the experiences of victims/survivors.

Additionally, deeper systemic changes are needed and carceral approaches to gender justice are limited. Gender inequality has structural causes and is, therefore, preventable. Organisations like Zero Tolerance and Rape Crisis Scotland (RCS) have led the prevention work in Scotland through nationwide research and training with early years’ practitioners and parents, as well as workshops with children, teachers, university students and staff addressing sexual violence, consent and healthy relationships.

While the Scottish Government has recognised the success of prevention and its importance in achieving gender equality aims, efforts in this area are ongoing. Recently, the First Minister’s National Advisory Council on Women and Girls recommended high-level and far-reaching changes in education, leading to the establishment of the Gender Equality in Education and Learning (GETEL) group. It is expected that GETEL will propose actions to encourage engagement at all levels of the education sector in collaboration with violence against women organisations. If society in Scotland is serious about achieving gender justice, it must continue to have prevention at the heart of its policy and action.

Over the past two decades, Scottish Governments have taken steps towards reducing gender injustice, even if there are areas where feminists press for further policy change. Nonetheless, noted throughout are key areas outwith the current powers of the Scottish Government. Thus, there is also a need for increased governmental power to allow us to address the full interconnected range of issues and realise distributive gender justice.

Kirsty Alexander has worked as a social researcher and taught Politics and Applied Gender Studies in higher education for a number of years, most recently at the University of Strathclyde. Jenny Morrison, a socialist activist in Glasgow for the past 15 years, works as a researcher at the University of Glasgow where she focuses on the relationship between feminism and the radical left and social reproduction theory.