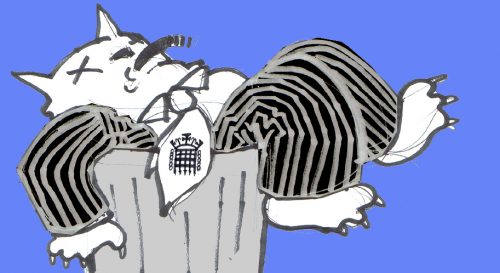 With trade talks at the World Trade Organisation (WTO) continually stalling since the 1990s, countries around the world have turned increasingly to negotiating bilateral trade deals rather than the multilateral deals that the WTO was set up to foster.

Recently, however, the character of new bilateral agreements has changed as they aim more and more to consolidate power. And the rich countries have put in particular effort as political elites have become nervous about competition from fast growing economies like China and India. Add to that the recession since the financial crash in 2008, felt particularly acutely by Europe and the US, and you have the context for a new set of ‘mega’ trade deals (and the acronyms to go with them!).

These deals have been optimistically described by politicians as ‘the cheapest stimulus package imaginable’, with hopes pinned on them to provide jobs and economic growth. But whether or not the modest growth predictions turn out to be correct (and they are but much disputed), the crucial point is that they rely on some key structural changes to the economic and political systems – and what amounts to a huge transfer of power from governments to big business.

The big prize for TTIP and CETA is the reduction or removal of non-tariff barriers to trade and the opening up markets, especially those in procurement. These things are what set these new deals apart from some of their older counterparts. They are not trade deals in the way we have known them in the past, but are part of a neo-liberal drive to deregulate and to move capital from public into private hands.

TTIP and CETA give powers to big business and take them from elected governments, through mechanisms such as the controversial investor state dispute settlement mechanism (ISDS). Also sometimes nicknamed ‘corporate courts’, ISDS threatens to have a chilling effect on governments passing progressive legislation designed to protect public health, workers’ rights and the environment due to the threat of legal action for compensation by trans-national companies.

The impact of these deals is likely to be as much felt here in Scotland as anywhere else. Successive Scottish governments prided themselves on going beyond Westminster to protect public health, public services and the environment. Scotland banned smoking in public places before the rest of Britain, Holyrood set higher targets for cutting carbon emissions than Westminster did, the NHS here is less privatised than in England and Wales, and Scotland has set a moratorium on fracking and committed to no new nuclear power stations.

We’ve known for a long time that TTIP will hand more power than ever to big business. Now we also know that when business uses that power to challenge Scottish government policy, then Scotland will have to rely on Westminster to fight its battles while bearing the financial burden if it loses.

We believe that the Scottish political parties and the Scottish Government should be very worried about this, as it could seriously limit their powers to pass legislation in the public interest. The only parties in power in Scotland who are completely opposed to TTIP and CETA are the Greens and Labour. The Tories and LibDems remain resolutely in favour, and the SNP are worried about parts of both deals but have stopped short of opposing them entirely.

After the SNP was returned to government on 5 May, it’s important to remember that the SNP wants an independent Scotland with the sovereignty to take its own decisions. Yet in not opposing TTIP and CETA, it is risking ceding power to both Westminster and multinational corporations.