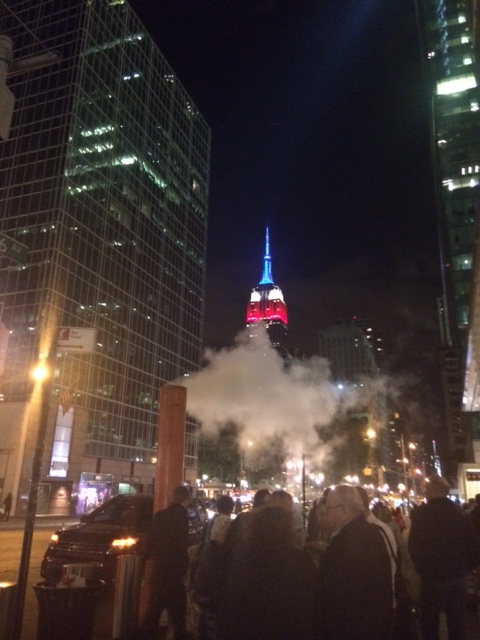 Something is wrong in American politics when the candidate of the traditionally left party carries the country’s richest locales but loses what were her party’s working-class strongholds. While carrying the richest counties in the country with an average of 58% of the two-party vote, Hillary Clinton lost Macomb County, Michigan, home of unionised auto workers, every county in West Virginia, home of the United Mine Workers, and barely carried Pittsburgh, home of the United Steel Workers. Blue-collar workers, industrial workers, men without a college degree: voters who for a century have been the mainstay of left politics instead voted for a party pledged to destroy unions and whatever remains of the American welfare state.

Donald Trump won by mobilising working Americans against ‘elites’ with ‘contempt for the people who thanklessly follow the rules.’ ‘Contempt’ is the key word and Trump returns to it repeatedly. Hillary Clinton, he charged ran a campaign of ‘conspiracy and contempt’ for she represented an elite filled with contempt for the ‘real Americans.’ The elitists would deny America’s white, Christian heritage. They would blame workers for their economic woes while ignoring the real problems caused by the elite’s policies on trade, immigration, and Wall Street deregulation. Fortunately, with Trump, ‘American nationalists’ the ‘forgotten men and women of our country’ have reclaimed their country.

Trump attracted voters by uniting two distinct strands in American populism: an economic grievance against the rich, and a social complaint against immigrants and cosmopolitans who would challenge traditional American cultural norms. Both have been prominent throughout American protest movements. American leftists write fondly of the Populists of the 1890s who supported income taxes, unions, and the democratic regulation of banks and railroads. They try to forget the Populists’ xenophobic hostility to Asian immigrants, or the racist turn taken by prominent Populist leaders like Tom Watson, and by later economic populists like Father Coughlin and George Wallace.

Trump’s success has forced some to rethink the nature of populism. Like Trump, would-be populists like France’s Marine Le Pen, Hungary’s Gabor Vona, and Britain’s Nigel Farage present a nationalism of a united people, oppressed culturally by cosmopolitan snobs allied economically with venal bankers and foreigners stealing their jobs and wages. When Trump calls Mexicans ‘killers and rapists’ slanders Islam, or attacks China for undercutting American businesses, he joins a long tradition of populist nationalists who defended working Americans by insisting that because their values, including their respect for labour, were virtuous, their woes were caused by others.

Of course, some Trump supporters are racists and misogynists. Others, however, were disgusted by his language; they rejoice in their daughters’ successes and are happy to eat Pad Thai while listening to Afro-Pop. What attracts them to Trump is that he speaks to their anger at declining income and lost jobs, at the declining status of working people. He has come to speak for those who get up in the morning and go to work each day only to be treated with contempt not only by their bosses but also by liberals who tell them that it is their own fault because they did not get enough education.

Indeed, self-blame is what Hillary Clinton, and before her Barack Obama and Bill Clinton, have offered working Americans. Just as Democrats and Republicans together imposed neo-liberal economic policies, liberals and conservatives agree that low wages and stagnant employment are the fault of the workers themselves. Together, they lament that workers do not get college degrees and are too slow to leave depressed locales to move to Boston or San Francisco. Together, they bask in their deserved affluence, high incomes and prestigious employments that are their due because of their Ivy League educations and cosmopolitan social values.

In expressing the anger felt by working Americans left-behind by the neoliberal economy, Trump expressed populist anger as a negative nationalism: hurting, we unite against others. This is different from the left’s populism which is a positive nationalism that says we are hurting and we will work together to fix things.

The left is built on the idea that labour has intrinsic value, that workers deserve respect, and their economic troubles are never only ‘their own fault’ but reflect oppressive economic conditions that can be fixed through collective action. On these values, left movements have always been truly cosmopolitan. Franklin Roosevelt (aka FDR) opened the Democratic Party to Jews and African Americans and opened American markets to the world. He built a coalition on the principle that all Americans deserve dignity, and that collective action, government and labour together, can help all Americans to flourish. His liberalism provided economic opportunity while recognizing that conditions can prevent some from seizing those opportunities and a decent society must provide for those left behind. That is still the path forward for the left in American and elsewhere, one that denies populist racism while accepting the populist idea that a nation has a responsibility to help all its people.