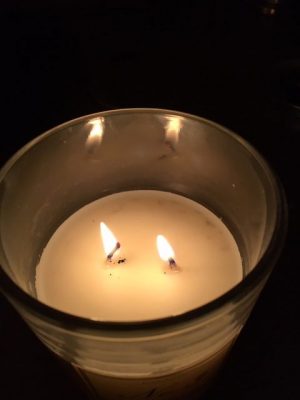 Abass was married for just five days and was spending a honeymoon with his bride near Zakhoo in Southern Kurdistan (Bashoor) when Turkish artillery killed him on 20 July 2022. A child was among the 9 other civilians who were killed in the same attack. This latest attack is not an isolated incident and is likely to continue.

Since 2015, the Turkish military has attacked Bashoor more than 4,000 times by aerial, artillery and ground means. 1,600 of those attacks happened in 2021 alone. These attacks killed 123 civilians, including 55 farmers and 6 children. Women constituted 13% of those butchered by the Turkish military. As a result of these attacks, 500 villages have been abandoned, trees have been burned and the environment poisoned by a likely use of chemical weapons. With overt agreement by the Kurdistan Democratic Party (KDP) and the Barzani clan, Turkey now has more than 60 military bases in Bashoor some of which are only 40 kms away from the capital city of Erbil.

Turkey’s aggression against Bashoor is done under the excuse of a ‘war against terror’. Turkey considers the Kurdistan Workers’ Party (PKK) a terrorist organisation. It abuses the presence of PKK in Bashoor as an excuse for its genocidal attacks against the people of Kurdistan. Turkey has been in a war with the PKK since the 1980s.

However, these new developments are concerning at several levels. Not least for targeting civilians including women and children. The alleged use of chemical weapons against civilians by Turkey is also another indication that Erdogan’s regime is using PKK as an excuse for its genocidal campaign against the people of Kurdistan. There is increasingly clear evidence of such chemical attacks. Victims are exhibiting symptoms of possible chemical poisoning in areas attacked by Turkey. Initial testing of soil samples likely contaminated by chemical weapons are being tested. In these KDP controlled areas, however, medics and the general population are intimidated and threatened against speaking up about these attacks. The international community and specialised agencies in chemical weapons remain silent and reluctant to investigate these credible allegations.

Turkey has not only been killing and attacking individuals, families, and the environment. but it is also undertaking a well organised campaign to spoil the beautiful mosaic diversity of the society in Bashoor. It has been inciting Turkomans against Kurds; Sunnis against Shiites; Islamists against seculars; believers against non-believers; and misogynists against those demanding women rights and protecting women against violence. And more worryingly, there are indications that suggest Turkey is actively supporting ISIS in Bashoor and Iraq.

The brutality of these recent Turkish attacks and their intention to terrorise the people of Kurdistan is not that different from previous massacres. However, the reaction from the Iraqi government and the Arab and mostly Shiite Iraq has been distinctly dissimilar to the ones by the KDP-led Kurdistan Regional Government (KRG) of Bashoor. The Iraqi government summoned Ankara’s ambassador to Baghdad, sending an angry message to Erdogan’s regime. It flew the bodies of the victims to Baghdad and received them in a military ceremony headed by the Prime Minister. Hundreds of protestors gathered around the Turkish embassy in Baghdad and set the Turkish flag on fire.

The KDP has not only been silent in the face of Turkey’s increasingly violent aggressions and expansionism in Bashoor, but has agreed to a security agreement with Erdogan’s regime allowing the Turkish military to operate freely in Bashoor. Recently, Turkish drones undertook assassinations of Kurdish activists as far as Kalar near the Iranian borders. The KRG, under the rule of the KDP and that of Barzani, has been detaining and harassing journalists and activists who were vocal and critical about the Turkish aggressions and operations in Bashoor. Scores of those activists are currently in jail and have announced a hunger strike.

In fact, the KDP is increasingly looking like Erdogan’s regime. Activists are in jail, freedoms of expression and assembly are restricted, nepotism and corruption are rampant. It appears that the KDP is Erdogan’s tool in Bashoor to implement the strategies of this fascist Turkish regime. Erdogan has been clearly conducting a genocidal campaign against the people of Kurdistan in Bashoor. His campaign of intimidation, slaughter and chemical weapons is aimed at suppressing aspirations for freedom in Bashoor. Ultimately, Erdogan is dreaming about making Bashoor a part of the Mosul Vilayet of his neo-Ottoman empire. Something that the Barzani clan is assisting him with.

Erdogan’s genocidal campaign against the people of Bashoor is likely to continue given the international silence and suppressed internal dissent. These colonial tendencies of the Erdogan regime are emboldened by the West’s blind eye and tacit agreement. The West’s support of the KDP is also contributing significantly to the continuation of these assaults on people, families and the environment of Bashoor. An international coalition is needed urgently from progressive forces, leftist political parties, unions and other activists against the increasingly aggressive brutality of the Turkish regime. Otherwise, victims like Abass and the one-year old killed on 20 July will become too many to be able to count.

Goran Zangana is a doctor, public health activist and political observer from southern Kurdistan. He is also Associate Research Fellow at the Middle East Research Institute

Solidarity with the Kurds of North East Syria