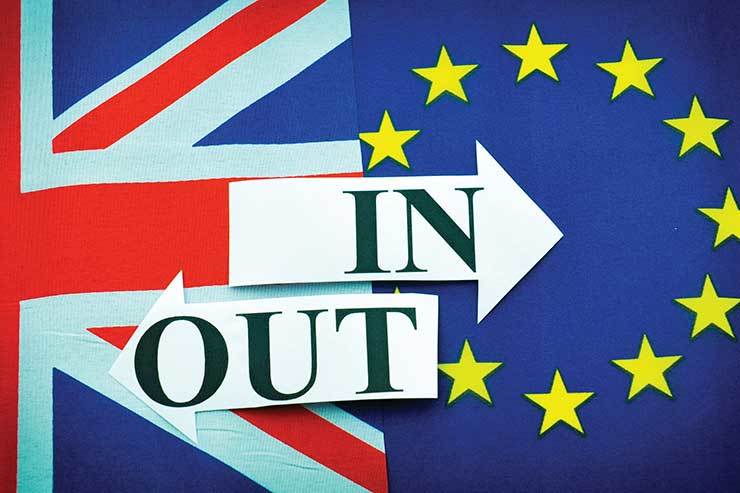 So Brexit it is – the referendum held across the UK resulted in a leave vote. Brexit will happen whether we like it or not. The democratic wishes of the people have to be respected. To do otherwise would risk a huge backlash and undermine the basic principles of our democracy. There is little doubt that the Tory Government is in full headless chicken mode, clueless about what to do in this extremely challenging situation; creating a political vacuum that needs to be filled by those offering alternatives to neo liberal economic orthodoxy that has caused so much damage across the continent.

Our response should be threefold. Firstly we must fight any attempt by the UK Tory Government to use Brexit as the excuse for resorting to unacceptable downgrading of progressive legislation, in relation to human rights, environmental protection, workers’ rights and so on. That also means fighting head-on the kind of racism and xenophobia which emanated from the recent Tory party conference.

Secondly, we need to recognise the reality that the EU is no longer the progressive force it used to be, especially in relation to its pursuit of a policy of severe austerity, which is doing so much damage to the people living in the poorest countries in Europe, like Portugal and Greece (13 countries across Europe have youth unemployment rates above 20% with 3 above 40%). Some of the language used by some of the ‘remainers’ in this debate seems to idolise the EU as a great force for progressive change, distributing largesse to the masses across the continent. That does not reflect the reality on the ground. We also have to be cognisant of and respond appropriately to the dangers coming from the rise of the far right, both in the UK and in Europe. In France, Austria, Holland, Hungary and Slovakia they are on the march.

Thirdly, we must use the new opportunities which Brexit throws up to pursue progressive policies in Scotland and the UK. For example, by no longer being subject to EU regulations we could abolish the state aid rules which hold back industrial investment and the creation of new jobs and sustainability of existing ones. We could revitalise our coastal communities as we will no longer be subject to the vagaries of the EU Common Fisheries Policy. We could more easily bring the railways back into public ownership. We could ensure the ferries are run for public good not private profit. We could make payment of the living wage a legal requirement for all public sector contractors and sub-contractors. All positive actions that could and should be examined as alternatives in the post-Brexit situation.

We could also take a much more progressive approach to international trade agreements, for example, by ensuring that any new trade deal which we sign up to requires all participating countries to pay a legal minimum wage equivalent to at least, say, 60% of the average wage in each country. That way we get the benefits of international trade whilst simultaneously making sure that the workers share in the benefits from trading and are not exploited by the kind of trade deals we’ve seen in the past, which benefitted big companies but did nothing for the living standards of those on low or no incomes. And, we can reject any involvement in trade deals that threaten our public services like the NHS opening them up to competition from US and threatening them with legal action as would happen with TTIP.

Brexit means Brexit. But we’ve got to ensure it means much more than that. It has to be about the politicians, trade unions and civic society in Scotland and the UK seizing the moment and using the opportunities which Brexit throws up to make our country much fairer, where social justice reigns supreme, and where we end the dominance of and adherence to the market solutions that have in themselves contributed to Brexit vote in the first place.

Neil Findlay is a Labour MSP for the Lothians and Alex Neil is the SNP MSP for Airdrie and Shotts.