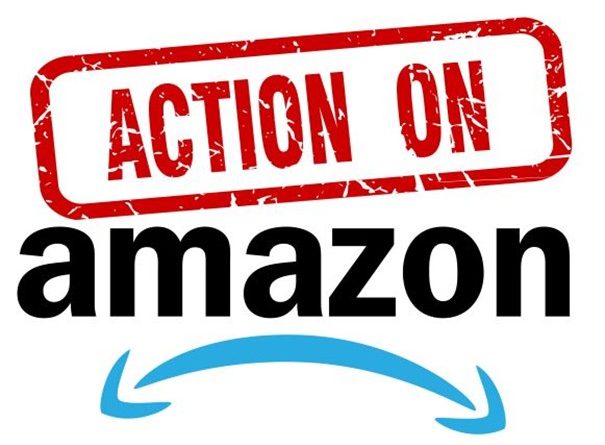 Nigel Flanagan calls for a radical shake-up in how unions mobilise to gain collective bargaining rights from employers.

Whilst union decline continues, the chances of organising a union recovery in membership and density appears to get worse. In the wake of the catastrophic failure to gain union recognition at US Amazon plant in Alabama in April 2021, there are still opportunities turning up. But we run the risk again of missing even them.

The defeat in the campaign in Alabama has become almost an essay in denial. The unions involved are now refusing to own the failure. The fact that the US movement could not win a vote in a workforce of 6,000 low paid, mainly black workers – with the active support of the whole of the ‘Hollywood Left’, the President of the United States, and the leader of the alternative left, Bernie Sanders – is a disaster. But instead of owning it, the organisers of the failed campaign are claiming it was a dirty tricks campaign by Amazon that has defeated them. What did they expect? Citing many obviously unlawful practices by the company, the campaign has now moved into court claims and social movement leverage. In reality, it has nowhere else to go. With US union density now lower than 7% in the private sector and after 30 years of ‘guru organising’, it’s time for the US movement to give it up as far as this guru organising style is concerned.

Recent announcements that the Teamsters are going to escalate their Amazon campaign with a plan of disruption and confrontation give us more hope. As Randy Korgan, the Teamsters Amazon Director, told The Guardian (24 June 2021): ‘everything is on the table’. Rather than pursuing the union recognition vote strategy that backfired in Alabama, the Teamsters – still a powerful union of 1.3m members and a rich one at that – is planning a long campaign based on the use of the union infrastructure and the hinterland of the US unions in cities like Los Angeles and New York.

There is still the legacy of the gurus, however. There are some who insist the Alabama defeat was simply a matter of not being committed enough to the details. Thus, within days author of books on organising, Jane McAlevey, was writing in The Nation (9, 15 April 2021) about the failures of the campaign with regard to the use of lists, the gate campaign and so forth. She even claims that support for unions in the US is ‘at an all-time high’ and that by implication the failure of the campaign was entirely down to not following ‘the plan’.

This nonsense has to stop. The numbers involved in union decline are massive and down to forces way beyond the scope of union gurus. Organising has to take place on fertile ground and we should be nurturing out hinterland and our infrastructure so that both are aligned to organising.

The other recent major development in union organising was the announcement of the union recognition agreement between Uber and the GMB in Britain in May 2021. It has been denounced in some quarters as a ‘sweetheart deal’ that contains no provision for bargaining on pay but this is not to see the wood for the trees. The GMB now has access to 70,000 drivers. It has to organise and recruit them, but that requires pushing the employer back a little to make some space. That is precisely what the GMB has done.

The Teamsters have struck the right note in seeing Amazon requires all the forces at our disposal and a wider strategy of attack. Simply handing over much of the work to social and community movements results in the down grading of the use of industrial strength. To build that strength means engagement with our union hinterland and our infrastructure. Allies and public opinion are helpful, but not decisive.

Our infrastructure is the wider union movement, unions working together, sharing resources and so on. Factional posturing and claiming to be ‘more organising than you’ is a rabbit hole that the unions cannot afford to go down. Yet we are seeing that happening right before our eyes. Election candidates who proclaims that they are the ones to organise Amazon as part of an internal election campaign is a risible spectacle. This is a bigger issue than one union and there are at least three unions who organize in Amazon sectors in Britain.

Our infrastructure is also our membership and affiliated institutions. Recent union election results have shown appallingly low turnouts, with barely a mandate obtained in the case of the 10% turnouts in the general secretary elections in UNISON and the GMB in 2021. Any organising leadership worth its name would tackle this immediately and not simply blame it on member apathy. Unions need to be outward looking in terms of who their allies could be. But to work out a strategy based on them is to ignore the best weapon in our hands. Unions need to work out a strategy that involves all the groups and layers of socialist activists in Britain.

This is our hinterland. There were 600,000 Labour members under Corbyn only three years ago. We need to get them together and on board for a socialist union recognition campaign in Amazon. The Peoples’ Assembly can command forces into extra-parliamentary activity. It’s time this conversation started. The Black Lives Matter movement in Britain has thousands of progressive activists. Their energy and focus upon social justice are precisely what are lacking in the movement. Someone once said workers of the world unite. More unity, more action – and no gurus. It’s still in our hands.

Nigel Flanagan is a Global Union Organiser and activist currently based in Liverpool.