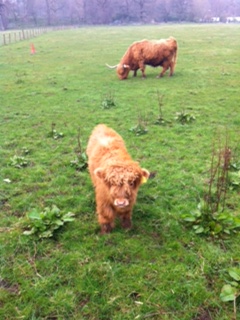 The Scottish Government have been accused of kicking the issue of fracking into the long grass and perhaps there is a strong case for doing so as the public opinion is divided. Gas extraction is a historically dangerous industry. Although worker safety hazards are known and understood, there is very limited data regarding occupational health hazards from exposure to the chemicals, and proppants and processes used in high volume hydro-fracking.

A TUC report recently stated it wants to ensure tight regulations across a range of health and safety at work issues, as the onset of any potentially high volume shale gas fracking across many parts of the country represents a new industrial, environmental, and land use development pattern with significant potential for impacts on public and employee health. 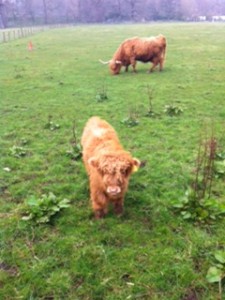 However, a major union has become the first to throw its weight behind the fracking revolution. The GMB says Britain has a ‘moral duty’ to exploit all of its own gas reserves, rather than importing it from dodgy regimes abroad. In a massive boost for the fracking industry, delegates at the union’s annual conference in Dublin in June 2015 backed a call by the leadership to support shale gas exploration. Gary Smith, the GMB’s national secretary for energy and utilities, said: ‘Jumping on bandwagons is easy, but doing the easy thing does not mean you are doing the right thing. It would be easy to come out against fracking, but it would be wrong for the union, and for the country.’

This is in total contradiction to the decision taken by Unite at our own policy conference in June 2014 and brings two of the largest unions into conflicting positions in a key sector within the economy. At that Unite policy conference, the debate on energy – and particularly the union’s position on fracking – was seen as one of the more controversial issues before conference and one eagerly awaited by the delegates.

The Executive sought to overturn Unite’s existing policy against fracking. The Executive put forward to conference motion, ES2 Executive Council Statement, clearly setting the case of support within strict guidelines to organise members in the industry, working alongside local communities and be vigilant to any environmental concerns:

‘The Executive Council does not support the extraction of any fuel source proven to cause long term environmental damage (including fracking) and will facilitate an informed debate on the extraction of shale gas, including its environmental impact, value to the UK economy, implications for Unite membership, and its part in a balanced energy policy. Where shale gas extraction occurs, the EC will campaign for rigorous regulation of the industry and work to ensure that workers are able to exercise their democratic right of trade union membership and representation by seeking recognition from the operators’.

Executive Council vice-chair, Mark Lyon, in his right to reply said that the Executive fully shared delegates concerns but ‘fracking is coming to a town near you, Unite wants to be there protecting our members and communities’. However, the motion was defeated, Conference comfortably overturned the EC on passing Composite 6 instead, which strengthened UNITE’s policy against fracking, and resolving to:

• make all members aware of the dangers of fracking
• actively oppose fracking, to use its influence to prevent fracking operations, advise members not to work on fracking sites nor deliver materials to such operations
• support and lobby for a moratorium on all ‘fracking’ activities across Britain
• encourage Labour and Labour controlled councils to take actions formally opposing the application of hydraulic fracturing technology within Britain
• request Unite Regional Committees support local anti-fracking groups’ activities, including help with funding
• encourage members at all levels of the union to support campaigns against ‘fracking’ and to link up with local campaigners, and
• support calls for taking profit out of energy production and distribution and favour the public ownership and democratic control of the energy industry with the direct input of local communities and trade unions in decisions on creating a balanced and sustainable energy policy

Davy Brockett is an Executive Council member of Unite