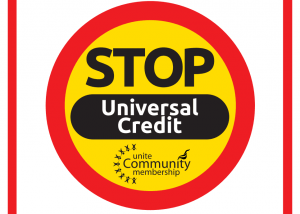 It’s all too easy for MPs to be consumed by all matters Brexit at Westminster given the bulk of debate is devoted to scrutinising the Tories’ mishandling of negotiations and the increasingly frantic attempts by May to box everyone into accepting the false dichotomy of her deal versus a ‘no deal’. In ordinary times, this would easily result in a ‘no confidence’ motion. However, these are no ordinary times as Brexit has blown apart many accepted political norms as neither government nor the lead opposition party has a clear united position on the issue. When much of the discussion centres around when to trigger such a motion, we know we are in the twilight zone. But there is a non-Brexit issue commanding cross-party support that should trigger a vote of ‘no confidence’ in the government – a pressing issue that is literally a matter of life or death for some people. It’s called Universal Credit (UC).

The Tories are not just presiding over a broken social security system but knowingly pushing ahead with a policy and process that is actively harming people. A growing and impartial body of evidence proves that UC is not just driving people into poverty but is pushing them to the brink and beyond in physical and mental health terms. In the face of the evidence presented to the Work and Pensions committee that I sit on from respected and diverse sources, it is hard not to conclude that both an austerity/cuts agenda and a judgemental ideological agenda is being pursued by May and the Tories.

Since UC was rolled out to both job centres servicing Glasgow South West, my office has seen not just an increase in caseload, but local food banks and charities experiencing a steep increase in people needing urgent assistance and an immediate rise in applications to the Scottish Welfare Fund. Were it not for the huge generosity of local people and their donations to food banks and other charities, the crisis would be even worse. Make no mistake, the Department of Work and Pensions (DWP) and government ministers know this and are relying on the kindness of strangers to their fellow citizens to plug the gaps in their budget.

The concept that this system will help people adjust to a working environment is nonsense. Consistent research shows claimants moving out of work to social security are more likely to have been paid on a weekly or fortnightly basis rather than monthly. 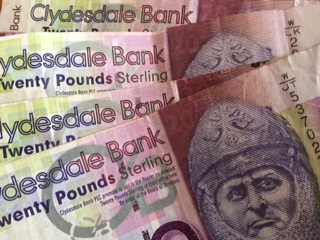 One of the biggest dangers to claimants is the five week wait for the initial payment. Despite encouragement to reduce this further from the Work and Pensions Select Committee, all immediate evidence is that this wait is causing significant hardship in our communities. Every charity and food bank is reporting claimants can just about manage to get to 3 weeks, but need immediate help in week four.

The real scandal involves the two child limit, and the repulsive rape clause. We now have a government implementing a policy which punishes a child for their birth order. Asked about the impact this policy will have on child poverty, the Child Poverty Action Group told the DWP Select Committee: ‘You could not design a policy better to increase child poverty than this one [and] families with three or more children have a much higher risk of poverty already. The rate of child poverty in these families after housing costs is up to 42% in the last dataset. This is projected to go up to 52%. We have carried out analysis – working with the Institute for Public Policy Research using their modelling -that suggests that at least 200,000 additional children will go into poverty as a result of this policy, and 100,000 into severe poverty’.

The one single household payment is not protecting claimants who are victims of domestic abuse. During the committee’s inquiry, it became clear that women’s aid charities saw split payments as the way forward as a minimum payment should be paid to main carer.

A recent development is how sanctions increase with UC (as opposed to the legacy benefit system). Take the example of someone who refuses a zero hour contract. They were not able to be sanctioned under legacy system, but under UC will be. In an incredible exchange between myself and Amber Rudd before Christmas, the Secretary of State suggested that this was the correct approach, and did not seem to appreciate that this would push people into insecure work and delay benefits payments pushing people into debt.

The Scrooge like qualities of this government are evident. The DWP Christmas bonus was kept at the same rate since 1972 at £10 but will now be abolished. For some people, £10 can make the difference between heating or eating, never mind Xmas cheer.

Of all the reasons to get rid of the Tories, UC and punishing people for being vulnerable and in need is as important as what may or may not happen with Brexit. There are few certainties about what happens in 2019, but as long as Universal Credit stays is in place as it is then many people, families and children will suffer hunger and stress. Brexit will only increase this vulnerability and unnecessary suffering.

Chris Stephens is the (SNP) MP for Glasgow South West and a member of the Scottish Left Review editorial committee.