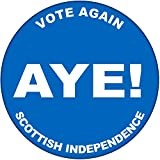 Campbell Martin unravels the continuing battle for the soul of the SNP.

In years to come, students of Scottish politics will look back on this time as ‘The Great SNP Enigma’. They will try to unravel how the SNP and party leader, Nicola Sturgeon, could have been achieving record-high support in opinion polls, yet a large section of independence supporters was calling for the leader to be replaced. Looking back on today from the vantage point of a future independent Scotland, will students and others understand why so many on her own side turned on the leader of the SNP?

As First Minister of Scotland, Sturgeon has been outstanding: so impressive has she been during an unprecedented global pandemic that only partisan, political opponents would attempt to contrive criticism of her performance. If Scotland was already an independent country, few candidates could come close to matching Nicola Sturgeon as an ideal First Minister. However, we are not, yet, independent, and the current SNP leadership’s ‘gradualist’ approach to restoring to Scotland the sovereign powers of a normal, independent country is what generates the criticism of Sturgeon and those in her leadership-bubble.

My membership of the SNP came to an end 16-years-ago; a decision made by the party, not me. At the time, I was an SNP MSP and I spoke-out against the ‘leadership’ of John Swinney, who had replaced Alex Salmond as National Convener in 2000. I was a ‘fundamentalist’, generally described as people who want independence, and want it ‘now’. Swinney and the small clique around his ‘leadership’ were ‘gradualists’. Essentially, ‘gradualists’ were prepared to ‘park independence’ and, instead, they sought to gradually – and very slowly – build the powers of the devolved parliament in Edinburgh. Swinney once told me he was impressed with what Tony Blair had done with the Labour Party – creating ‘new’ Labour and turning the former party of the working class into a clone of the Tory Party. His vision was the creation of a ‘new’ SNP, and under his ‘leadership’ the party moved from its traditional moderate, centre-left position to a moderate, centre-right position.

Under Swinney’s ‘leadership’, party members on the left were marginalised and found themselves attacked by anonymous party spokespeople. It became a trait of the ‘gradualists’ that, despite being frightened to fight unionists, they did not hold back in putting the boot into fellow SNP members of the left. In 2004, shortly after I was expelled for calling on Swinney to resign and for Alex Salmond to return as leader, Swinney resigned and Alex Salmond returned as leader. The purge of ‘fundamentalists’ and the left was ended as Alex Salmond re-united the SNP and transformed it into a party of government.

Sadly, today, under Nicola Sturgeon’s leadership, the ‘gradualists’ are once again in positions of power within the SNP. Criticism of the leader and her advisors stems from a perceived lack of urgency, on their part, in delivering independence. There appears to be no plan to take Scotland forward, other than asking a Tory Prime Minister in London to give his permission for the Scottish Government to hold an independence referendum. Theresa May and Boris Johnson have both refused such permission and, given majority support for independence in opinion polls, why would a Conservative and Unionist Prime Minister change their mind? Why does the party that styles itself ‘the party of independence’ have no clear-cut plan to actually deliver independence?

Against this background, in the Sturgeon-led SNP, prominent party activists on the left of the party are, once again, being marginalised and attacked, even blocked from standing as party candidates. The difference, this time, is that much of the often vicious attacks come from young, sycophantic, leadership acolytes using social media.

The SNP’s new ‘gradualists’ are clearly being manipulated and used by some of the old guard who still advocate the parking of independence and slowly building the powers of the devolved parliament. What the young members have added to this mantra is placing ‘identity’ issues ahead of delivering an independent Scotland. The young ‘new’ SNP activists place greater emphasis on self-identity in relation to gender, than on delivering a better, fairer, more equitable Scotland for all the people who live here. Their gender obsession could be delivered by an SNP Government in a limited, devolved parliament, but a better, fairer, more equitable country for all Scots requires independence, so they appear willing to settle for running devolution.

In addition to the new ‘gradualists’ down-paying independence, and putting the boot into ‘fundamentalists’ and the left, today’s SNP also has to contend with the possibility that some around the Sturgeon leadership may have colluded to try and jail former SNP leader, Alex Salmond. Serious charges relating to sexual offences were presented against Salmond, but a jury at Scotland’s High Court in Edinburgh listened to the evidence and acquitted him of all charges. Still, though, concerns remain that some senior SNP members might have played a part in trying to jail Salmond. Information that could split the SNP wide-open may emerge as a Scottish Parliament Inquiry into the Scottish Government’s handling of actions against Alex Salmond takes its course.

However, much of this has played-out below the general public’s radar, which is why we have the apparent enigma of soaring support for a popular First Minister, her party and independence, while criticism is levelled by those in the SNP and wider movement who are aware of what is happening.

A former SNP MSP (2003-2007), Campbell Martin is now broadcast journalist and factual programme director. He is not a member of any political party.