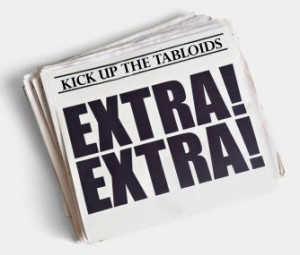 I am writing this from Australia, where I have been for the past six weeks, performing shows at Fringe festivals in Perth and Adelaide. Despite its stereotypical image abroad, this is a country with a strong radical history. In a country which was built on the slave labour of petty offenders and political dissidents transported here in the nineteenth century, this is not surprising. Indeed, I have yet to meet an Australian who can understand why Scotland voted against independence. Having said that, I have yet to meet an Australian who will admit to having voted for Ozzie Tory PM, Tony Abbott.

Abbott has a fairly low profile internationally, so you may require a brief description of the man. Imagine the beliefs of Margaret Thatcher, the smarm of Tony Blair and the competence of Ed Miliband. Think Nigel Farage without the excuse that he’s permanently pissed.

The day I arrived, 26 January, Abbott commemorated Australia Day by giving a knighthood to the Duke of Edinburgh. Quite what a man who is already a prince, a duke, the husband of the current monarch and father of the next needs with a knighthood is anyone’s guess. It’s a bit like sending Donald Trump a birthday card with a five pound postal order inside.

As I have been out of the country for a month-and-a-half, I have to rely on the BBC World Service, Scotsman website and Sky News to find out what’s happening back home. In other words, I haven’t a fucking clue what’s really going on.

I did read that Ruth Davidson has proudly been claiming that the Tory vote in Scotland ‘is holding up well’. In other words, it’s the same as it was. That’s a bit like the chairman of Albion Rovers celebrating the same amount of season ticket sales as last year, or Rangers fans saying, ‘Brilliant, we’re in no more shite than we were yesterday’.

I did read that Scotland’s only Tory MP, David Mundell, had been warning of dire consequences of voting SNP in the General Election. He warned us of the danger of electing a ‘Rainbow Coalition’. He then made the supposedly witty remark that Alex Salmond would be the ‘Zippy’ in this ‘Rainbow Coalition’ to the ‘socialism of the two Ed’s’. I nearly fell of my seat laughing at that one. Miliband and Balls socialists? Absolutely hilarious!!!

Aside from the weakness of the gag, any Tory making reference to children’s TV shows from the 1970s and 1980s is on pretty dangerous ground. At least none of the cast of ‘Rainbow’ is doing time for child abuse unlike many other popular children’s entertainers of the era, all of whom (unless you’ve forgotten) were supporters of the Tory Party at the time.

While the Tories were warning us ‘Vote SNP and get Labour’, Labour has been warning us ‘Vote SNP and get Tory’, rather than the more honest warning of ‘Vote Labour and get Tory’. Ed Miiliband is clearly gearing up for May, accusing David Cameron of being a coward for ducking out of a head-to-head and opting to have a debate of all the party leaders. Talk about over-rating yourself. Who would, given the choice of having their policies put under the scrutiny by five of the major political minds in the UK, plus Nick Clegg and Nigel Farage, opt for anything other than trading insults with Mr Bean? Ed’s quote of the campaign so far is ‘Don’t mistake my decency for weakness’. No, we don’t, Ed. Nor will we mistake your weakness for decency.

Captain Murphy of the sinking ship that is Scottish Labour was recently trying to bolster the party’s coffers, and recruit a new army of foot soldiers by offering party membership for a pound. So, by a modest estimate, Scottish Labour’s fighting fund may well have risen by as much as seventy-five quid since the start of the year

Seriously, when parties start offering memberships on the basis of value-for-money, we may as well all give up. That is, of course, if a pound for Labour membership is – indeed – value for money. Think of what else a pound could buy. Two copies of the Daily Record, and a cigarette lighter to burn both those copies of the Daily Record? Or half-a-dozen eggs to chuck at Jim Murphy when he gets on his soapbox between now and May.

Vladimir McTavish will be hosting a new political show ‘So We’ve Got An Election’ at The Stand Comedy Club in Glasgow on Monday 27h April and The Stand in Edinburgh on Wednesday 29 April. See www.thestand.co.uk