I’m writing this from South Australia, where I’m performing for a month.

Despite the country’s close cultural links to Britain, television news down under gives very little coverage to British politics. As a result, I am being drip-fed snippets of news via the internet and phone calls to home, and it seems like I am missing out on a better show than anything on offer at the Adelaide Fringe.

The defection of the Gang Of Seven (or Gang Of Eight or Gang Of Whatever Number They’ve Reached When You Read This) inevitably brought comparisons with the Gang Of Four’s defection in 1981, when the country was ruled by an unpopular intransigent Tory government, and Labour were led by an ineffective old man. However, I think the comparisons may end there.

In 1981, Roy Jenkins, Shirley, Williams, David Owen and Bill Rogers issued the ‘Declaration of Limehouse’ and left the Labour Party eventually forming the SDP, which they claimed would see an end to two-party politics, but really just ensured that Margaret Thatcher won the next three General Elections. I remember a badge you could buy in left-wing bookshops at the time with the slogan ‘Keep Politics out Of Politics. Vote SDP’. Of course, the SDP later went on to merge with the Liberals – all except David Owen who went on to become the Gang of One.
Umunna strikes a similar chord when he claims that ‘politics is broken’ and who could argue with him on that? However, I’m unclear as how you fix something that is broken by breaking it even more. The Independent Group seem to be styling themselves as some Macron-style movement. One wonders whether they’ve been following recent events in France, and the utter shit-storms that have been happening over there. Let’s face it, if you really want to witness broken politics, no-one breaks anything better than a bunch of French people on a demo. 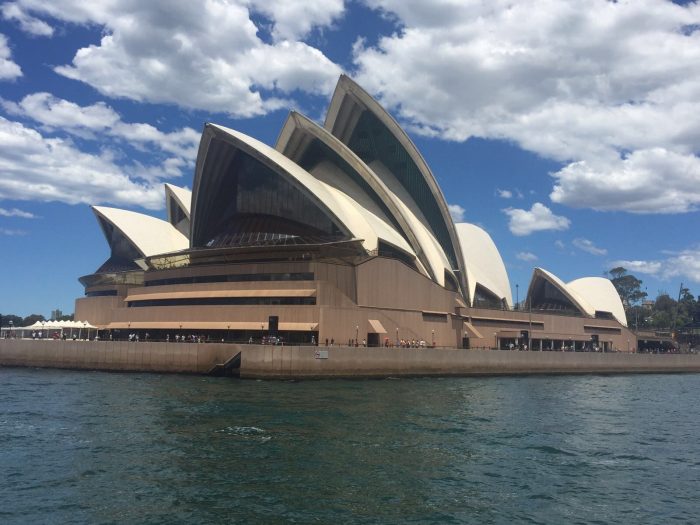 There are, however, subtle differences between now and 1981. Back then, the Gang of Four were well-known political faces, apart from Bill Rogers. Indeed, even at the time, if asked to name the four, most people would reply ‘Roy Jenkins, Shirley Williams, David Owen and … er … um … er … the other bloke’. Today’s situation is the exact polar opposite. If I was asked to name the Gang of Seven, I reckon my reply would be: ‘Chuka Umunna. And … um … er … um … er … six other people I’ve never heard of before.’ Of course, the defection of Anna Soubry and her Gang of Three from the Tories could well be a game-changer. However, if Theresa May ends up winning the next election, a lot more than politics is going to get broken.
Out here in Australia, people just cannot understand how Theresa May has managed to stay in office for as long as two-and-half years. This is not just because they can see how utterly out her depth she is, but also because very few Australian Prime Ministers in recent memory have every enjoyed as long as eighteen months in the job, let alone two-and-a-half years. I have been coming out here to perform at festivals every year since 2012. Every time I come out, they’ve got a different Prime Minister, whether or not they’ve had an election in the previous twelve months. The job of Australian PM probably has a higher casualty rate than that of Spitfire pilots in World War II. Only British Brexit Secretaries can expect a shorter time in office. I reckon if I keep coming to this country often enough, I’ll eventually end up being Prime Minister of Australia.

I could not write this column without paying tribute to my fellow comedian, Jeremy Hardy, who passed away at the beginning of February at the tragically early age of 57. Along with Mark Thomas and Mark Steel, Jeremy was at the vanguard of political stand-up comedy in the late eighties and early nineties. Jeremy was, without doubt, the finest political comedian of my generation, and was a huge inspiration to me when I started out in the business. Unlike many other recipients of British comedy’s top prize, Jeremy did not use his winning of the 1988 Perrier Award as a stepping stone to wealth and TV fame, preferring instead to stay true to his beliefs and his unique comic style.

In later years he came a familiar voice on Radio 4, due to his appearances on The News Quiz and I’m Sorry I Haven’t A Clue, but Jeremy Hardy should be remembered as much for his activism as for his comedy. He was fierce supporter of the Palestinian cause, and a lifelong opponent of nuclear weapons. His death is a huge loss to the comedy business and to left-wing politics.

A socialist since childhood, Jeremy Hardy summed up the attitude of all reluctant voters on the far left with this immortal line: ‘Voting Labour is a bit like wiping your bottom. No-one actually enjoys doing it, but you end up in a far worse mess if you don’t’.

Vladimir McTavish is appearing at The Stand Comedy Club, Glasgow on Sunday 24 March with his solo show ‘25 Years Of Stand-Up’ as part of the 2019 Glasgow International Comedy Festival.