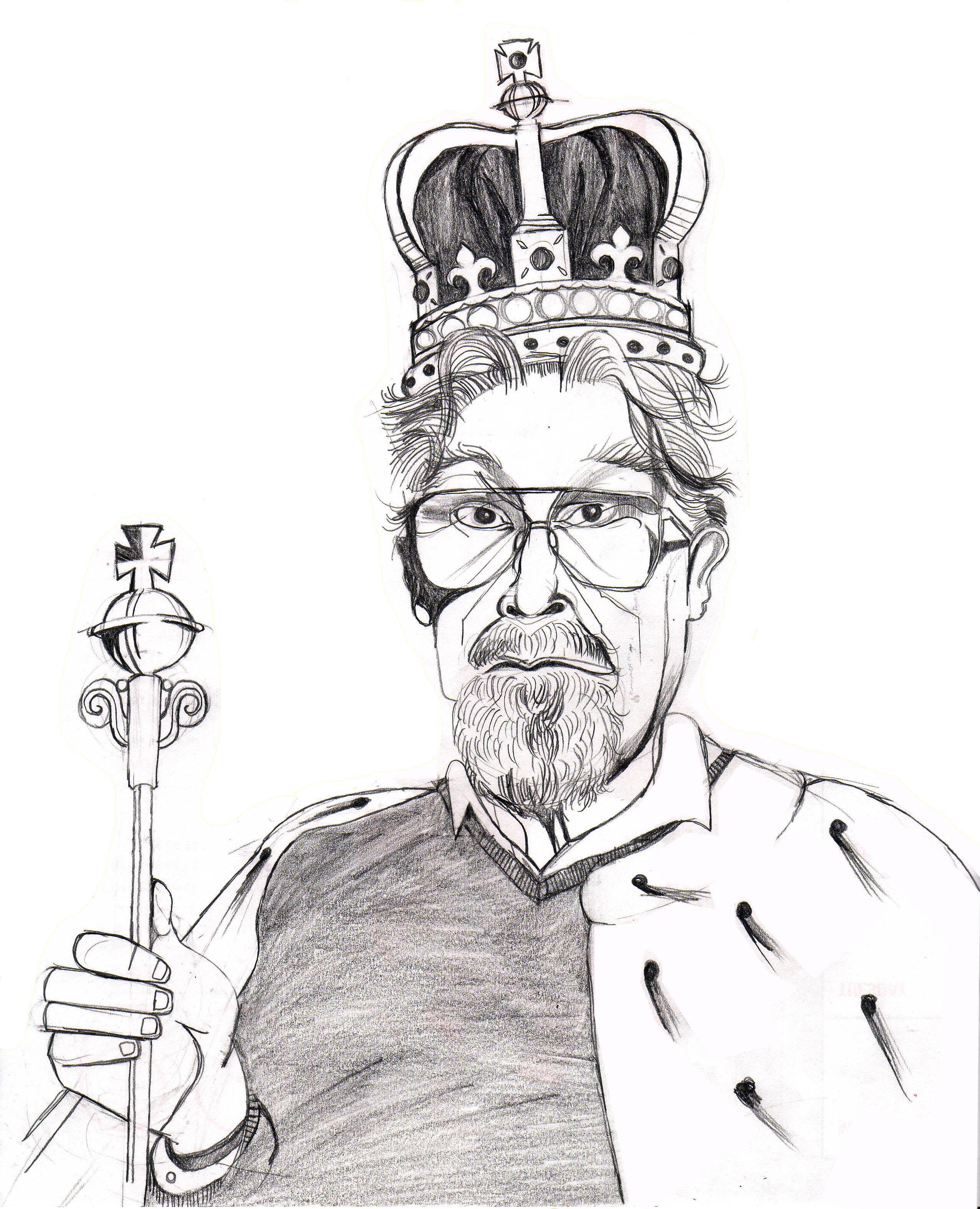 In this Diamond Jubilee year, it would appear that now, more than ever, Scotland has turned its back on the idea of the monarchy. So who should we have as Head of State come independence ?

You, the readers, were asked to make your choice and your voice has been heard. If you remember, here are the options you were given by the editor of this magazine: 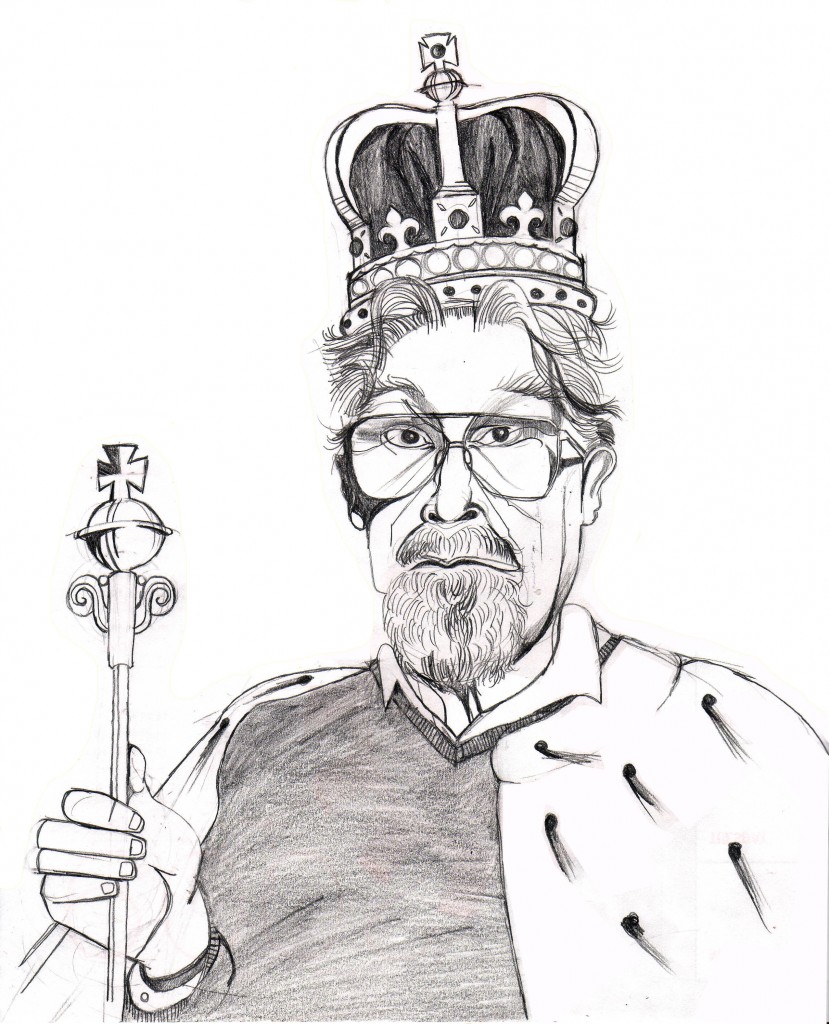 And there were also some interesting suggestions from yourselves, the readers. Anyway, to give the results in reverse order:

An Arbitrary Lord, Laird or Member of the Aristocray came in last, unsurprisingly. However, one of you did suggest The Queen on the following grounds:

“She has experience. Would give her an opportunity to work outside the family environment, which she may find attractive. In the interests of transparency, she would not be allowed to use her stage name, and would need to be known as Ms Elizabeth Windsor. Would give her the chance to prove that her loyalty to her citizens is more important to her than her subjects loyalty to her; this may be a sticking point.

Advantages: Salary unimportant. May have distant Scottish connections. Would possibly work freelance, as she already has several client countries. Works from home. Disadvantages: May not interview well.”

This attitude, however, seems at odds with the general mood in Scotland. A recent survey published in the Scotsman showed that only 40 per cent of Scots say the Queen makes them proud to be Scottish, whereas 70 per cent say haggis makes them proud to be Scottish. In other words one can deduce from this that most Scots would prefer a sheep’s stomach filled with offal to a hereditary monarch as their Head of State. And you thought this magazine’s suggestions were daft ?

Of course, going back to those earlier times, the leader of the country was seldom elected. We did not always go about this business in such a democratic manner. For example, Robert the Bruce became King of Scotland after stabbing his rival John Comyn to death in a fight in a graveyard in Dumfries. I am not sure this is a system which we would want to employ in this day and age, for two reasons. Firstly, it is at best morally-flawed. Secondly, in a country such as Scotland, with a high rate of knife crime, it simply isn’t selective enough. If the only criteria required to become head-of-state is prowess with a blade, then 25 per cent of the population of Paisley could lay claim to the title.

In an age where politicians tend to shy away from getting into a fist-fight, it is refreshing to see that in Eric Joyce we have a public figure unashamedly of the Old School. In a recent interview the MP for Falkirk claimed to be better at fighting than at politics, so I was very disappointed that none of our readers offered him up as a potential candidate for Head of State. Joyce is currently banned from every pub in the City of Westminster after a number of head-butting incidents in the House of Commons. This follows hard on the heels of the scandal where it was revealed he had had a sexual relationship with a 17-year-old. And people say that politicians are out of touch with the general public.

The real King of Scotland is, of course, some eccentric bloke in Belgium who still claims to be the rightful heir to the Throne of Scotland (and by implication the Throne of the United Kingdom) as he is the the last surviving ancestor of Bonnie Prince Charlie Scottish people, however, no longer have much pride in the Queen.

Sean Connery gained surprisingly few votes. It could have been his age, it could have been the fact that he lives outside Scotland, it could be his enthusiasm for domestic violence. He may have been the best Bond, but I reckon most people reckon that 007 was pretty rubbish compared to modern-day spies. For example, when did James Bond ever manage to padlock himself in a sportsbag from the inside?

Likewise, this option gained little support. I suspect this is because most people would confuse any of the three for Johann Lamont.

Some Name Picked at Random from the Phone Book

Surprising, coming in third was the idea that we should randomly pick our Head of State from the telephone directory. I actually think this may be the best option. Indeed, we could make it like Jury Service, where if you were picked you had to the job whether you wanted to or not.

However, nowadays this is not as straightforward as it might once have been. How many people still have a phone book ? Nonetheless, there is a nice egalitarian touch to this proposal as it automatically disqualifies anyone with ideas above their station who have decided to go ex-directory

Archie McPherson came a very close second, although I do think that, were we to employ the same system as the French presidential elections, Archie would walk away with the title in the second round of voting. If ever there was a true Everyman figure that embodies our nation’s core values it is Archie McPherson. Even Donald Trump has adopted his hairstyle in an effort to curry favour with the people of Scotland.

So the votes are now in, you have had your say, and as returning officer I declare that the votes cast in the 2012 Scottish Left Review Head of State were as follows: McPherson, Archie (Comb-Over Party) 23%, Gray, Alasadir (Let’shavea Party) 37%, Name from Phonebook, Random (BT Party Line) 19%.

And, therefore by the somewhat questionable electoral system though-up by the editor of this publication, I hearby declare that Alasdair Gray has been duly elected as Scotland’s first Head of State for over three hundred years. A good choice, someone who represents the cultured, questioning, intellectual traditions born out of the Scottish Enlightenment. A true polymath, both an author and a painter. And, despite the fact that Hitler and Winston Churchill were both authors and painters, will make a fantastic figurehead for our nation, at a time when there are few personalities in our political scene. All we need now is for the Proclaimers to write us a national anthem in his praise. He will provide an alternative to Alex Salmond as a recognisable public figure

The public likes personalities, they respond to recognisable figureheads. Say what you like about Saddam Hussain, everyone in Iraq knew who he was. Mainly because there was a f***ing huge big fifty-metre-high statue of him at every major roundabout and traffic intersection in Baghdad. Yet while a lack of personalities is one thing, it’s going a bit far to fill the void by bringing in Donald Trump. When Donald Trump came to speak to the Scottish Parliament, a lot of people were genuinely surprised, because until he did, most of us had assumed he was some kind of fictional character.

Teetering on the edge of being beyond parody, Trump is like some evil character out of Thurderbirds. A millionaire called Trump, who lives in Trump Tower and travels the world on his Trump Jet. Many of us are expecting to name his golf resort Trumpton. But will there be a job there for Windy Miller ? The serious point here is that the whole issue of wind power received minimal media coverage, before it became the bête-noire of the man who presents the American version of the Apprentice. It’s understandable that a man with such a precariously-assembled combover would not be particularly keen on the idea of wind turbines..