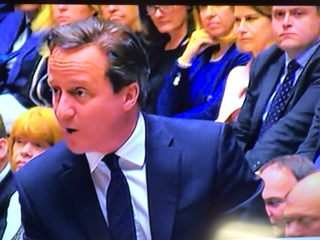 ‘Are you enjoying it?’ is the most common question I get asked about being an MP. It’s not the verb I’d choose. But I’ve been a political activist of one kind or another for 40 years so being able to do it full-time and get paid for it is certainly a privilege. 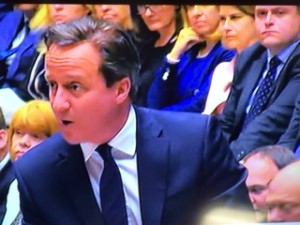 You get to meet an incredible array of people doing amazing things. You get the chance to learn about and be involved in issues that pass most people by, especially in the field of international policy. It’s an honour to speak up for the people that elected you and prosecute the mandate given to you. And every so often you can really help people, making a difference to their life, which makes the job worth doing.

But, at times, it can be frustrating as hell. I spent eight hours bobbing up and down on those green benches trying to enter the Syria debate. I didn’t get called but my calves got a good workout. Every month, we get to enter a draw to ask cabinet ministers a question – about 1 in 20 is successful. But even with a well-researched, well-crafted question and incisive follow up, ministers can just waffle and obfuscate knowing the next question will change the subject and the focus moves on. Holding the executive to account it certainly isn’t.

Parliament is riven with procedures and practices from not just the last century but the one before that. Referring to other MPs in the third person and not addressing people by name is just one of the ways the debate gets rarefied and removed from the experience of ordinary people. But the worst things about parliament are the way in which it is set up rather than how it runs.

We are one of the few developed countries where only a minority of members of parliament are elected. The unelected Lords has 200 more members than the elected Commons, and the Tories are hell-bent on creating even more. I’m amazed there’s not more public outrage about this. Most of all, the governing party in the elected chamber can have a comfortable majority with just over a third of the popular vote thanks to the first-past-the-post system.

These major structural inadequacies combined with the pantomime procedures are what maintain the gulf between governed and governors. In Scotland, that applies with knobs on as a single elected Tory confronts the will of the people like a 21st century Governor General. This is the greatest frustration of all. It was never part of the game plan to have a Tory majority facing us pushing through policies even Thatcher would have thought unacceptable. Had there been a (slightly) more balanced result this would have been so much more fun – and we’d have got a lot more done.

Still, you play the cards you’re dealt. And that’s what I and my colleagues have been trying to do. As the elected government in Scotland pushes London for more power or more money, it’s our job to try to hold UK ministers to account. Being part of the one party allows co-ordinated messages and actions.

We play our part in running the UK for as long as the Scottish population chooses to be part of it. For a long time it felt like we were the only vocal opposition to the Tories as Labour disarray resulted in inertia or worse. The SNP led the fight on the welfare cap, tax credit cuts, gerrymandering the EU referendum, Trident, air strikes and so much more.

With Labour in a more stable positon I hope we can get down to the business of building a united opposition. There are signs of hope. New Labour and SNP MPs are forging closer personal and political relationships as they discover they agree on most things at British and international level. The new Labour front bench seems less sectarian than the old one. Indeed, it’s interesting the most vicious attacks on Corbyn come from his own backbenches, i.e., the right wingers who most hate the SNP.

Despite the Tory majority being only 12, they’ve never won a vote on economic policy with anything less than 30 (even when Ulster Unionists oppose them – which isn’t often) because some Labour MPs are simply not there. I hope that improves in 2016.

Tommy Sheppard is the SNP MP for Edinburgh East and a member of the SLR editorial board. His blog is at http://tommysheppardmp.scot/