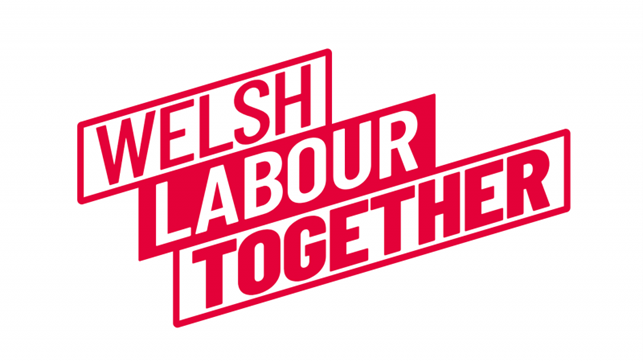 Welsh Labour won an impressive set of results in the Senedd (Welsh Parliament) elections on 6 May, securing exactly half of the institution’s 60 seats – equalling the party’s best previous performance – and ensuring a further five years in government. Since the previous vote in 2016, the institution had changed its name from the National Assembly for Wales and extended the franchise to 16 and 17 year olds, as well as to foreign nationals resident in Wales. Of course, that five-year period had also seen momentous changes like the Brexit saga; the defeat of the Corbyn project, two changes of Prime Minister and the Coronavirus pandemic. It is remarkable, then, how stable Welsh Labour’s support has proven, its Senedd presence registering a net increase of one seat. The party won almost 40% of the total vote for the 40 constituency seats and 36.2% in the second, regional vote – in both cases, a roughly 5% increase in its vote share over 2016.

The Tories were in second place with 16 seats (a net gain of five), overtaking Plaid Cymru, but taking only one seat directly from Labour. They failed, however, to repeat their success in the 2019 general election, where they took all but one of Labour’s North Wales seats, plus Bridgend in the south. Labour’s one constituency defeat was compensated by an additional regional seat and the party also recaptured the Rhondda from former Plaid leader, Leanne Wood, who had won it in 2016 – the departure from the Senedd of Leanne, a fiercely principled socialist, is one of the election’s negative outcomes.

Although Plaid secured one more seat overall than five years before, its performance has been reckoned a disappointment, given the extravagant promises of major electoral gains that have regularly come from Adam Price, who ousted Leanne as leader in 2018. The LibDems narrowly avoided a complete wipe-out, losing their one constituency but gaining a regional seat. The hard-right populist parties also failed to win any seats – again, contrary to the poll predictions – which represents a welcome reversal of UKIP’s success in 2016. Welsh Labour also won three of the four Police and Crime Commissioner elections, the party’s best result since the posts were created.

Welsh Labour’s success, especially in comparison to Labour’s dismal overall showing in England, has occasioned much comment – and much celebration within the Welsh party and the wider Labour left. Its total of 30 seats confounded expectations, exceeding the predictions of all but one pre-election opinion poll.

By common consent, the greatly enhanced public profile of the First Minister, Mark Drakeford due to Covid and the widespread appreciation for his reassuringly serious and responsible approach to the pandemic – in contrast to Johnson’s criminal irresponsibility – played a significant part in Welsh Labour’s success. This probably complemented the longstanding general approval among the party’s traditional base for its implementation of a recognisably ‘Labour’ policy programme over the last 22 years.

In the 2000s, Rhodri Morgan (with Mark Drakeford as his policy chief) famously pledged to put ‘clear red water’ between his administration and the then Blair leadership in London and this was manifested in policies like the abolition of the NHS internal market, the scrapping of prescription charges and maintenance of the comprehensive principle in secondary education. This year’s manifesto played to Welsh Labour’s strengths in this respect, promising modest but valuable gains for ordinary people (such as the real living wage for social care workers and a programme of low-carbon house-building for social rent), informed by the same progressive, egalitarian ethos as the party’s governmental record to date. The slogan, ‘If you value it, vote for it’ probably had some resonance in this respect. While hardly a mandate for ‘socialism’ or ‘radicalism’, therefore, the election result represents a sufficient degree of popular consent for continuation with the same incrementally reforming programme.

The other card that the party seems to have played to some effect was its affirmation of its ‘Welsh’ credentials – reassuring voters of its patriotism and political distinctness from the UK Labour leadership and, thereby, squeezing the Plaid vote. While support for Welsh independence is at record levels, with membership of the cross-party/non-party, Yes Cymru, movement rising from 2,000 to 17,000 in twelve months, this was not translated into electoral support for Plaid Cymru. Not only is independence almost as popular among Labour’s voters as among Plaid’s but attitudinal research by psephologists has revealed that Mark Drakeford is very popular among Plaid supporters – perhaps understandably, when it has fallen to him to defend the interests of Wales against the Westminster government, week in and week out – on a public platform furnished by the pandemic.

We should be careful not to exaggerate the scale of Welsh Labour’s victory, however. The net increase in the party’s tally of seats won was only one, giving it the same number of members elected as in 2003 and 2011; and while there is no question about Labour’s right to govern, the Drakeford administration will still be dependent to some degree on the support of other parties. Labour’s vote-share was higher than in 2016 but lower than in 2011 and 2003, on both of which occasions it exceeded 40% of the constituency vote. The Tories also increased their vote-share and both they and Plaid increased their Senedd presence. Furthermore, while the turnout was the highest yet under devolution – albeit only marginally above the 1999 figure – at 46.6% it still means that more than half of the electorate did not feel sufficiently engaged to participate in the vote.

The relative position of the left in the Senedd Labour Group has been strengthened slightly by the Senedd election results, inasmuch as two of the three new Labour Members of the Senedd (MS) are members of the left-wing activists’ network, Welsh Labour Grassroots, although neither has a long history of involvement with the organised left. But even with these two new members, the left (broadly defined) accounts for barely more than a third of the thirty Labour MSs and fewer than half of these could be considered as anything more than ‘soft’ left in their politics. The right has pretty much the same strength, leaving a centre-ground consisting of those with less coherent views. The influence of the Labour left in the Senedd, however, is at least stronger than in the Welsh PLP, where Beth Winter is its only standard-bearer, and in Welsh local government, where the number of ‘left’ councillors in most Labour groups could be counted on the fingers of one hand.

Most of the Senedd Labour left are in their 60s and 70s and the majority can probably be expected to step down at the next election in 2026, representing a significant cumulative loss of knowledge and experience, albeit also an opportunity to bring forward a new generation of radical political leaders – if the left can successfully mobilise for this. Even before that, we will have to address the leadership succession to Mark Drakeford, who has consistently said that he intends to step down part-way through the current Senedd term, allowing his successor a reasonable ‘run-up’ to the 2026 elections. While we cannot, of course, be sure who the candidates will be, it is widely assumed that the Economy Minister, Vaughan Gething, Education Minister, Jeremy Miles, and Health Minister, Eluned Morgan, will stand – the first two of these being clearly on the right and the third in the centre. The left does not have a huge choice of potential champions, not least because of the age profile of its members, and might end up having to give critical support to a candidate seen as the lesser, or least, evil.

In the meantime, the election result represents an enhancement of Mark Drakeford’s personal political authority within the Labour Party and he could make use of this to back a renewed effort to improve party democracy. Mark’s election platform as a leadership candidate in 2018 included a commitment to strengthen accountability and empower members and in his first few months there were a few positive initiatives in this regard – most notably, the introduction of ‘one member, one vote’ (OMOV) elections for the ‘Wales’ seat on the Labour NEC, which had previously been in the Welsh leader’s gift. Other priorities subsequently intervened, however, and the snap general election in 2019 disrupted the progress of the Welsh Labour Democracy Review. This has now been re-launched, with a view to any changes being agreed at next March’s Welsh Labour conference. The left needs to push hard for democratic reforms, including greater accountability in the make-up and election of the Welsh Executive Committee; a more transparent policy-making process; and reduction of the threshold for an open selection in trigger ballots for Senedd Members.

A significant element of the Labour manifesto was the commitment to push for constitutional reform across the UK and greater devolved powers for Wales. With the respected left-winger and proponent of ‘radical federalism’, Mick Antoniw now in the Cabinet to drive this agenda, there is a much greater chance that Welsh Labour will finally conduct the meaningful debate within the party and Welsh society that it should have led years ago. Alongside this, there is growing support among well-placed left-leaning elements within the Welsh party for a push to devolve responsibility for the party rulebook from the UK to the Welsh level. The arguments for this include the principle that, if we are to push for deeper devolution within the state, then we should do the same within the party; and the suggestion that devolution of disciplinary procedures would result in fairer outcomes. These arguments are likely to find a sympathetic hearing among at least a section of the Labour left, at a time when a growing proportion of party members are at least ‘indy-curious’ and when the Welsh leadership is to the left of the UK leadership – conversely, there was little appetite on the left for intra-party devolution when Jeremy Corbyn was UK leader and Carwyn Jones Welsh leader.

There are some caveats to bear in mind, however. There is, first of all, a question as to whether it would make sense for the rules governing members in Wales on non-Welsh-specific issues to be different from those applying in England, if Welsh Labour was anything short of a legally distinct and autonomous party. Then there is the practical point that any such change would require an amendment to the UK party rulebook, which it is hard to imagine Keir Starmer and the current NEC majority agreeing to grant. Finally, and most importantly, a clear-headed assessment needs to be made of the likely political consequences of the change. There is simply no reason to believe that the collective leadership tier of the Welsh party – comprising the MPs, MSs, local government leaders, union officials and full-time party officers, as well as the elected leadership – is any more progressive than its counterpart at UK level. While Mark Drakeford might be able to exercise some leftward pressure as long as he remains leader, that positive influence might well be brought to an end and reversed in a couple of years depending on the outcome of the subsequent leadership election.

Nevertheless, the debate about the constitutional future of the party and the government will undoubtedly be taken up by the Welsh Labour left, alongside the issues of pandemic recovery and rebuilding the economy on fairer and more sustainable foundations, over the months and years ahead.