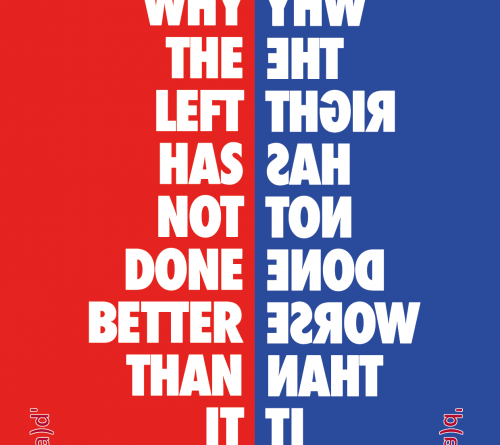 Asking an awkward question and needing an honest answer: What’s left of the left?

The May 2022 local elections were an important staging post for politics, especially those of a radical nature, in Scotland. On the one hand, they took the temperature of the voting populace on important matters, both local and national. On the other hand, the timing of this temperature taking was the occasion of the SNP being in government at Holyrood for 15 years. The SNP’s position – in electoral terms at any rate – still seems to be pretty unassailable.

The radical left did very poorly again, making no discernible impact. The Scottish Socialist Party (SSP) stood just eight candidates, gaining just over 1,000 first preferences but its post-election analysis stated: ‘In seats where we can compare results with the last council elections, we DOUBLED both our votes and our share of the votes’. Meanwhile, the Scottish Trade Unionist and Socialist Coalition (STUSC) stood 16 candidates, also gaining just over 1,000 votes and noted: ‘The first preference votes, while modest, increased in the seven council wards that Scottish TUSC had contested in Glasgow compared to 2017’. We need to recall that the proportional representation system of Single Transferable Votes for local elections is an almost ideal voting system for the left to do well under.

Widespread discontent with the SNP-led Scottish Government over a legion of issues did not lead to any electoral backlash. Though the turnout was a lamentable 45% (down from 47% in 2017 but up from 40% in 2012 but having been 53% in 2007), the SNP had success into turning the election into a referendum on Boris Johnson and the Tories and a future independent Scotland. Gordon Munro examines the deliberate ignoring of the plight of what the local elections should have been about in his article in this issue, namely, local authorities and their diminishing resources at a time of increasing demand and need. Many will be worried that COSLA, the body representing all local authorities in Scotland, will now be headed by an SNP councillor, Shona Morrison, as President.

And though, as former Labour PM, Harold Wilson, was wont to say that ‘A week is a long time in politics’, by early July is the situation any different in terms of the radical left making a significant advance? It should in some way be but the situation does not seem to be despite a litany of SNP lamentable actions.

It has made it clear that it supports NATO as a nuclear military alliance and is ambiguous to say the least on whether an independent Scotland would be non-nuclear in the light of the Russian invasion of Ukraine. For a party that has prided itself on its managerial competence, the return of Scotrail to the public sector has been shambolic in the extreme. Then Finance Secretary, Kate Forbes, announced a package of cuts to the public sector in the Scottish Budget, amounting to 30,000 job losses. This was dressed up in the neo-liberal language of being about a ’reset’ that, in her words, ‘consider[s the] scope for innovation that embraces entrepreneurship, improves value for money, offers opportunities for commercialisation, better manages assets and brings benefit to the public purse’. No sign of setting a ‘needs budget’, echoing the London Poplar council in 1921 when its then leader, and future Labour Party leader, George Lansbury, proclaimed: ‘Better to break the law than break the poor’.  Conter, part of the left-wing independence supporting commentariat, characterised the SNP’s move as the return of the party to being ‘Tartan Tories’.

This was then followed by the relaunch of the SNP’s independence prospectus with the Independence in the Modern World. Wealthier, Happier, Fairer: Why Not Scotland? document. Much has already been said about it but the key points are undoubtedly that there is nothing manifestly new or innovative in it compared to previous SNP/Scottish Government documents, and crucially, it does not lay out how such comparator countries (Denmark, Finland, Sweden) will be emulated in and by Scotland. Following this and assuming no Section 30 Order is granted for another constitutional referendum, the date of 19 October 2023 was set for a consultative referendum should the Supreme Court judge this not to be ultra vires.

The case for independence is necessarily ‘jam tomorrow’ but the new so-called prospectus seems to show we’ll be lucky to even get ‘I can’t believe it’s not butter’ to put on our piece. Indeed, as Sturgeon said in the Foreword: ‘Independence in itself does not guarantee success for any country. For Scotland, the aspiration of a wealthier, fairer and more successful country will depend on democratic decisions made post-independence and the good stewardship of governments elected’. The SNP’s record in government does not inspire any confidence that it will be the first party in government after independence that will make society in Scotland, fairer, wealthier and happier based upon its record since 2007 (or 2014 when Sturgeon took over from Salmond).

As previous editorials have charted, the situation with Scottish Labour and British Labour has been and remains pretty woeful. Both are critical components in explaining why a lacklustre and unradical SNP remains in the dominant position it does. Anas Sarwar is more than a competent performer but does not outclass the Tories’ leader, Douglas Ross, despite some of Ross’s missteps over Boris Johnson and the like. But that is not even the half of it. Sarwar is not able to articulate a convincing, positive vision of society in Scotland no matter how many criticisms he makes of Sturgeon, the SNP and the Scottish Government.

Sure, it’s hard to get the airtime and an ear to do so when you’re the third party of Scotland, not the official opposition and weighed down by the past (Better Together, Scottish Labour as a branch office of British Labour, a succession of twelve leaders since devolution etcetera etcetera). But that does not get away from not articulating a robust and holistic social democratic agenda. On top of that, Scottish Labour has the problem of a leader of the British Labour Party not only underperforming in populist parliamentary terms – despite the Wakefield by-election success – but also being bereft of the same credible ‘vision’ thing. It says a lot about Starmer when his ratings are lower than those of Johnson and while Labour itself is more popular than the Tories. None of this gives those with progressive anti-independence, pro-Union views much of a cutting edge against the SNP. As many media and social media commentators have pointed out, RMT general secretary, Mick Lynch, has a lot to teach Starmer as a public performer with a clear vision of what is right and decent.

The Scottish Greens seem to be increasingly captured organisationally and ideologically by their cooperation agreement with the SNP, whether over issues of the environment, free school meals or public sector spending cuts.

All this helps explain why the theme of this issue is ‘why hasn’t the left – the radical left that Scottish Left Review is proudly part of – done better than it has?’. The radical left has a long tradition of talking up the prospects for advance with a somewhat scant evidence base for doing so. It’s good at identifying the opportunities but not so good at explaining why these advantages were not or could not be taken advantage of, especially where this concerns its own choices and actions. It is only through robust and rigorous self-reflection that the radical left can map out the way forward and then deliver upon the (reasonable) claims it makes are possible. Here, we need to also reflect on the lessons we can learn from Melechon’s relative success in the National Assembly elections in France and Labour ending Tory rule in Australia. In both cases, the situation has a lot more ‘grey’ than it has ‘black and white’, be that the fragility of the NUPES coalition after the election or the conservatism of the Australian Labor Party. The prospects for the left in Europe will be examined in the next issue.

The TUC demonstration on 18 June 2022 for was estimated at between 50,000 and 100,000 marchers. As Roz Foyer reports in her article, the defiant spirit of the march was infectious. Yet the turnout was well down on the TUC national London demonstrations of a decade ago over austerity: between 500,000 and 750,000 marched on 26 March 2011 and between 150,000 and 250,000 did so on 20 October 2012. And, it was certainly not any bigger than the TUC’s ‘Britain needs a pay rise’ demo on 100,000 on 18 October 2014. Does this matter? Yes, for two reasons. First, it gives an indication that the process of anger>hope>action has not yet kicked and even may not on a scale that is needed to secure employers and the government concede on inflation proof pay rises. Second, it seemed the TUC and its affiliates engaged in an unprecedented level of public mobilisation for the 18 June 2022 demonstration, holding countless town meetings throughout the land to build for the London turnout. Kate Ramsden picks up on some of these issues in her article in this issue. We wait to see if the stimulus to strike occasioned by the rail strikes after the aforementioned demonstration will help the process of anger>hope>action amongst much wider number of workers in both public and private sectors. In this regard, many unions have stated that interest in joining them has increased as a result of the RMT strikes being seen as popular.

You’ve got to hand it to the British ruling class … they get their subjects – not citizens – to celebrate the inequality in wealth and power that they are the victims of by having street parties and marching along the Mall for the Platinum Jubilee party. Starmer puts his tuppence worth in by telling us it is our ‘patriotic duty’ to celebrate Lizzie’s big day. We must not forget that Sturgeon was equally fawning of Lizzie. She praised her ‘selfless commitment to duty’ and said she benefited from her ‘wisdom’ and ‘knowledge’ without a slightest hint of irony, adding: ‘I support the Queen and her successors remaining head of state – it is the policy of my party’. We can take some comfort, as Graham Smith does in his article in this issue that this is likely to be the last big hurrah for the House of Windsor. She got a peak TV viewing figure of 7.5m for the BBC’s broadcast of trooping the colour and 5m for the BBC’s broadcast of the lighting of beacons. Phil the Greek’s funeral got a peak of 13m last year and William and Harry’s weddings hit 26m (in 2011) and 18m (in 2018) viewers respectively. In Scotland, as with the 2012 jubilee, we were less madly monarchist and hopefully more radically republican. Of course, it might have been that we could not plan such events given the unreliability of good weather or the hassle of getting down to London. As it turned out, there were no COVID restrictions preventing us from gathering and the weather wasn’t too bad so many thumbed up their noises to the monarchy to catch up on some much-needed rays. But then the Guardian revealed in late June 2022 that on 67 occasions that Lizzie had used the Queen’s consent mechanism to alter Bills for the Scottish Parliament before they were even laid before the Parliament. It’s enough to make you a republican if you were not already one.