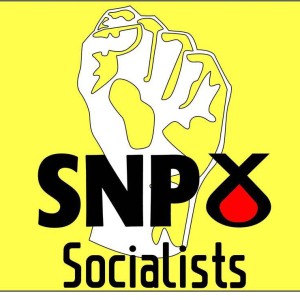 Kenny MacAskill offers suggestions on how to build a united anti-Tory, democratic alliance

The elections over and the debacle has come to pass. The country now faces a Tory Government that the Scottish people loathe and fear. Parties need time to grieve and to have their celebrations and it’s inevitable that there’ll be reflections and even recriminations. But they must be concluded quickly, carried out with dignity and magnanimity and most of all there must also be unity on the Left.

The SNP must avoid triumphalism. It should remember ‘what goes around comes around’ as politics is cyclical. And, in any event it’s both an electoral turn off as well as being entirely counter-productive as a strategy. For Labour, it needs to try and avoid bitterness, no matter how hard that can be for many individuals who gave their all but have paid a heavy price. Despite the deep divide between the two large monoliths in Scottish politics, there’s much more that unites them than divides them. That’s always been the case and most certainly is now.

Most importantly of all it must be remembered that the election is behind us and it’s the future that’s before us. What was said or done in the campaign is past and even more importantly the positions taken in the 2014 independence referendum are history, if not also irrelevances. It’s not about scoring debating points against each other that matters but how we now unite to protect our people.

Global warming threatens humanity and debates on Brexit and the constitution will be irrelevant to future generations unless this crisis is resolved. Moreover, Thatcher’s election in 1979 saw an unprecedented attack upon Scotland’s industry. Nationalised services were privatised and older industries were devastated. Now, 40 years on, we face an attack upon the social infrastructure of our country. The welfare state and even the NHS are in Johnson’s sights whatever pledges he has made. Far from rolling back the gig economy, its likely to morph into something larger and fear and uncertainty will escalate amongst EU nationals who have chosen to make Scotland their home.

Discussion and debate on a second indyref there must, and will, be. The signs of change growing within Scottish Labour are promising. However, Labour must resolve that issue. The best action that the SNP can take is a self-denying ordinance to stay out of its debate. By all means wish them well but it’s for Labour to resolve, and name calling is not just pointless but also poisonous.

In any event, the likelihood of a referendum in the short-term is slim. Indeed, more likely nil. That additional time is no bad thing given the failure to have resolved some critical issues from 2014 or to have restored the campaigning machine that was so effective back then. Demands for a second referendum, of course, must still be made as the irredentist refusal by the Tories is a democratic outrage and seeking to have both the powers and timing rest with Holyrood is correct.

Bringing Scottish elected politicians and parties together is essential. Whether that’s a constitutional convention as before, a convocation of elected parliamentarians from both chambers or a wider gathering can be discussed and agreed. It might be best to avoid a political party or the Scottish government hosting it and it’s perhaps something where the STUC could step in as it’s done before.

Whoever calls it and whoever attends, it must be held soon. Building on the anger that currently exists rather than allowing despondency to settle in is required. It must address the high-level constitutional challenge and seek to create unity either behind independence or just the Scottish people’s right to choose their own future. It can be the basis to show the world that it’s not one party but the people who are demanding it.
That can also be a forum that seeks to add to, rather than detract from other activities taking place. Marches there are going to be and rightly so. The anger that exists needs led and channelled, not simply be allowed to dissipate. That is a key role for the left and goes far wider than simply elected representatives. Showing continued opposition will be essential to maintain morale at home and doing so collectively and harmoniously will be essential. As with previous campaigns such as the Poll Tax, it needn’t preclude individual actions by groups and a variety of tactics being used. But agreement around central tenet of Scottish democracy is essential. That will also provide opportunities to show the level of opposition in Scotland to a global audience.

But, in addition, there needs to be discussions at all levels across the left and within the labour and union movement. Both the SNP and the Scottish Government must be an integral part of that but equally both of them need to display respect for the role and rights of others. Defending the social and civic infrastructure that our foremothers and fathers established for us is our duty, and the attacks are coming and will be relentless. Just what the nature of that opposition will be can be discussed but it’s likely to be wide ranging and across multiple fields.

So, it’s time for unity. Structures need established and tactics discussed but the political sectarianism that has blighted Scottish politics must end. To paraphrase, now’s the time for all good people to come to the aid of the country.