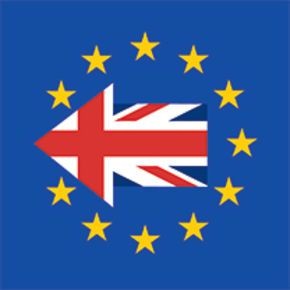 The October summit where a Brexit deal was meant to be signed off has come and gone. Plans for an emergency November summit have been put on ice, with the EU’s regular summit in mid-December now looking the most likely end point.

Uncertainty reigns: will there be a deal and what will it look like, will a deal pass at Westminster, what happens if not – an election, another EU referendum, neither? Certainly, if there’s no deal or a deal is rejected at Westminster, there will be an intense political crisis which will get worse if MPs at Westminster cannot agree on a way forward. Yet lack of agreement is quite possible – Corbyn may not muster a majority for a no confidence vote, supporters of a second EU vote might not find a majority for that to happen.

If there is a general election, will the stalemate at Westminster be resolved by an election – and in what way; and will a second vote produce a ‘remain’ outcome or not? Uncertainty is pervasive and is bad for the economy, bad for individuals (not least EU citizens in Britain and British citizens in the EU) while continuing political instability and deadlock is not a recipe for good governance or good policies in the midst of this chronic Brexit crisis.

If a deal does pass at Westminster – perhaps not until January – then the Britain will, indeed, leave the EU on 29 March 2019. But that will not be the end to uncertainty, just the start of a new phase. How long will the transition period be – until end December 2020 or longer? Will a Britain-EU free trade and wider relationship be negotiated successfully and what will it look like, and when might it be ratified? How damaging might it be to Britain-EU trade?

Even if the political declaration (alongside the withdrawal agreement) is more detailed than some now expect, the talks are likely to take sufficiently long that there could well be a change of government and change of tack before they conclude. And, unless the British government decides to go for a ‘soft’ Brexit of staying in both the customs union and single market (as a rule-taker – an unstable and undemocratic outcome), it is hard to see how there will be frictionless Britain-EU borders.

If there aren’t frictionless borders, then whatever Northern Ireland backstop is agreed should come into play. If that turns out be a Britain-wide indefinite customs union plus regulatory divergence for Northern Ireland, the future trade deal may never come into being (unless the rest of Britain does end up in a separate customs relationship to the EU than Northern Ireland). 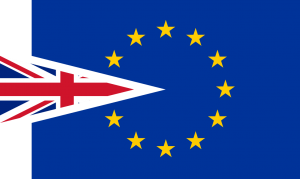 If Britain and Brexit politics is unpredictable in the coming months, then so is Scottish politics. At the SNP conference in early October, Nicola Sturgeon gave a clear message that a second independence referendum may not come very quickly. She has promised an outline of a route ahead once the Brexit deal is clear – although that may not now be until December, and even then the future will not be that clear.

YouGov polls also show that, across Britain, only a minority expect a deal to be done in time for Britain to leave in March – 62% do not expect a deal in time (or 75% excluding ‘don’t knows). So, if there is a deal, this will be a shock to the majority of the public. Nor is any deal, however hedged about, expected to be one of staying in the EU’s single market and customs union, so it will be one that the SNP’s MPs would be expected to vote against.

Whether the certainty of Brexit will lead to a larger independence bounce than polls currently suggest remains to be seen. But SNP politicians may find their ‘slowly-slowly’ approach to independence might not fit well with either the shock of Brexit actually happening, or the political turmoil that will go with ‘no deal’ Brexit or the rejection of a deal.

Of course, it’s still possible that a second EU referendum could keep Britain in the EU after all – something the SNP now back. And that outcome would certainly take away any Brexit-driven pressures for a rapid independence vote. But staying in the EU could still be accompanied by deeper political divisions and instability in England. Wherever Brexit goes next, business as usual looks very unlikely in Scotland and the rest of Britain.

Kirsty Hughes is Director of the Scottish Centre on European Relations (https://www.scer.scot/)

Against Brexit and for a ratification referendum