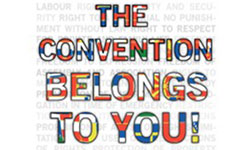 Scotland, apparently, will be protected from attempts to scrap the Human Rights Act (HRA). The Scotland Office has said it would not in practice apply here. The UK government position appears to be that the European Convention on Human Rights (ECHR) is devolved to the Scottish Parliament because it was built into the Scotland Act 1998 and cannot be removed by Westminster.

As a matter of law, the Scotland Act provides that legislation is outside the competence of the Scottish Parliament if it is incompatible with any of the rights contained within the ECHR. Equally, the HRA decrees that a member of the Scottish Government has no power to act in a manner incompatible with any of the Convention rights. However, the Scottish Parliament only legislates in relation to devolved matters and Scottish ministers only act with regard to devolved matters and it remains to be seen what level of increase in devolved powers occurs post the Smith Commission. Therefore, Scotland will be affected by the scrapping of the HRA in relation to reserved matters such as immigration.

A ridiculous situation is looming whereby Scots can avail themselves of convention rights in relation to devolved issues such as education but not with regard to reserved matters. Equally absurd – given that the ECHR is a treaty which the UK is signed up to – is the prospect that Scottish citizens have convention rights in areas where citizens in the rest of the UK won’t. Scrapping the HRA but remaining in the ECHR will create a legal mess. One can envisage a huge increase in cases being taken to the European Court of Human Rights in Strasbourg. Equally, the EU Charter of Fundamental rights which the UK is signed up to can be pled in domestic courts in relation to EU matters and mirrors much of the rights contained in the ECHR. So, if the UK doesn’t leave Europe after the proposed referendum then legal complications can only increase.

If the Conservatives were genuinely looking for a solution to the problems they raised, they would have to break with the ECHR altogether. However, I suspect even the current Conservative party does not want Britain to become the only European state other than Belarus to stand outside the Convention. In my view, the HRA has had a positive impact in the UK. It has been directly or indirectly of benefit to a number of groups whose interests are not adequately represented in the political process, such as asylum-seekers, life-sentence prisoners and those serving indeterminate sentences, prisoners subject to disciplinary proceedings, homeless people, incompetent patients, victims of violent crimes and their families who want to establish what happened to them, overseas victims of violations of Convention rights by agents of the state undertaking duties abroad, and people whose homes are subject to repossession by a landlord.

It has also been used to challenge the irresponsible power of the media by assisting people concerned about invasion of privacy and stimulating an extension of the protection given by the principles of breach of confidence to cover a somewhat wider range of privacy-related interests. In doing so, it has helped to make up for the weakness of the remedial scheme provided by the Press Complaints Commission.

In the UK Parliament, human rights standards have played a part in debate and scrutiny of legislation, largely thanks to dedicated and expert members of each house and to the work of the Joint Committee on Human Rights which has developed a practice of examining all Bills introduced to either House for compatibility with Convention rights.

Why then has the HRA become a political football? Essentially, it suits nationalist politicians. The Tories say they want to give UK courts and parliament the ‘final say’ on human rights issues. Scottish Justice Secretary, Kenny MacAskill, said he was ‘deeply concerned’ by the proposal. I would say that is a nationalistic response and not as it appears as positive endorsement of the European Convention. Back in June 2011, MacAskill accused the UK Supreme court of ‘intervening aggressively’ in Scotland’s independent legal system after it ruled that the Scottish system had twice breached the ECHR in significant criminal cases. Macaskill said most Supreme Court judges’ only knowledge of Scotland was through attending the Edinburgh festival. He also made funding threats aimed at the Supreme Court. Macaskill was simply making a nationalistic point. The Tories biggest problem right now is UKIP having amongst other problems recently lost two MPs to them. The Tory plan to scrap the HRA is primarily about attacking UKIP. Also some of the beneficiaries of the HRA are alleged criminals and immigrants and attacking them does the Conservatives no harm electorally. It’s straightforward politics.

Chris Grayling, the Justice Secretary, promises that the replacement of ‘Labour’s Human Rights Act’ by the Tories’ ‘British Bill of Rights … will ensure that Parliament is the ultimate source of legal authority’. However, that is already the position. If it were not MPs would have no power to scrap the HRA. According to Grayling, the European Court of Human Rights should no longer tie British judges’ hands, no longer issue ‘binding’ rulings that ‘force the UK to change the law’. This is misleading. Under the HRA, the UK courts only have to take account of rulings of the Strasbourg court.

The European Court’s rulings are binding on the UK as a state in terms of international law (though no one has yet found a way to enforce such law). But the Court’s rulings don’t bind British judges or Westminster. They don’t reach into domestic law, which remains the exclusive province of our courts and our parliament. This is demonstrated by prisoners voting rights north and south of the border. Strasbourg says there should be no ban on inmates voting. Both Westminster and the Scottish parliament have refused to change the law. This shows Parliament is supreme.

Take the Abu Qatada case often cited as a reason to scrap the HRA. Yes there was substantial delay but he was eventually extradited in circumstances where Jordan gave an undertaking not to lead evidence at his trial derived from torture. Grayling has said that human rights laws should apply in only the most serious cases and should be more clearly defined to stop courts applying them to ‘whole new areas of public life’. How do you define this? Grayling’s position could lead to an absurd position such as you only get access to a solicitor at a police station if you are on a serious charge such as murder but not shoplifting.

Also the HRA hasn’t stopped the government from pushing through tough legislation which they see as necessary. This is demonstrated by the controversial Data Retention and Investigatory Powers Act. Ultimately, parliament will do as parliament does, namely, create and repeal legislation. Let’s hope that some decency prevails and the HRA isn’t sacrificed for the sake of cheap politics.

Niall McCluskey is an Advocate and human rights activist.