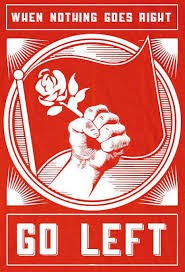 ‘Blimey, that was us!’ I spluttered, nearly choking on my Sangria. My holiday reading in Spain had been The Alan Clark Diaries, penned by the eponymous enigma who combined ultra right-wing politics, philandering and class snobbery with – perhaps somewhat surprisingly – passionate environmental concern. About 25 years ago, Pat Kelly, Bill Speirs, and I had spotted Clark waiting grumpily for his lift in the Station Hotel, Inverness – venue for the STUC’s Highlands & Islands Conference the next day. Back then a Ceilidh was held on the eve of Conference. Always game to have a light-hearted poke at the enemy, a spur-of-the-moment invitation was extended to Clark to join the festivities for a wee jig and a dram, given we were all ‘off duty’. Obviously taken aback, Clark gushed how terribly kind we were, but he was waiting to be picked up [heading to his massive estate in Sutherland] and therefore must decline. Happy with our display of magnanimity, we waved him off, proceeded with the evening’s hooley, and thought no more of it. But to our astonishment, his published diary went on to record the incident in unexpectedly glowing terms: ‘These were trade unionists, they knew I was a Tory, wasn’t this just typical of Scottish hospitality, etc, etc.’

Clark’s diaries, elsewhere, make equally gracious references to encounters and conversations with the likes of left Labour MPs, Ian Mikardo and Dennis Skinner. Further confirmation that those you face in politics are your opponents, whereas it’s within your own party that you find your real enemies. Labour and Tories still vie to see who can keep this particular fire burning brightest.

Brexit is awash with dilemmas: for Corbyn himself; for the new and the young (often naturally strong Europeans) that Corbyn has attracted to Labour; and for the likes of me too, who consider there’s plenty wrong with the EU, but it’s crazy to unleash Boris to rampage all over our future, wielding his gleaming Brexit scimitar in the interests of the class he represents. It’s always seemed bizarre to represent this ultra-right funded Brexit nirvana as being, simultaneously, a progressive step towards socialism and internationalism. We, I think, can be guided by an analysis without being imprisoned by it.

Corbyn’s dilemma is never about how he sees the EU. His position and record are crystal clear. It’s a neo-liberal capitalist club which fundamentally obstructs socialist policies. Delivering us from that would be glory enough, were it not that the Tories are driving the bus. Even so, Corbyn’s hardly going to let this one escape easily.

No, the real dilemma for Corbyn is how he deals with three different types of internal strife. First, there’s the predictable onslaught from the right of the party, seething and licking their wounds since day one of Corbyn’s impertinent elevation. ‘Use any weapon at your disposal’ isn’t just the battle cry of the bar-room rammy. Brexit, accusations of anti-semitism, anything will do as a proxy in the Labour right’s media-supported quest to snuff out its elected leader. This is an embattled and embittered Labour right, in a party of permanently locked horns. In the blue corner are those who tell us, endlessly, that policies without power mean nothing, versus those in the red corner who claim power without radical change is pointless. Cue permanent war.

Second, and more worrying for Corbyn, are the increasing departures from the script by Thornberry, Starmer, Gardiner and even McDonnell. Outward ripples which are bound to signify more rumbustious disagreements when the doors are closed. And third – and this is where Corbyn should be most concerned – many of his new, enthusiastic support seem to regard Corbyn’s instinctive anti-EU position (originating often before they were born) as something of a mystery, coming as it does from a hero in every other respect.

You have to hand it to someone who’s boosted Labour’s membership so incredibly. He even has his own song for goodness sake. But many fans are now singing another chorus: ‘Love Corbyn, Hate Brexit’. Maybe they’ll set that one to music too. For Jezza, this must now be an uncomfortably frequent refrain from young supporters who instinctively see themselves as European. Corbyn may soften if he feels he must, and there are some faint hints of that. But no-one should take that to mean he sees the EU any differently.

There are many reasons to admire Corbyn, even if it’s too much to hope that he might one day support change to Labour’s suicidal (in Scotland) position on the constitutional issue. Maybe the difficulty in weighing him up, overall, is my own dilemma. Eyes firmly on a general election, Jezza will tough out his own Brexit position as long as he can, even among those who surely must tell him daily that you can’t make progress wearing lead boots. Because if you’ve waited this long for a go at the second-biggest prize of all, nothing must get in the way. Even if that amounts to shoe-horning your own vision of Brexit into the type of country gent’s brogues more suited to Alan Clark.

George Reid worked for the Scottish Government and was a PCS Branch secretary and chair for thirty years. He is no relation to – but was frequently and sometimes hilariously confused with – his namesake, the former Presiding Officer of the Parliament.