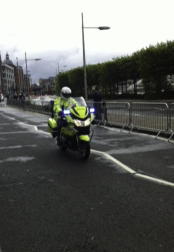 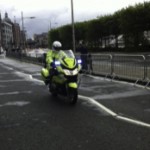 Police Scotland was founded on 1 April 2013 but the concept upon which it was based was discussed long before that. One of my late father’s duties in his job at COSLA was the policing brief and he discussed with me the idea of a unitary force many years ago.

My father – an advocate of a unified force – argued that it made no sense that Scotland a country with a population lower than New York City had eight police forces when New York had one. There seemed an inexorable logic then and I believe there is now that Scotland should have only one police force.

However, we are less than two years into this brave new world of Scottish policing and already serious concerns have emerged about the manner in which the new force is going about its business. The U-turn reversing a policy of sending armed officers to routine incidents by Sir Stephen House was an embarrassing climbdown for the first ever Chief Constable of Police Scotland.

This fiasco raised serious questions about the way Police Scotland is operating. It appears Police Scotland lacks appropriate accountability. Sir Stephen appears to have been able to radically change police culture without any oversight from the then Cabinet Secretary for Justice, Kenny MacAskill.

I am not advocating political interference in police practice but an issue of this magnitude ought to have been at least discussed by politicians and explained to the public. The Scottish Police Authority (SPA) appeared to have been asleep on the job whilst this debate has been raging. If Police Scotland is to regain public confidence then the SPA need to do its job and monitor Sir Stephen’s decisions. Scotland does not have a gun culture. Therefore, Sir Stephen’s original decision is utterly mystifying.

Also, Police Scotland thus far has produced an astronomic stop and search rate. The SPA discovered that the rate of searches carried out was nearly nine times higher than the rate in the New York Police Department. Again the SPA failed in its duties because this staggering comparison never made it into its final report.

Surely, the time has come for stop and search to be reviewed and placed entirely on a statutory footing. It is inconceivable that there is a justification for stop and search in Scotland on this scale. Nearly 85% of the 42,826 consensual searches carried out in August and September 2014 were unsuccessful. In the year to April, this policy cost the taxpayer £11.3m. This policy is expensive both in terms of money and public confidence.

Other concerns relate to issues such as the previous long term tolerance of sex workers in the Lothians, abandoned by Police Scotland which has created unnecessary tensions among officers and in local communities. The tolerant approach appeared to be working. No credible reason has been produced for changing it.

Furthermore, Police Scotland have been accused of excessive surveillance apparently at times viewing about 1,000 emails, texts, phone calls and social media messages in just one month. Whilst accessing data on communications is a legitimate part of Police Scotland’s work, one has to question surveillance of this magnitude. Again it is the scale of intrusion by Police Scotland without apparent justification that is a cause for concern.

These and other issues paint a picture that Police Scotland has asserted itself as a heavy handed and overbearing institution. I can understand the need for a new organisation to make its mark with the public but it needs to rethink their approach in order not to lose the faith of the people it purports to serve.

A colleague of mine told me recently that his 17 year old son had been stopped and searched by the the police for no reason. He had tried to bring his son up to respect the police. However, his son’s respect had diminished due to this incident. The only outcome from Police Scotland’s excessive authoritarianism is likely to be less and not more respect for the police. The integrity of Police Scotland is clearly vital to our criminal justice system in Scotland. Therefore, it is vital that Police Scotland focuses on serving the community – and not oppressing it.

Niall McCluskey is an advocate