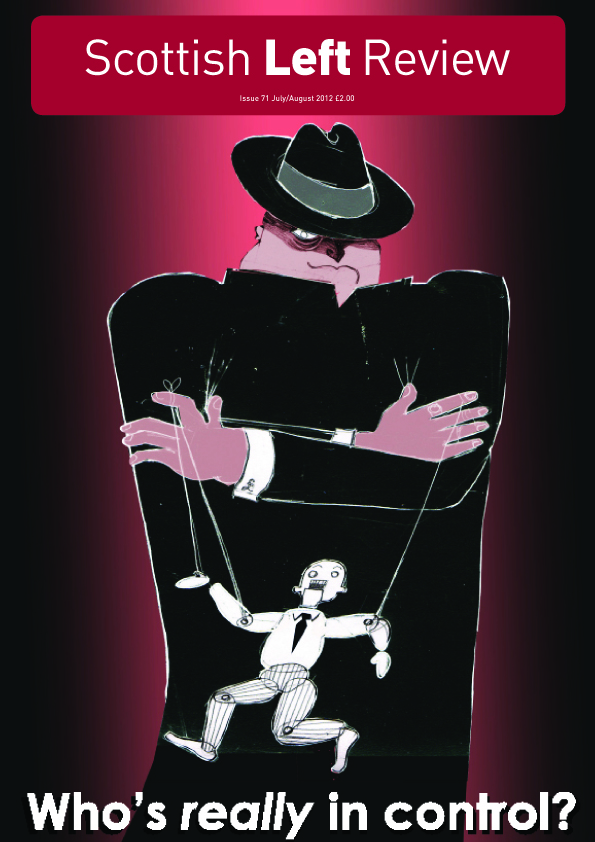 Scotland has a network of lobbyists, senior civil servants, financial services companies, media and others who exert an enormous influence over Scottish politics but who are largely outside the real of democratic debate. So who really runs Scotland? Will Dinan, Danny McGregor, Robin McAlpine, Vince Mills, Richard Leonard and Isobel Lindsay consider the implications. Also Matthew Crighton on Just Banking, Mick Whelan on the ScotRail franchise break-up, Chris Holligan on Scotland’s prisons, Anne McLaughlin on the treatment of asylum seekers and Donny O’Rourke on the legacy of George Wylie. Plus review of Habermas’s Crisis of the European Union, web review and satire in Kick Up The Tabloids.