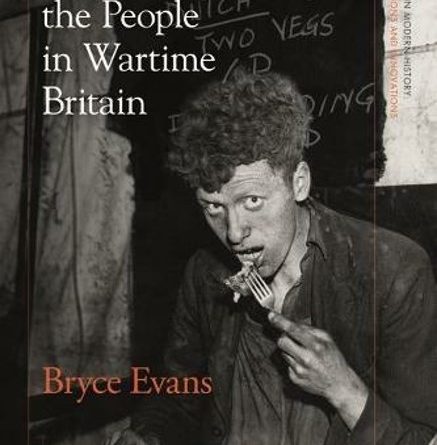 Bryce Evans recalls a time when food poverty was not privatised and individualised as it is now.

In the last twenty years, the food bank has become the staple response to food poverty in Britain. Most food banks are run by the Trussell Trust and most insist on recipients producing a written referral before receiving an ‘emergency food parcel’. The Trussell Trust claims to want to eradicate food poverty. Interestingly, it recently cemented its place as the market leader on the UK food poverty scene by forming a corporate partnership with Bank of America, a company associated with the financial meltdown of 2008 and the ensuing economic troubles which, ironically enough, aggravated food bank dependence.

The rise and rise of the food bank has ensured that our recent history of public dining rooms offering price-capped, nutritious meals to people has been rapidly forgotten. In 1936 William Beveridge, Director of the London School of Economics, composed a landmark memorandum anticipating war and calling for the re-establishment of emergency feeding schemes. During the Second World War, the British state duly funded mass canteen dining, known as ‘British Restaurants’.

The name was coined by Prime Minister, Winston Churchill, in 1940. Churchill thought the Ministry of Food’s preferred title – Communal Feeding Centres – was redolent of Dickensian poverty or Soviet monotony. The British Restaurant had been pioneered in the First World War as the ‘National Kitchen’ and the goal remained the same: to combat food and fuel price inflation and boost morale, the state would subsidise attractive yet cheap urban social eating spaces. After receiving a start-up grant from the Treasury, local government was responsible for recruiting a paid staff and restaurant management. Central purchasing ensured economies of scale, ensuring meals were cheap. The ensuing popularity of social eating meant that most of these canteens turned over a profit.

When it came to menus, a balance had to be struck between the Ministry of Food’s nutritionists, who were eager to get the British public eating more vegetables, and a general public resistance to healthier fare. State-sponsored social eating was accompanied by anxieties over its civilisational and cultural value and many British Restaurants, therefore, placed a premium on cleanliness and pleasant surroundings. Many of these sites incorporated specially commissioned artwork and some in London even featured invaluable paintings loaned from the Royal Collection. At their ubiquitous peak, there were 2,160 British Restaurants. The extent to which they were a high street fixture is illustrated by comparison to the number of McDonald’s restaurants operating in Britain currently, which is around half that figure. These were large prominent city centre sites, for example Glasgow’s occupied a prime spot on Argyle Street. The British Restaurant outlasted the war and post-war rationing, with some continuing to operate into the 1960s and 1970s.

Far from an historical oddity, cheap yet nutritious social eating was a successful way of combating what is today termed ‘food poverty’. These were popular cross-class venues and there was less stigma attached to their use than is commonly associated with food bank use today. While it might be assumed that the political left would champion communal feeding and the political right dismiss it, the political reception was more nuanced and examples of its proponents – from Churchill himself, to the writer, Barbara Cartland, Margaret Thatcher’s father, grocer, Alf Roberts, to millionaire emigré, Flora Solomon of Marks and Spencer – demonstrate this.

Often, wartime exigencies are quickly forgotten or dismissed, and communal dining is no exception. One of the great champions of the British Restaurant, Flora Solomon, would reflect ‘restaurants existed, and so did communities; but put the two together and you were introducing a practice so alien to the mentality of the British people it could be likened to replacing the brick walls of the Albert Hall with glass and turning the place into a nudist colony’. Yet Solomon and others successfully revived a First World War experiment in the 1940s, establishing the British Restaurant as a vital supplement to the ration book with tangible psychological and health benefits. Perhaps, it is again time to rescue canteen dining from its Orwellian image problem and recognise, in times of hardship, its social and economic use and supplementary benefit.

And yet rising food and fuel poverty today present a case for the reintroduction of social eating, a less stigmatising and more nutritious alternative to the basic food bank. When it comes to feeding people, the British state’s comfort zone has always been to leave this to private enterprise or charity, hence the current situation. This changed during the world wars, when the state subsidised experiments in social eating. It has often taken celebrity pressure to highlight how the state can do more to feed people and push it to do so, whether from Charles Dickens’ criticism of the Poor Law or Marcus Rashford’s campaign on school holiday hunger.

Now, with rising fuel and food prices, maybe it is time to embrace social eating once again. Not in the form of the pandemic’s ‘Eat Out to Help Out’ scheme, but as part of a sustainable effort to ensure people are eating healthily and affordably: one which improves on the dehumanising features of the basic food bank and makes social eating spaces once more ‘centres of civilisation’.