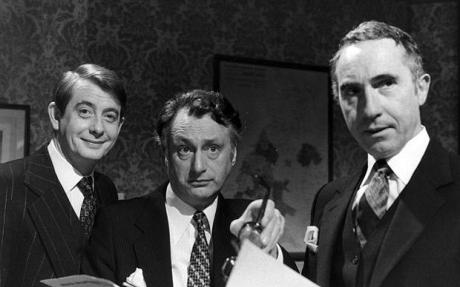 It was partly nostalgia that made the last issue of the Scottish Left Review (“Who runs this place?”) so enjoyable for me. It was all there from my youth: who was stopping the country getting what, democratically, it wanted? Vested interests, capitalists (in their new avatars, the big four management consultants) or that old standby the civil service – all getting together in Edinburgh’s New Club – a trip down the 1970s byways of memory lane. Wasn’t that why I joined the civil service all those years ago? Someone had to sit at the centre of the web, and it might as well be me.

It’s easy now to poke fun – just as it was easy then to imagine conspiracies to explain our national cockups. Humans find non-existent patterns in noise, and ascribe personality and agency to the random. We are made that way. Hence the entertaining popularity of ludicrous conspiracy theories – Elvis living on – or the cynical use of poisonous ones too disagreeable to mention here.

Why is devolved Scottish politics is so stuck? Why 12 years after devolution is there so little policy divergence across the UK? Remember “Scottish solutions to Scottish problems”?  Where are the policies that are innovative, ‘transformational’ as those management consultants say, or radical in the sense of getting to the roots of the problem? Why does all the evidence show the deep seated and persistent problems of Scottish society getting more embedded? If Scotland is indeed left-leaning, why can’t we seem to address the inequalities at their roots? And why indeed do we end up with policy changes that no-one really seems to want?

I want to offer three possible explanations, and one case study – and, sadly, nothing to incriminate the New Club.

First, one thing needs saying – if we devoted half as much passion and political attention to improving public policy as to agonising about the constitution, maybe we’d make more of an impact. I’m as guilty as any: but the opportunity cost of obsessing about referendums and devolution is high. Constitutional change is not a substitute for public policy – and too much nationalist debate reduces on analysis to a blunt assertion that things would be better simply by virtue of being Scottish. It would be good if life were that simple.

Political parties, governments, civil servants, none has a strong command of the new Scottish policy process, and most policy changes tend to be made if and only if there is a window of opportunity

Second, we need to be honest about Scottish public opinion. For good or ill, many Scots are Thatcher’s children, even if they won’t vote for her party. The data are quite clear on this: Scots are only a bit more likely to prefer more tax-and-spend than the English, and that view is declining in both countries. That Scotland, unlike the rest of the UK, is an egalitarian, mutually supportive society is mostly a comforting national myth. Myths are powerful, and often politically useful: but they are not evidence. This myth sustains such expensive egalitarian policies as lots of free stuff for the middle classes.

These two are challenges for nationalists and for the left: if you want to change things stop indulging in displacement activity, and start admitting how they really are. But they do not explain all of the problem: why is Scottish public policy unimaginative? My third explanation relies on an understanding of how policy is actually made. There’s an extensive, worldwide literature on this, going back many decades and consistently ignored by politicians and many civil servants too. The unexamined life may or may not be worth living, but be sure that the unexamined policy process will be repeated, and unsurprisingly will give you what you got the last time you did it.

There are lots of models of policy process: here are three. First, rationality – public policy based on evidence, analysis and intervention to achieve agreed aims. “What matters is what works”: politics turned into a technical rather than an ideological process. (Left-leaning readers with long memories will remember “Marxism versus Sociology” of the 1970s.) Of course rationality is bounded, both by lack of knowledge, and by explicit and implicit value choices – who determines the question is often more important than ensuring the right answer is figured out. Nevertheless we had quite a lot of that during the first two Scottish Parliaments: a great deal of investment in social research, more government economists, lots of data collection through household surveys and so on. All very useful, but anything but agenda setting, and a handy reason for delay – paralysis by analysis, as we used to say.

Then there is policy-making by adjustment amongst interest groups. We’ve had plenty of that, and its hallmark, consultation. Scarcely a week has gone by since devolution without a further consultation paper of some sort. But consultation, typically, subtracts rather than adds: it tells you what you cannot do, and not what you should. Any radical policy is bound to offend some interest group – typically, in Scotland, I’m sorry to say, a left-leaning public sector sort of interest group – and there is a high probability of watering change down.

And then finally there is the straightforward political model of policy-making. Politicians have ideas, based on their principles, gain political power, and have the authority to put those ideas into practice. And we have seen some of that: some manifesto promises have been delivered – free personal care, proportional representation for local government, free university tuition. But we can get government by list – the list of promises which can be negotiated in a coalition agreement, in the first two Parliaments. (‘Here’s my bad idea. I’ll see your bad idea, and raise you two of mine.’) Minority government was different: the list got a great deal shorter. It’s interesting to speculate how are majority government would feel, absent the constitutional question.

None of these models, of course, adequately describes the political process in the real world. Policy issues – ideas for change or problems that have to be fixed – move in and out of these three sorts of discourse. Each process has its veto points, and veto players. Any change risks being delayed by lack of evidence (and collecting it), blocked by an interest group, or stymied in the political process. It is exceptionally difficult to negotiate your way through all three. Political parties, governments, civil servants, none has a strong command of the new Scottish policy process, and most policy changes tend to be made if and only if there is a window of opportunity in at least two of the three channels through which they have to run.

Let’s take a case study: the last edition of Scottish Left Review asked how it was that we ended up with legislation to create a single police force (and might reasonably have asked the same question about a single fire service). This is a policy about which I myself have expressed some reservations, but let us just examine how it got through all the barriers.

We start with two real problems. First, there’s very great pressure to save money on public services. Holyrood has to balance the books. So Ministers are desperate for ways to save money. Second, the inheritance of our public bodies is a mess: we have a kind of organisational spaghetti Junction, of 32 councils, goodness knows how many health boards (blink and the Minister might abolish another one), and a plethora of agencies, commissions, quangos and the like. Despite repeated bonfires, and genuine, earnest efforts at ‘joining up’, the institutional landscape remains a very confused and messy one.

But previous efforts at ‘public sector reform’ ran into the ground. Whatever analysis was done, the potential costs of change, and the likely resistance from those affected, ruled out radical surgery. Before 2007, Labour Ministers had identified the oddity that police and fire services were based on the old regional boundaries, though the regions themselves were abolished in 1995. Police chiefs, determinedly independent, and not showing willing enough to make savings by sharing their back offices, were in bad odour with SNP ministers. So when Labour hinted in 2010 at mergers of police forces, the SNP were happy to trump them. Some rough and ready analysis was done to demonstrate this would save money (despite the short-term costs); senior police officers suddenly found they had little leverage, and few friends; and apart from the Liberals, there was no political opposition. Suddenly, and surprisingly, an opportunity was taken.

Of itself, this doesn’t show the police reform (and fire reform, carried along in its wake) is a good or a bad thing. But when you look at all the things the Scottish Parliament might have been doing, it’s quite a surprising thing. But it was, unexpectedly, a possible thing.

What would we have to do to get radical, transformative, policy initiatives put into practice as this one was? First, we need to marshall our intellectual and analytical resources into not just data and understanding, but putting well worked-out, practicable proposals for change onto the agenda.  He who decides the questions determines the answers. Second, those who want to promote change need to get very much better at the end-to-end management of policy change. Time scales are long, often longer than the political cycle: issues start life outside of government, move through it, and out of it again into implementation.

Devolution gave Scotland a new political system, but it did not – and probably could not – of itself create the institutions of a fully functioning polity. A small country can’t afford a huge range of think tanks, lobbying bodies and so on. We have limited resources, and should focus them, perhaps through a new institutional mechanism, in asking the questions, in proposing solutions, and then managing them into reality. The resources we have in the academic sector, in the public services themselves, need to be brought together in a way that can support the political process, rather than merely be driven by it. Some people have suggested this could be done by a new Scottish Institute for Public Service. At the very least, the idea merits consideration.