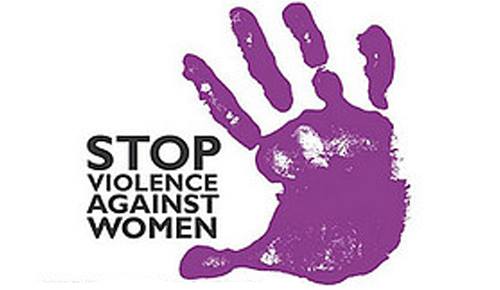 ‘Let us imagine a Scotland that begins from the hope of its citizens. It is a small but spacious country, and in our imagining, we see a society nurturing the common good of every girl, boy, woman and man … This spacious Scotland exercises a politics of dignity, justice, and care, in which all are invited to participate … animated by the spirit and practice of equality. Such a Scotland cannot tolerate gender-based violation, exploitation, or abuse’.

So begins a piece on violence against women in Scotland by the ‘Feminist Collective’ (comprising myself, Lesley Orr, Emma Ritch and Nel Whiting) written during the heady days of the 2014 independence referendum. The piece went on to describe violence against women as ‘an instrument that constricts women’s spaces for action in every aspect of our private and public lives … supported and protected by an enabling economic, social, and political system that privileges (some) men’s voices in public discourse, men’s seats at the tables of power and policy, and men’s interests in public and private institutions’.

This synthesis of women’s human rights, critical social and economic analysis, and a laser-like focus on power and control is just one of the legacies of feminist organising in Scotland and of the women’s liberation movement that began in so many places in the 1960s.

Challenging the ‘aye-been’ of male privilege and power, women across Scotland came together in kitchens, on the streets, in basement refuges, and finally in the organisations that advocate for elimination of violence and women’s inequality. Perhaps the most visible – and radical – result was the emergence of the women’s aid and rape crisis movements, and both Scottish Women’s Aid and Rape Crisis Scotland are marking their fortieth birthdays this year.

Women’s Aid in Scotland began during the 1970s, and its roots were in the Women’s Liberation Movement (WLM). The WLM was a vibrant, challenging, and exciting social movement which emerged in many countries around the world, including in Scotland, in the late 1960s. It brought together women who were angry about the many limitations women faced in their everyday lives, and new-to-activism women campaigned for equal pay, free childcare, financial and legal independence, an end to discrimination against lesbians, free and safe access to abortion and many other issues (see Sarah Browne The Women’s Liberation Movement in Scotland, MUP, 2014).

The WLM in Scotland first emerged in Lerwick, Dundee, Aberdeen, St Andrews, Glasgow and Edinburgh. Groups of women in these towns and cities got together to discuss their anger and frustration and from these discussions ideas for political action emerged. These campaigns included protesting for equal pay, going in to pubs and demanding to be served (women were often not allowed into pubs or were asked to sit in a separate area), and spray-painting offensive advertising with messages like ‘This is degrading and offends women’. They also set up a range of organisations and groups which last to this day, including Women’s Aid.

The first space for women leaving violent situations to open was in Chiswick, London in 1971, led by Erin Pizzey .In 1973 Women’s Aid groups were started in Edinburgh and Glasgow, quickly followed by the opening up of refuges. New groups soon sprang up in Dundee, Kirkcaldy, Perth, and further afield. In 1976, it was agreed that there was a need for a group to coordinate a network of Women’s Aid groups, and Scottish Women’s Aid was established. That network now consists of 36 local services from Shetland to Stranraer.

Most of the local groups offered ‘refuge’ – a place where women and their children could go to be safe from sometimes life-threatening violence and abuse. According to Sarah Browne, coordinating a Heritage Lottery Fund project called ‘Speaking Out: Recalling Women’s Aid in Scotland’ to mark the history of the women’s aid movement in Scotland: ‘The rapid development of Women’s Aid was inseparable from the movement’s distinctive feminist ethos, organisational structure and governance, with an explicit commitment to radical social change. Since the 1970s, the network and Scottish Women’s Aid (doing national strategic work as well as supporting the network) have contributed in significant ways to the shaping of legislation, social policy and collaborative partnership working – before and since devolution’.

Much has changed in Scotland since 1976, and women and children in most areas of Scotland can access a menu of services that extend beyond refuge and might include independent advocacy, one-to-one and group support, counselling, court advocacy, employability support, and CEDAR, which works with children and mothers to repair the damage to bonds that so often occurs in domestic abuse.

What hasn’t changed is the prevalence of domestic abuse. In 2015-2016, Police Scotland recorded 58,104 incidents of domestic abuse. According to Anne Marie Hicks, Scotland’s specialist domestic abuse prosecutor, domestic abuse ‘represents around 25% of our summary business with increasing numbers and complexity of cases received at solemn level’. Scottish Women’s Aid’s own figures, gathered on its Census Day 2015, are a one-day snapshot of abuse across Scotland. On that Thursday in September, 1,137 women children and young people contacted Women’s Aid, 789 women and 348 children were supported by a Women’s Aid group, and 95 women and 11 children and young people contacted Women’s Aid for the very first time.

Of course, these figures comes as no surprise to Scotland’s feminist community, given the lack of progress on such indicators of women’s inequality as the pay gap and the lack of women elected to local authority councils. As the aforementioned Feminist Collective wrote:

Women in Scotland earn less than men, depend more on the shrinking pot of welfare benefits, and are more likely than men to be members of the swelling precariat…. The vulnerabilities of precariously employed women—including migrant workers, domestic workers, and women on zero-hours contracts—to sexual harassment and other forms of sexualised violence (including prostitution) are obvious. Women experiencing violence (and the men who perpetrate it) have always understood its intimate relationship to women’s access to resources and the connection between income disparity and power.

So women’s economic dependence restricts their choices, reduces their access to justice, and guarantees that most women cannot ‘just up and leave’.

But there is no question that domestic abuse has gone up near the top of the public and political agendas, and Scotland’s cross-party consensus that violence against women is a cause and consequence of women’s inequality frames Equally Safe: Scotland’s new strategy on violence against women and girls. It is no accident that the strategy reflects the feminist analysis that linked poverty of time, power and money to Scotland’s problem with domestic abuse in 1976. And, Holyrood will soon be debating a new law on domestic abuse that promises to improve criminal and civil responses and to decrease the large-scale impunity that perpetrators of domestic abuse continue to enjoy in Scotland.

Equally Safe is an ambitious, comprehensive, almost visionary, strategy. Scotland is, I believe, the first country in Europe to imagine grasping the nettle of confronting women’s inequality head on in order to end domestic abuse and other forms of violence against women. There will be a backlash from men’s rights advocates and other vested interests. There will be gargantuan financial challenges if post-Brexit economic forecasts are even close to accurate. And, there will be fumbling and failure as we learn as we go. But oh the prize! Namely, a Scotland that ‘exercises a politics of dignity, justice, and care, in which all are invited to participate … animated by the spirit and practice of equality’.

Dr Marsha Scott is Chief Executive of Scottish Women’s Aid which is the lead organisation in Scotland working towards the prevention of domestic abuse and plays a vital role campaigning and lobbying for effective responses to domestic abuse.